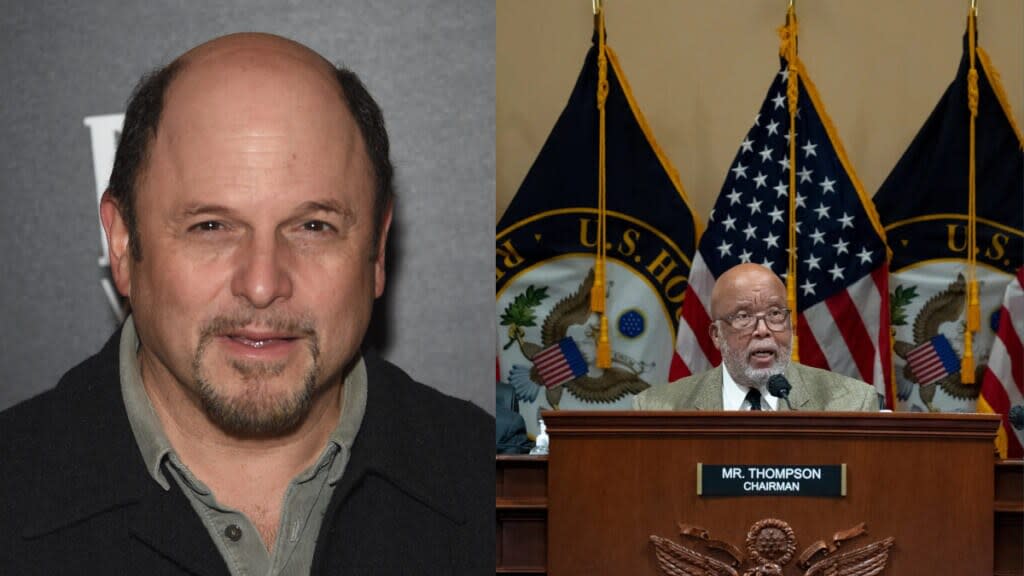 Jason Alexander is begging people to watch the upcoming Jan. 6 committee hearings, which will air in primetime Thursday.

In a video message on Wednesday, he told viewers that if they choose to tune in, they’ll have no trouble finding a network that broadcasts it — sort of like “Seinfeld.”

“It’s an important story because until we know the end of it, it’s a story that could happen again. It’s too scary a story for that to happen,” Alexander said of the hearings, adding that everyone should watch “regardless of your party membership or what you think you know or don’t know about the story, however much you want it to be.” . to just leave.

“It won’t go away until we fully understand it. That’s the least we can do,” he continued. “So, please gather your friends. Gather your family. Gather your community. Tell them to tune in. Any major network… It will be all over the airways. You can’t miss it, really. It’s a bit like ‘Seinfeld’ that way.”

“Seinfeld” originally aired from July 1989 to May 1998. Fans still enjoy the series on streaming and cable to this day, as the nine-season, 180-episode library continues to run in syndication. The series has made billions of dollars in the more than two decades since its finale.

In 2019, Paramount Global acquired the cable syndication rights to “Seinfeld” from TBS, and the series aired on Comedy Central last October.

At the end of Wednesday’s video message, Alexander suggested that for now, the public should set aside more light-hearted television tariffs in favor of these historic hearings.

“Once we know the end of the story, maybe we can go back to laughter and comedy and find the funny in things,” he said. “But let’s do this together now.”