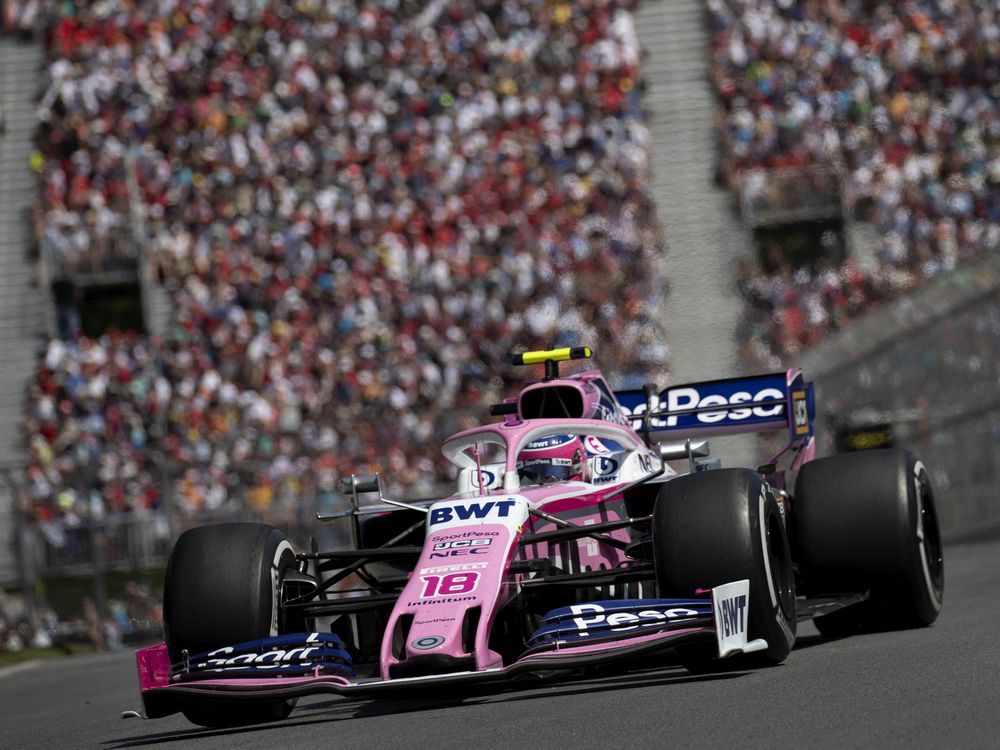 It doesn’t seem possible – but it’s been over three years since the signature screams of Formula 1 cars interrupted our afternoon naps.

Since June 9, 2019 to be exact. The day Sebastian Vettel took the checkered flag in his Ferrari at Circuit Gilles Villeneuve, to surrender his victory to Lewis Hamilton’s Mercedes with a time penalty, with Vettel’s teammate Charles Leclerc finishing third.

It was Hamilton’s seventh win at the track and the first of his record of 103 F1 wins. Unfortunately, Hamilton’s chances of winning an eighth Canadian Grand Prix at Île Notre Dame on Father’s Day are slim and nil.

Much to the frustration of the greatest driver of his time, the Grand Prix circuit arrives in Montreal with a porpoise sense. (I can see myself.) Porpoises, where a car bounces up and down at speeds of up to 200 miles per hour like a dolphin swimming through rough seas, is the talk of the season.

A repeat of the race in Azerbaijan on Sunday made it look like the Baku track was like most streets in Montreal in late March. Hamilton’s Mercedes looked more like a ride in La Ronde than one of the most refined cars in the world because of changes his car and other torture devices have made for those who drive it.

When the Baku race was over, Hamilton could barely clamber out of the car – and there will be no time for adjustments this week. The F1 circus had to pack up in Baku on Sunday for the 9,000-kilometer trek to Montreal, where they’ll be on track for the first practice session on Friday.

The truth is that Hamilton should have driven into the sunset in a blaze of glory after the final race of the 2021 season, which ended in disaster in Abu Dhabi when race director Michael Masi effectively handed over the win (and the drivers’ championship) to Red Bull driver Max Verstappen.

The incident, on December 12, led to Masi’s resignation and a review of safety car rules, but not the title Hamilton should have won. After a long period of indecision, Hamilton chose to return to Mercedes for another season – a decision he must regret, as his car is uncompetitive and his body takes a beating.

That is the underlying drama behind next Sunday’s race. That and the return of F1 racing to Montreal after a two-year hiatus due to the COVID-19 pandemic. The federal and provincial governments have already pledged to support two additional races, in 2030 and 2031, to replace those lost during a catastrophic spell for the tourism industry.

This weekend promises to be full throttle, with Montrealers thirsting for the annual festival season traditionally kicked off by the F1 weekend. After two boring years devoid of the usual circuses, people are ready to get on their feet and damn the consequences.

Montreal will throw a good party. It always does. However, the competition is a question mark. Porpoises aside, the Baku race was a boring study after both Ferraris (the only cars that could keep up with Red Bull this year) were sidelined by mechanical failures.

Any remaining drama the race could have had was dissipated when Red Bull team principal Christian Horner issued a brief team order forbidding his drivers to fight each other: “No fighting.” Sergio Perez, who had the fastest car of the day, was forced to cross and let Verstappen through.

You may understand Horner’s decision at the end of the season with a championship at stake, but F1 urgently needs rules to prevent such jokes at this point in the season when Perez himself can prove to be the better driver of the two to be. Perez should be furious – and so are racing fans in Baku who got the chance to see a real race.

As for Hamilton, this could well be his last corner at the track he has dominated. Since he’s been hesitant to return this season, the torment he’s endured in the cockpit this season would have been too much.

Hamilton thanked his team for his strategy on team radio after yesterday’s race after finishing the race fourth behind young team-mate George Russell and received an apology from team principal Toto Wolff in response.

Hamilton replied by saying, “Let’s make sure, uh, make some changes, huh?” To which Wolff replied, “Copy that.”

We will see. Enough for now F1 is back in town – lock, stock and gig.