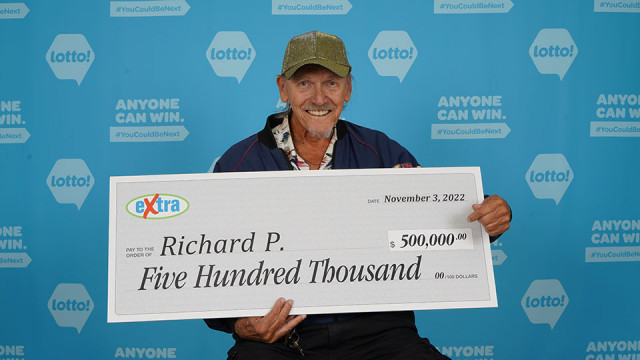 The holiday season is early here for a man from Vancouver.

Richard Perst takes home $500,000 after matching all four numbers on the Extra during the October 28 Lotto Max draw. After checking the ticket himself, he had the cashier check it again before calling his cousin in Ontario.

“She was very happy for me!” he says in a press release.

The big win gives Perst some freedom, he says.

“It’s a great relief,” he says. “I can have some golden years and it will allow me to do some of the things I’ve always wanted.”

He plans to use the money for a Christmas trip to Winnipeg, where he has relatives. Then he wants to go back to Florida, where he lived for 25 years.