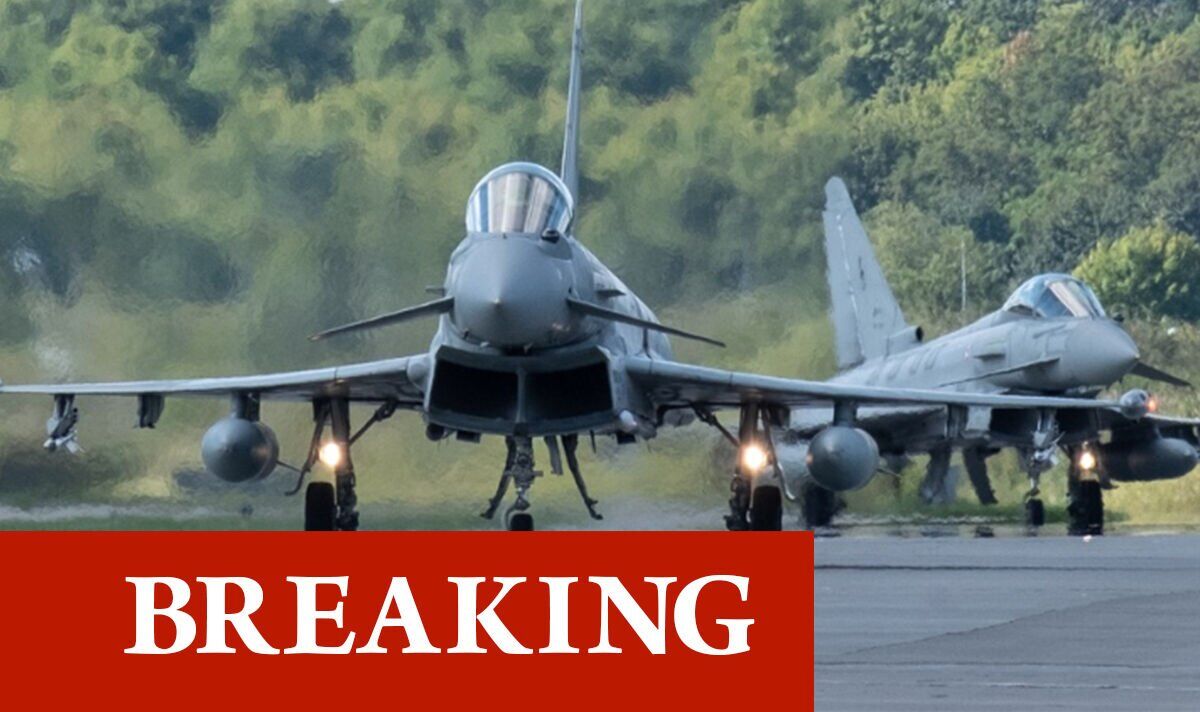 The Italian Air Force said it was called upon to take off immediately to guard Polish and Swedish airspace after intercepting Russian planes in the area. They announced the move, tweeting: “Another immediate start for the #ItalianAirForce #Eurofighters engaged in Air Policing activities in Poland to intercept 4 Russian fighters after entering first Polish and then Swedish airspace, before they were forced to return to Kaliningrad airspace.”

It comes as President Vladimir Putin formally incorporated four Ukrainian regions into Russia on Wednesday, even as his troops withdrew within them, as Moscow stepped up its energy war with Europe by further cutting gas supplies.

Putin continued the largest annexation of Europe since World War II and signed a law to annex the new territory, which represents up to 18 percent of Ukraine, some of which Moscow’s forces have no control over.

Adding Crimea, which Russia annexed in 2014, Moscow will claim 22 percent of Ukraine, though it has yet to determine where all its borders will be and its own forces have had to withdraw on two fronts.

The Russian leader’s signature was the final stage in the legal process to annex Donetsk and Luhansk in eastern Ukraine and Zaporizhia and Kherson in the south.

A map published by the state news agency RIA suggested that Russia wants large swathes of Ukraine under control of the Ukrainian army that is rapidly advancing in the east and has also made a breakthrough in the south this week.

Ukrainian President Volodymyr Zelensky said Tuesday evening that his army has recaptured dozens of cities in southern and eastern regions that Russia has declared as annexed.

Reuters was unable to independently verify his statements.

Zelensky said: “Dozens of population centers have been liberated since the Russian pseudo-referendum this week alone. These are located in total in the Kherson, Kharkov, Luhansk and Donetsk regions.”