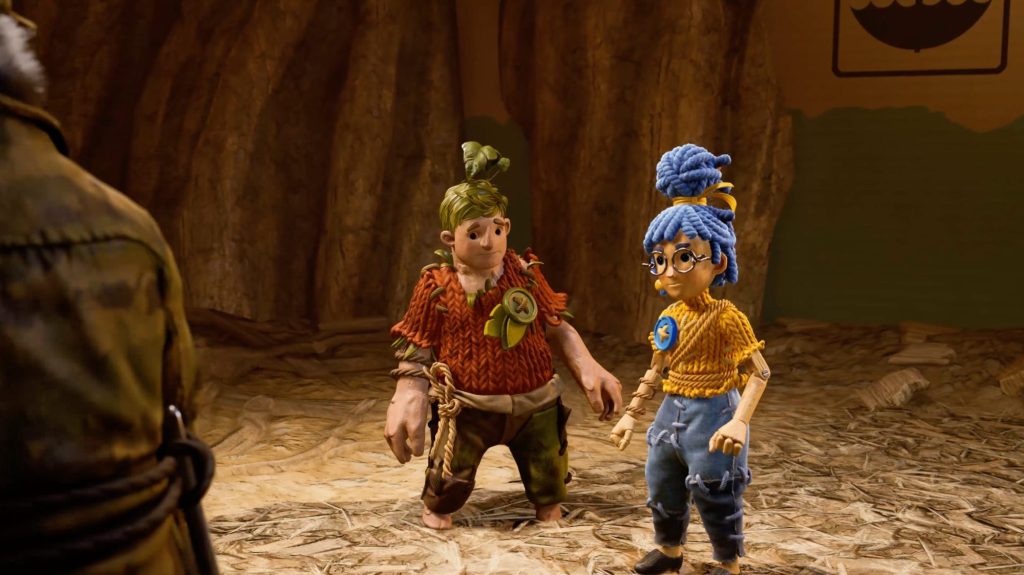 “It Takes Two” gets the movie treatment, with the project now set up at Amazon for priority development, Variety learned exclusively.

Variety reported in January that the game was being adapted for the screen. As previously reported, dj2 Entertainment will produce the film, with Seven Bucks Productions now teaming up with Amazon Studios to embark on the project. Dwayne Johnson, Dany Garcia and Hiram Garcia will produce on behalf of Seven Bucks. According to sources, Dwayne could also star in the film, but nothing is official at the moment.

The film adaptation follows May and Cody who, while going through a divorce, find their minds transported to two dolls their daughter, Rose, made to represent them. Now they have to go on a wild and fantastic journey to find a way to get back into their bodies.

“It Takes Two” is a unique game in that it does not have a single player mode, but rather is played as a co-op game with a friend in person or online. It has received strong reviews from critics since its release in March 2021. It has won dozens of industry awards, including Game of the Year at the 2021 Game Awards. There are currently over 10 million players worldwide. It is developed by Hazelight and published by Electronic Arts.

Seven Bucks Productions’ recent releases include films like ‘Red Notice’, ‘Jungle Cruise’ and ‘Jumanji: The Next Level’. They are also behind the first ‘Jumanji’ reboot movie, ‘Welcome to the Jungle’, as well as features such as ‘Skyscraper’, ‘Hobbs and Shaw’ and ‘Rampage’. Seven Bucks also produces the hit NBC series “Young Rock,” based on Dwayne’s childhood and early life. Next up for the burgeoning company will be the DC movies “Black Adam” and “League of Super Pets.”

This is the latest video game project that dj2 has launched in recent years. In addition to the ‘Sonic the Hedgehog’ movies, the company is also behind the ‘Tomb Raider’ anime series on Netflix and is currently developing a show based on games like ‘Disco Elysium’ and a movie based on ‘Sleeping Dogs’. They also set up the Sterling K. Brown-directed movie “Coyote Blue” at Amazon. In addition to their first-look deal with Amazon, dj2 has a second-look deal with Legendary Television.

Casey and Miller are best known for writing the hit “Sonic the Hedgehog” movies for Paramount. The first film grossed more than $319 million worldwide in 2020, while the second has collected more than $235 million since its earlier release in April. Casey and Miller return to write the third film in the franchise. They are also behind the Universal Pictures release ‘Violent Night’, an R-rated action movie from Santa Claus, due out in December.