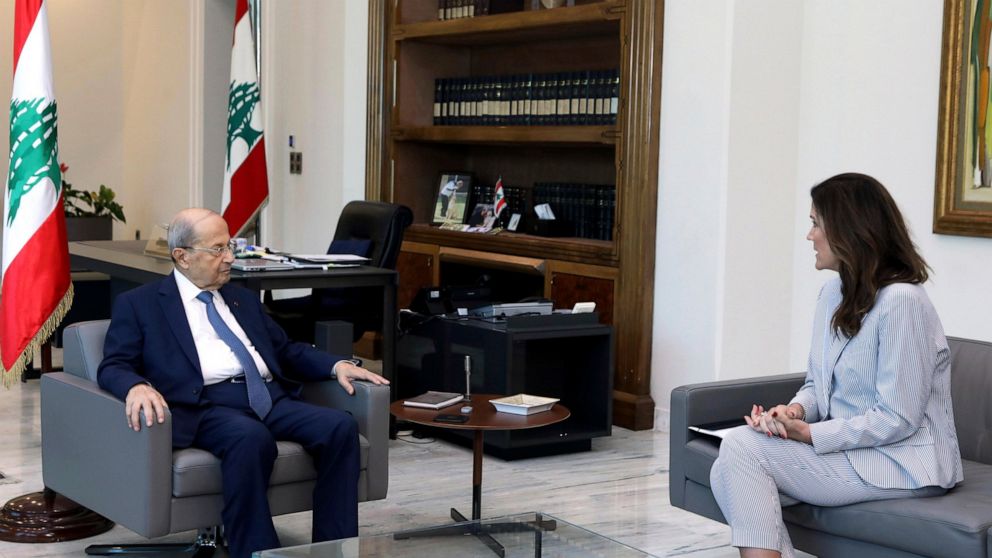 JERUSALEM — The Israeli prime minister on Sunday welcomed a US proposal to establish the maritime border with Lebanon, saying the US plan to resolve a long-running dispute between neighboring countries would improve Israel’s economy and increase regional security.

Prime Minister Yair Lapid said the proposal was delivered to both Israel and Lebanon this weekend. While he said it was still under study, he said the plan would strengthen Israel’s northern areas near the Lebanese border, allow Israel to produce additional natural gas and provide new revenues to the national treasury.

“This is a deal that strengthens Israel’s security and Israel’s economy,” Lapid told his cabinet.

He also said Israel would not oppose the development of “an additional Lebanese gas field” that extends across the maritime border, as long as Israel “gets the share we deserve”. He said this would weaken Lebanon’s dependence on Iran, contain Hezbollah’s militant group and promote regional stability.

He said the deal will be reviewed by legal and defense officials before a vote by the government. Israeli media said a vote could take place on Thursday.

The proposal was also delivered to the Lebanese leaders on Saturday.

Israeli opposition leader Benjamin Netanyahu, with whom negotiations began in 2020 and who hopes to return to power in November elections, said he opposed the emerging deal and would not be bound by it if reelected. Lapid, the country’s interim prime minister, hopes to fend off Netanyahu in the polls.

“Lapid has no mandate to hand over sovereign territory and sovereign assets that belong to all of us to an enemy state,” Netanyahu said.

Lebanon and Israel have been officially at war since Israel’s founding in 1948, and both countries claim some 860 square kilometers (330 sq mi) of the Mediterranean Sea.

Amos Hochstein, a senior energy security adviser at the US State Department who mediates between the two neighbors, last visited Beirut in September, expressing optimism after meeting Lebanon’s leaders.

Lebanon hopes to unleash offshore oil and gas production as it grapples with the worst economic crisis in its modern history, plunging three-quarters of the population into poverty.

A Lebanese official who attended the talks last month told The Associated Press that the US envoy’s proposal gives Lebanon the right to the Qana field, which is partly in Israel’s domain. Some of it extends deep into a disputed territory. The official added that the key point now is how to draw the demarcation line in a way that extends south of Qana. Lapid’s comments seemed to be a reference to the emerging agreement on Qana.

Israel has set up a gas platform at the designated location in the Karish field. Israel says the field is part of its UN-recognized exclusive economic zone, while Lebanon insists Karish is in disputed territory.

In July, the Israeli military shot down three unarmed drones belonging to the Iran-backed militant group Hezbollah that flew over the Karish field. Hezbollah’s leader has warned Israel about the maritime dispute, saying that “any arm” sticking out to steal Lebanon’s wealth “will be cut off”.

The heavily armed group, which has fought several wars with Israel, has repeatedly said it would use its weapons to protect Lebanon’s economic rights. However, Hezbollah officials have said they would support an agreement between the government of Lebanon and Israel.

Hezbollah leader Hassan Nasrallah in a speech on Saturday reiterated similar sentiments to Lebanon’s top political leaders over Hochstein’s proposal, reaffirming that the Iranian-backed party will support the position of Lebanese political leaders. “God willing, if it achieves the desired and best result, it would be the result of national unity, cooperation and solidarity,” he said.