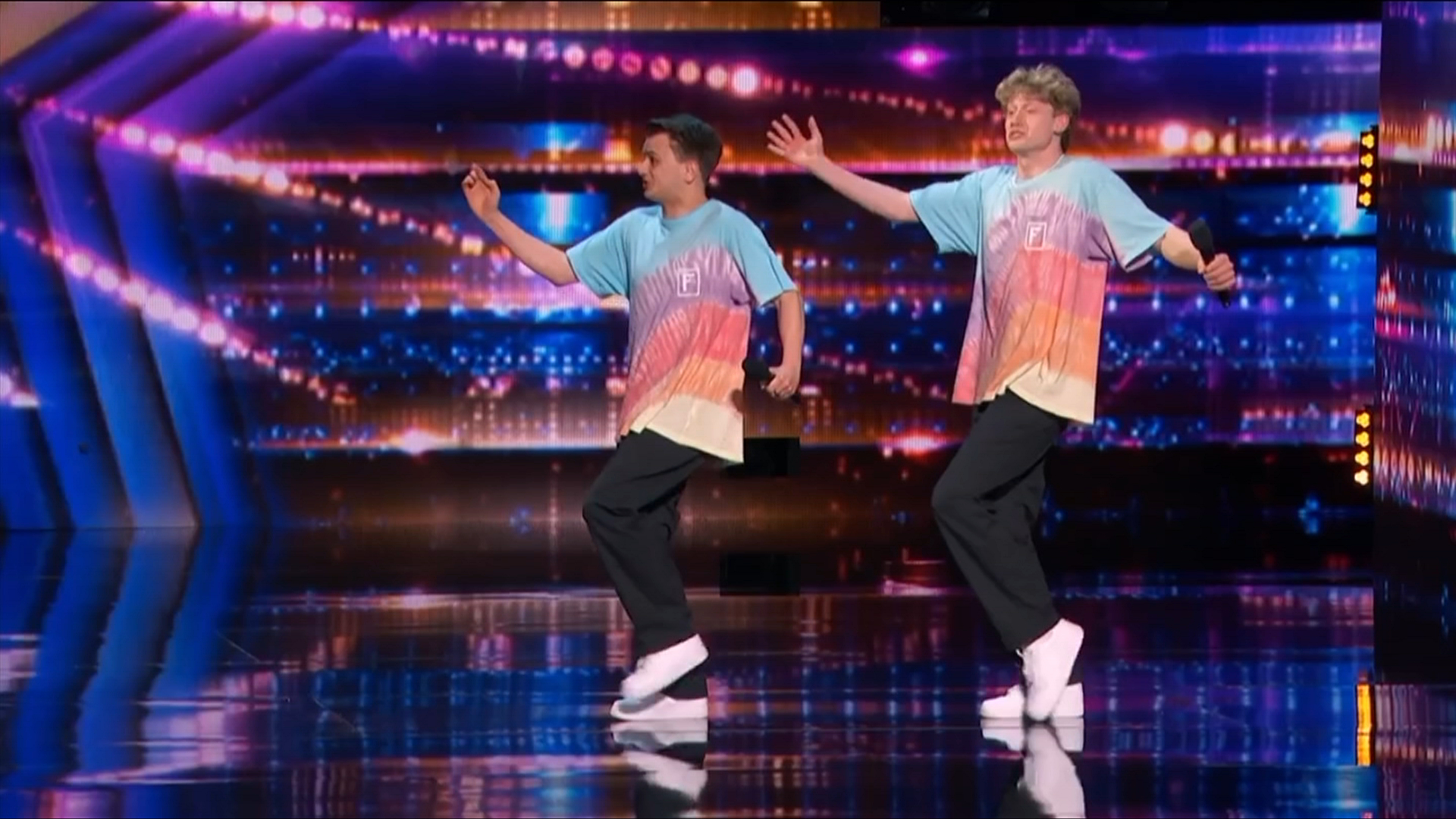 Nanaimo’s Jacksun Fryer and Cowichan’s Carlow Rush are no strangers to the limelight.

The duo known as Funkanometry were former contestants on the NBC show World of Dance, but it was a video of the couple dancing to Stayin’ Alive filmed in Nanaimo, giving them the chance to audition for America’s Got Talent.

“One of the main casting directors [said] “I saw your video on Facebook,” Fryer says.

It was a second chance at TV stardom the boys hadn’t expected.

“It’s even crazier now that it’s happened to us twice.”

“I didn’t think we were going to go to another show, but it happened,” says Rush.

As for how the audition went, Fryer and Rush performed a medley of classic songs, knocked the house down and even impressed one Simon Cowell.

“We were a little stressed about Simon because you know him,” Rush says.

“He liked it in the end and I think on stage we gave a secret dab on stage just when he liked it,” Fryer added.

Funkanometry now moves on to the next round of the competition, with Fryer and Rush hoping their journey continues.

“We’re happy with our audition, but going through, if we make it to the live shows, would mean a lot,” Rush says.