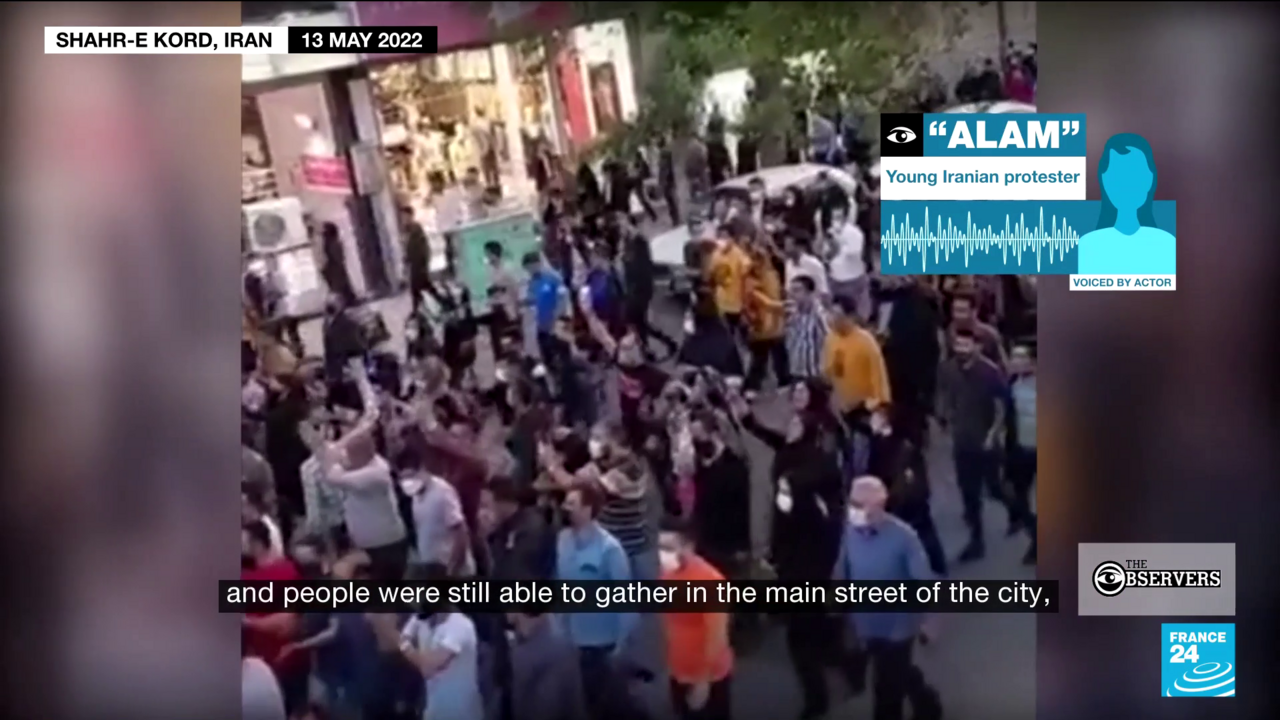 Since early May, Iranians have taken to the streets to protest rising prices of basic goods, which have pushed prices up to 300%. The economic protests quickly turned political, with people calling for the fall of the regime while security forces cracked down on dissent. We spoke to a young Iranian protester who said “enough is enough”.

The move is the largest since 2019, when protests over gasoline prices sparked widespread unrest. At least 1,500 people were killed by security forces.

‘The people will keep this up to the end’

Alam (not her real name) went out to protest in her city in Khuzestan province.

There were many anti-Khamenei slogans simply because he is the one responsible for our situation. His politics of the past 30 years have brought us here.

And the people will keep this up to the end. They tried to disperse us. They fired tear gas, many of them firing into the air and at people. I heard some people in town got hurt. We were there after midnight. There is a lot of police and Basij troops [the paramilitary branch of Iran’s Revolutionary Guard Corps] in the streets.

As in 2019, the current wave of protests started due to economic concerns. In early May, Conservative President Ebrahim Raisi announced changes to a system of subsidies and increases in the prices of many commodities, including cooking oil, chicken, eggs and milk, to deal with Iran’s economic difficulties in the face of international sanctions.

All my brothers and cousins ​​and myself are university graduates and we are all unemployed. We have to live with our parents, who can’t make it through the month. And it’s not just us, I think half of the young people in our city live in the same situation. They live with their parents, with seasonal work here and there.

We have not been able to buy meat for at least three months because it is too expensive. And now, with the skyrocketing prices of bread, pasta, oil and eggs, what else can we eat? If you can find it, bread is twice as expensive as before. These are – or were – our staple food ingredients.

A video shows people fighting over cooking oil at a shop in Karaj, west of Tehran, on May 12.

Enough is enough. I hope people from other cities will join us to make a general uprising like in 2019, but this time we have to go on till the end. I know they would kill many of us, but it’s a quick death. I prefer that to the slow, painful torture we are now undergoing.