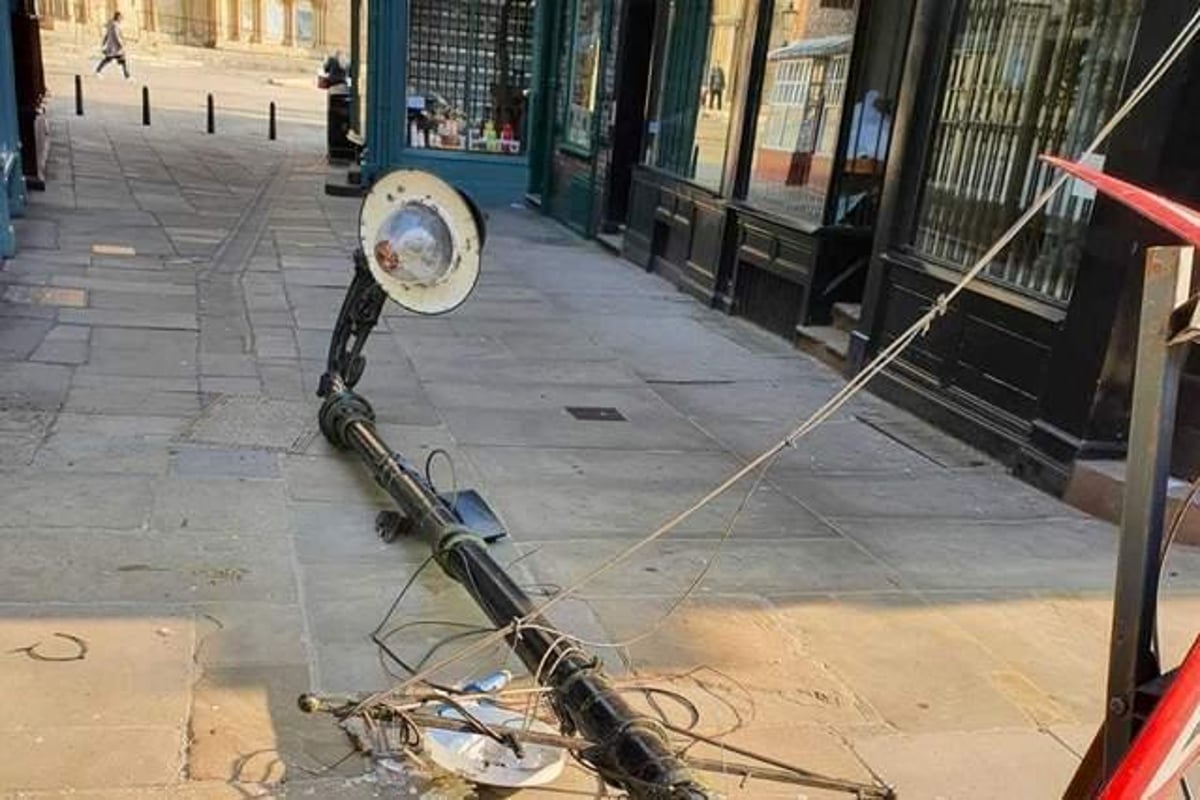 Repairing the lamppost between High Petergate and Minster Gates costs more than three times what it would cost to replace it with a steel lamppost.

But Andy D’Agorne, transportation executive, said it was important to preserve the city’s heritage.

Andrew Morrison, CEO of York Civic Trust, said: “It is a unique piece of industrial heritage in the city.

“As the city gets more genteel and more modern, heritage is lost, so it would be very important to put that lamppost back, fully repaired.”

Morrison said his organization would be willing to help the council make up for the cost difference “as a last resort,” either through their own reserves or by launching a crowdfunding campaign, if the insurance claim falls short.

“We think the lamppost is so important,” he added.

Earl Mark Warters said the repair was only made more expensive because a council official cut the mail into smaller pieces when he collected it after it was knocked down in March.

Director of Transport, Environment and Planning, James Gilchrist, said: “The insurance case will take some time.

“The municipality will vociferously chase the insurance company for the full repair costs.”

Coun D’Agorne added: “It is somewhat ironic that the uniqueness of this lamp has not been more widely recognised until now.

“It is clearly important to balance heritage with costs and safety for the general public.”