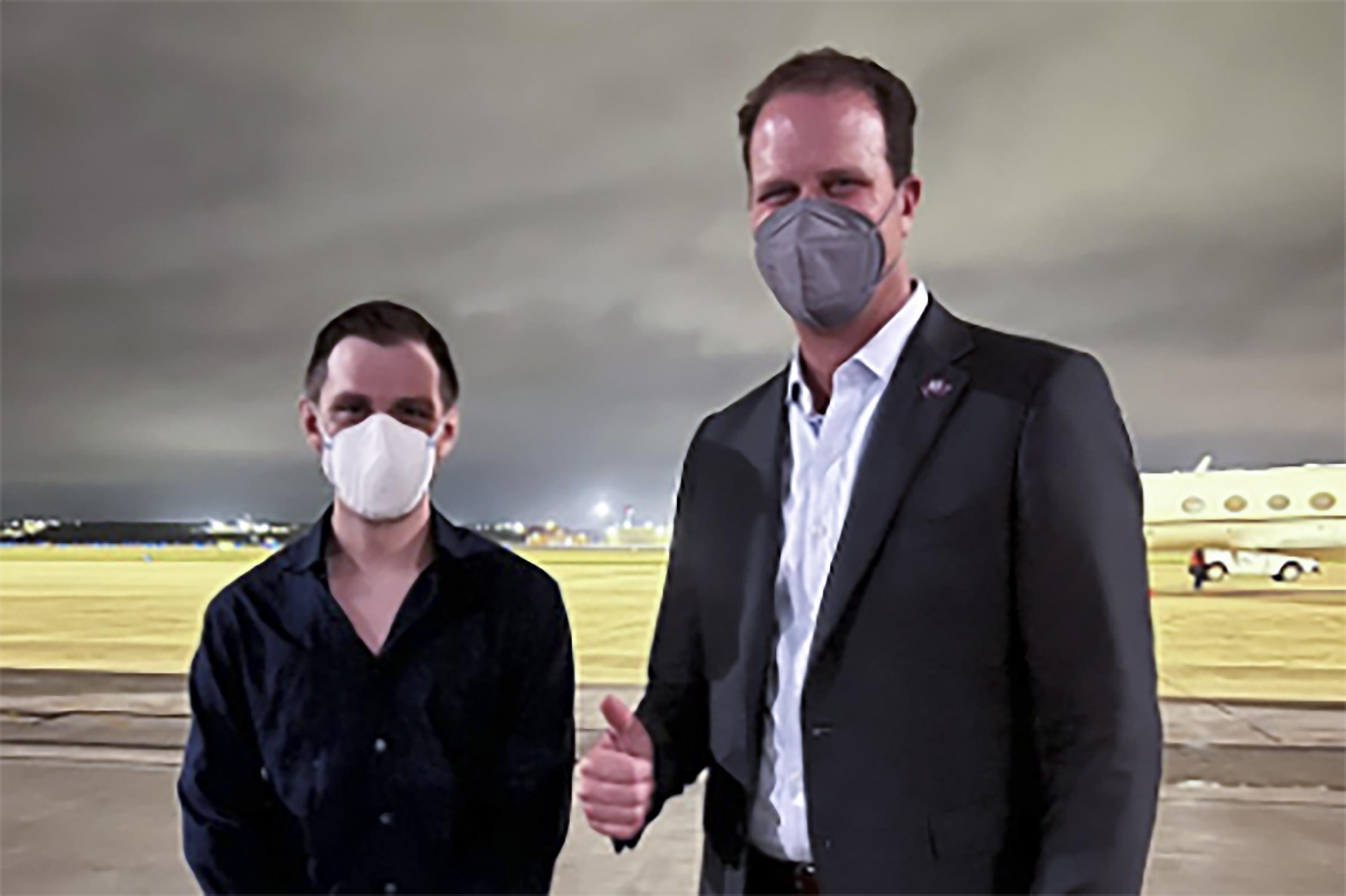 WASHINGTON (AP) — The worst possible time to bring Trevor Reed home turned out to be the best.

With US-Russian relations at their lowest point in decades, it seemed an unlikely time to hope for Reed’s release, a former Marine who has been held in Russia for nearly three years. But this week, the Biden administration finalized the kind of deal it seemed to resist before, swapping Reed for Konstantin Yaroshenko, a Russian pilot and convicted drug trafficker serving a 20-year prison sentence in Connecticut.

A series of events and considerations over the past two months have facilitated the swap, including mounting concerns for Reed’s health, a private Oval Office meeting between his parents and President Joe Biden, and a secret trip to Moscow by a former diplomat on the eve. of the Russian war with Ukraine.

“All three of those forced the White House to make a decision they hadn’t made before,” said Mickey Bergman, vice president of the Richardson Center for Global Engagement.

How the war – and the collapse of US-Russian relations – affected the deal is not clear. US officials stressed that negotiations for Reed’s release were limited in scope, focused entirely on the detainees and not the war in Russia, and did not reflect broader diplomatic engagement. But while the timing of the deal was surprising, it’s also clear that the groundwork for it was laid before the conflict even started.

“I did it,” Biden told reporters about the deal on Wednesday. “I raised it. I raised it three months ago.”

Just as the war was about to begin, Bergman and his colleague, Bill Richardson, a former U.S. Ambassador to the United Nations and ex-Governor of New Mexico, flew FedEx CEO Fred Smith’s plane to Moscow to meet with the Russian government. . officials. It was a continuation of negotiations they were conducting for the release of Reed and another imprisoned American, the company’s security manager, Paul Whelan.†

They left with the outlines in place for the one-to-one exchange that eventually took place.

In Texas, Joey and Paula Reed worried that Russia’s war with Ukraine, and the resulting tensions with the US, could cut off communication channels and prevent a common ground for negotiations. During meetings with government officials over the past year — including with the Justice Department, which was prosecuting Yaroshenko — the pair expressed support for a swap, but said they didn’t think it was a viable option.

“They didn’t say, ‘Oh, we agree with you, that’s a lot. That’s a good point,” Paula Reed said in a February interview with The Associated Press. “They didn’t say anything like that. They just said, ‘We hear you. Thank you very much.'”

But weeks into the war, the couple did something that caught the attention of the White House.

As Biden traveled to Texas to support veterans, the Reeds stood by the motorcade, hoping to have a meaningful conversation with the president. That did not happen, although he did speak to the couple over the phone. Later that month, they arrived in Washington and stood with placards at the White House in hopes of meeting the president again.

This time, they were invited to the Oval Office for an interview with Biden and other government officials. The White House released a statement that evening reiterating its commitment to get Reed and Whelan home, an issue senior officials had raised during private meetings with Russian leaders.

The meeting was a rare piece of presidential entry for the family of an American detainee, especially since Biden himself has been less public than his predecessor, Donald Trump, about trying to get Americans home. Behind the scenes, however, Biden and Secretary of State Antony Blinken were working with the Russians to raise the issue, and Roger Carstens, the presidential special envoy to hostage-taking, was also working on the matter.

Reed’s health hung in the background. In March, Reed told his parents that he was coughing up blood several times a day, had pain in his lung and a broken rib. He contracted COVID-19 last year. Even on Wednesday, his parents were amazed at how skinny their son looked during video footage of the transfer. They said they expected he would need medical care before resuming his daily life in Texas.

“He tells stories,” she said. ‘He flirts with the nursing staff. It is awesome. It’s great to see.”

Separately, a lawyer for Yaroshenko has said that his client also suffered from multiple health problems and had previously unsuccessfully attempted to release him from prison on compassionate release due to the pandemic.

Whelan, who is serving a 16-year prison term on espionage-related charges his family says are fabricated, were banned from any deal, as was Brittney Griner.a WNBA star who was detained in February after Russian authorities said a search of her purse revealed a cannabis derivative.

The Whelan family said in a statement that they were happy with Reed’s release, but were concerned that their loved one was not part of it.

“Paul has already spent three and a quarter years as a Russian hostage,” the statement said. “Is President Biden’s failure to bring Paul home an admission that some cases are too difficult to solve? Is the government’s fragmented approach reaping the low-hanging fruit?”

Richardson, who has helped facilitate multiple releases of US prisoners and hostages in recent years, said the Biden team deserves credit for authorizing this particular swap at a time when US-Russia relations were so low.

“It doesn’t matter who gets the credit,” Richardson said, “as long as hostages like Trevor Reed are home.”