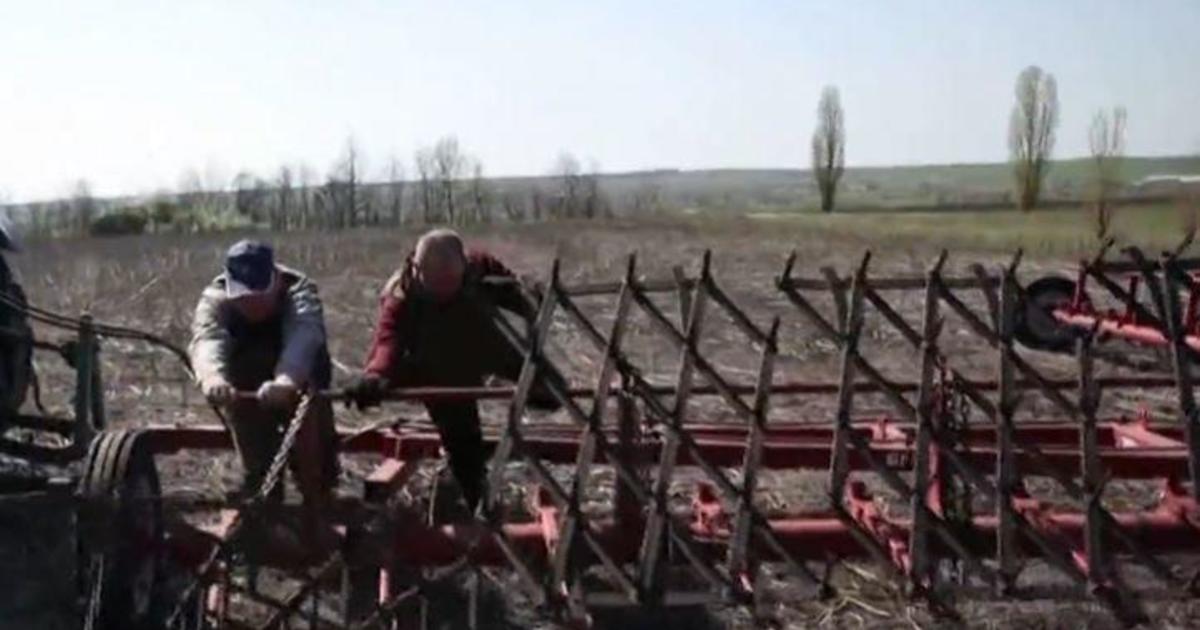 Odessa, Ukraine — A senior official in eastern Ukraine says Russia is sending more troops into the country in an attempt to take another major city. The governor of the Luhansk region, in the eastern industrial heart of Donbas, says Ukrainian troops are increasingly struggling to keep Russian forces at bay. President Volodymyr Zelenskyy has said that: Russian troops now control 20% of his land — much of the east, along the border with Russia.

But Russian forces aren’t just squeezing Ukraine out by land, they’re also cutting off access to the sea, and since Ukraine has long been called the breadbasket of Europe, that blockade is causing global food shortages.

CBS News correspondent Chris Livesay has been to Odessa, the once thriving seaport where the food crisis is coming to a head. More than 20 million tons of grain are stuck on the coast of the city.

President Zelensky has said the mountain of food jams could triple in size this fall unless the blockade of the city by Russian forces is ended.

On Monday, the Russian envoy to the United Nations stormed out of a Security Council meeting in New York when European Commission President Charles Michel reprimanded his country for “using food supplies as a stealth missile against developing countries”.

Much of the humanitarian food aid distributed in crisis and conflict areas came from Ukraine before the Russian invasion began in February. Ukraine has long supplied wheat and maize to some of the world’s most deprived populations.

Now Livesay says many of the country’s wheat fields have been reduced to minefields or active battlefields.

Those brave enough to continue working the land risk their lives so that others can eat.

But the flow of food from Ukraine has been minimized by Russia’s land invasion and sea blockade.

The best way to defeat that multi-frontal attack, Zelenskyy says, is with advanced missile systems, such as those currently underway from the United States. The Ukrainian leader says the heavy weapons could be used to allow safe passage for shipping through the Black Sea.

“I just believe that once we get these systems, it will be the most powerful guarantee,” he said.

Russian ships are not the only threat to Odessa. There are also mines – mostly Russian, but also Ukrainian. They have been laid to protect the city, Captain Natalia Humeniuk told Livesay, because “the danger of a Russian amphibious assault on Odessa is still very real.”

She accused Russia of tricking her country into using old Ukrainian mines that Putin’s forces captured when Moscow annexed the Crimean peninsula in 2014 to now block the passage of food shipments.

As fears mount over a worsening global food crisis, the French government has called on the world to find a so-called exit for Putin to end his disastrous war — one that would prevent the Russian president from being humiliated.

Humeniuk is not convinced that this is still a viable option.

“It is impossible for Putin to humiliate himself or his country more than he has already done,” she told CBS News.

US Secretary of State Antony Blinken has called the Russian food blockade “blackmail” and accused Moscow of stealing the grain to sell it for its own profit.

Farmers in southern Ukraine have told Livesay that the Russian invaders are stealing not only their grain, but also their equipment.