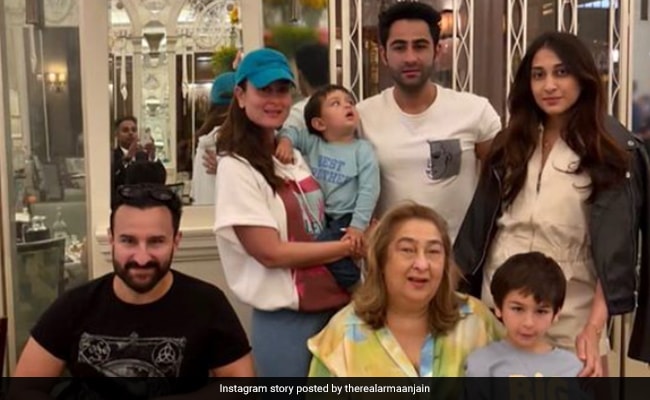 Kareena Kapoor with family. (thanks to: therealarmaanjain)

Kareena Kapoor, who is currently on holiday in London, may not have posted any photos from her vacation to Instagram, but her relatives have made up for it. Kareena’s cousin Armaan Jain and her sister-in-law Anissa Malhotra shared photos from their family dinner on their Instagram stories. The pictures show Kareena Kapoor happily posing with Aunt Rima Jain, Cousin Armaan Jain, Sister-in-law Anissa Malhotra and Cousin Nitasha Nanda. Another shot also shows Kareena’s husband Saif Ali Khan and sons Taimur and Jeh Ali Khan. The photos were originally posted by Anissa and Nitasha on their Instagram stories and later shared by Armaan Jain.

View the images of the fam-jam here: 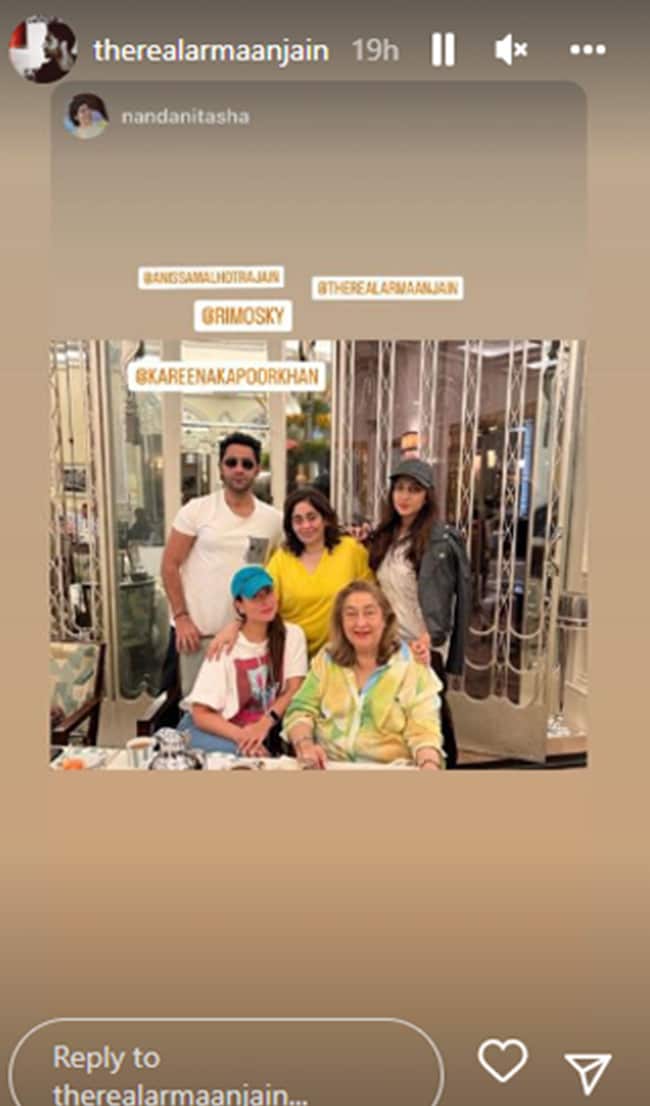 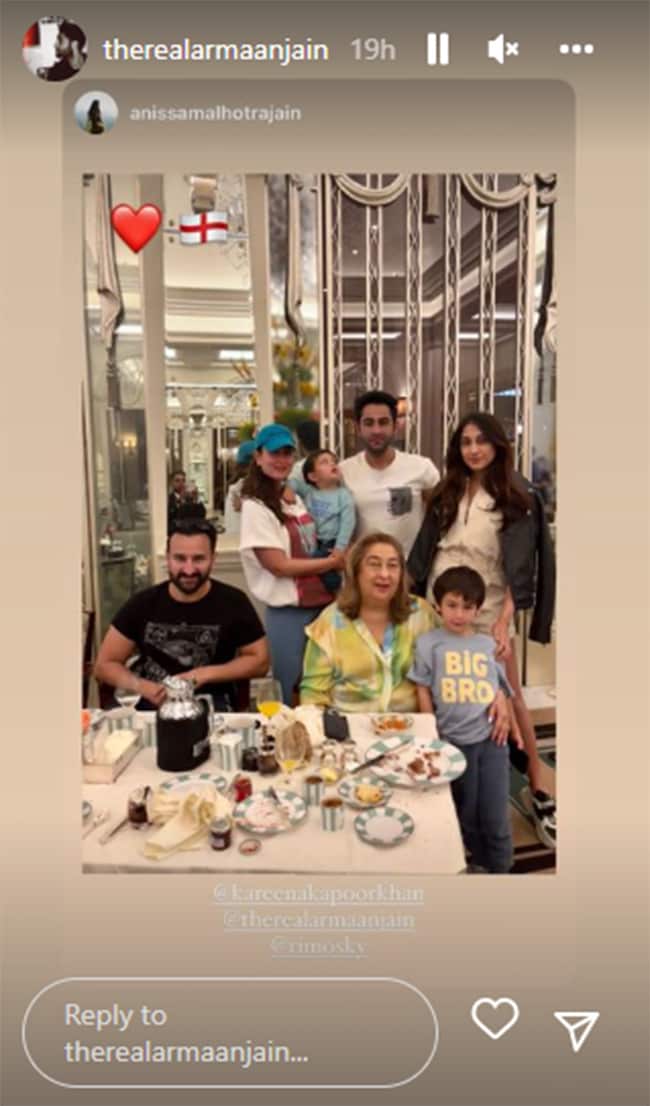 Kareena Kapoor has checked in to the UK by sharing a photo of herself drinking coffee. She captioned the post: “Waiting two years for you baby Pret. Sipping my coffee. Coffee lover.”

Kareena Kapoor and Saif Ali Khan, co-stars of films like Omkara, agent Vinodi and Kurbaanfell in love while shooting the movie station† They married in 2012. They are also the parents of Taimur, 5. Kareena Kapoor and Saif Ali Khan welcomed son Jeh on February 21 last year. “We are blessed with a baby boy. Mother and baby are safe and healthy. Thank you to our benefactors for their love and support,” Saif said in a statement.

In terms of work, the actress was last seen in the 2020 film Angrezi Medium, starring the late actor Irrfan Khan and actress Radhika Madan. Kareena will be featured in Aamir Khan’s next Laal Singh Chaddhaa remake of the 1994 movie Forrest Gump† Kareena shot during her pregnancy for parts of the film. The actress will be featured in Sujoy Ghosh’s self-titled film, starring Vijay Verma and Jaideep Ahlawat. She will also co-produce a film with Ekta Kapoor.