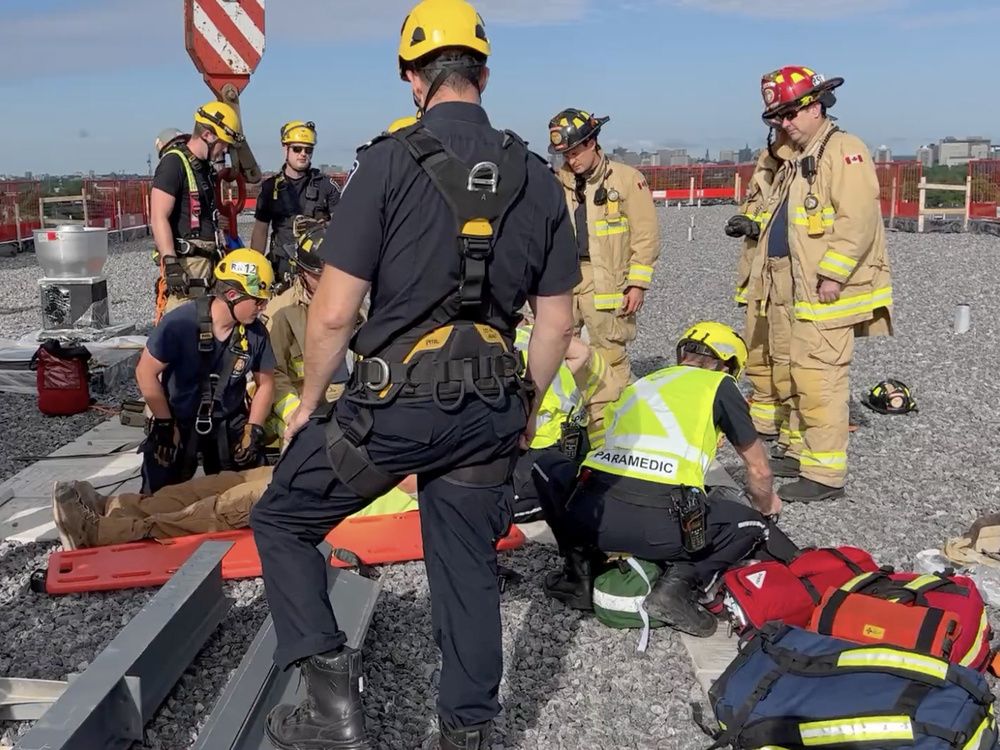 The worker was struck by metal at the construction site between Burleigh Private and Snow Street, the Ottawa Fire Department said.

The man’s injuries are not life-threatening, said the Ottawa Paramedic Service, which was called at 7:40 a.m.

Paramedics transport him to the trauma center in serious but stable condition.

To stage the rescue, a firefighter first climbed a crane carrying a Stokes basket. Paramedics tended to the injured worker on the roof while firefighters “packed” them in the basket.

The rope rescue team then brought the worker safely to the ground.