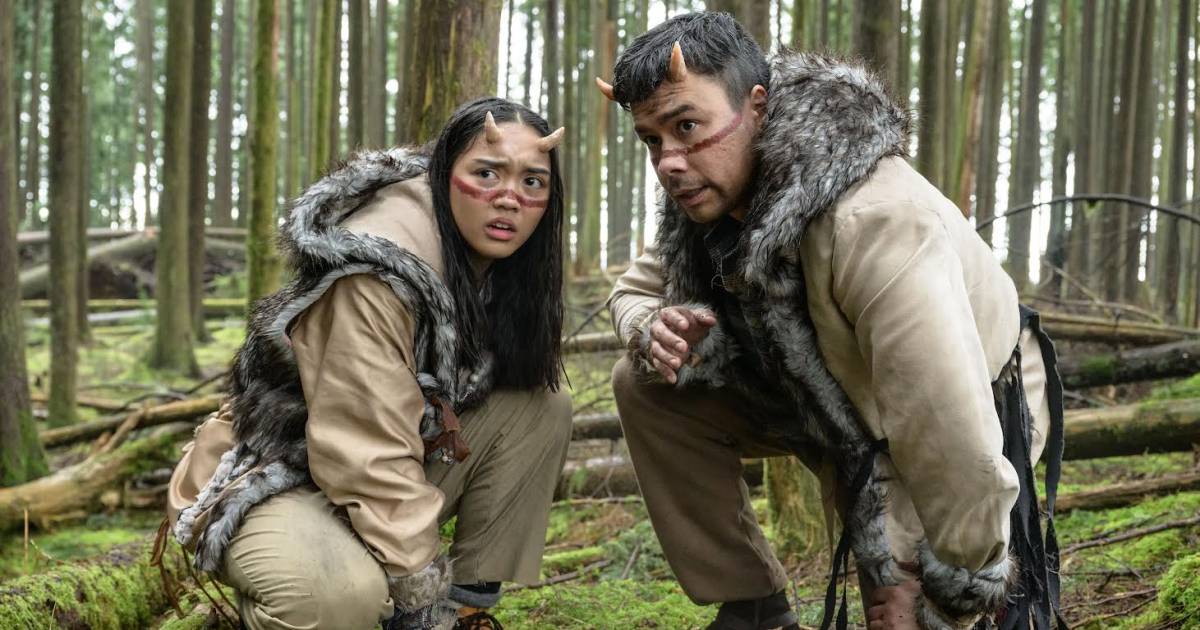 Before moving to Vancouver to study film at Emily Carr University, Yukon native Kenny Welsh spent eight months in Dawson City. Luckily for him, the old home of the Klondike Gold Rush had a small video store, where he could score 10 movies for about $15.

“They really had a huge range of horror movies,” Welsh recalls on the phone from RealWorld Media, the local TV and film production company where he works as an editor, “so most of the time I just spent most of my day there watching horror movies.”

Welsh’s fondness for scary movies can be easily established by watching his short film “The Faraway Place”. One of six finalists in this year’s Crazy8 competition, it’s a horror/fantasy that depicts two people, a young woman and her father, being chased into the woods by thugs in red cloaks. The reason they are hunted is because they both have horns sticking out of their foreheads.

“I wanted to make this film as a metaphor/co-representation of colonialism,” says Welsh, “because I’m native, but I didn’t grow up with the culture, especially because my grandparents had gone to residential schools, and the culture went And so the horns signify that connection to the culture, and the villains in the movie are like a cult, and one of the things they do is remove the horns, to remove that identity from them.

“So with ‘The Faraway Place’ I wanted to get a better understanding of how that culture was lost,” he emphasizes, “and just tell the story of that. And from now on, as I grow and learn more about the culture, I’m from plan to tell more stories about it too.”

In 2014, while studying at Yukon College (now Yukon University) in Whitehorse, Welsh met fellow filmmaker PoChun Chen, and they have been together ever since. Chen produced ‘The Faraway Place’ and also directed ‘Fish’, a gruesome three-minute horror film for which Welsh was director of photography and sound designer. It took third place in the Artlist Horror FIlm Contest 2019.

“That was a really last minute project,” he says. “We heard about this game from a friend of ours and we were like, ‘Okay, let’s ask one of our friends to play in it, and we’ll just record it over the weekend, edit it, and then submit.’ And then surprisingly we finished in third place.”

In the spring of 2020, four years of study paid off for Welsh as he graduated from Emily Carr with a bachelor’s degree in Film + Screen Arts.

“Emily Carr wasn’t overly focused on the technical aspects of filmmaking,” he points out, “it was more the theory behind it, and the history and culture behind film. How you tell stories. I think that really helped with shaping how I conceived the concept of ‘The Faraway Place’, and what I wanted to say with it.”

While enrolling at ECU, Welsh learned about Crazy8s, an eight-day film challenge that provides funding and support to emerging filmmakers to help them produce a short film. On May 7 at the Center in Vancouver for Performing Arts, Welsh’s work will be screened along with others directed by Stephanie Izsak (“Consumer”), Shakil Jessa (“Imran and Alykhan”), Alireza Kazemipour (“The Gold Teeth”) , Derek MacDonald (“Undeveloped”) and Kay Shioma Metchie (“Weeds are also flowers”).

Welsh says the biggest challenge in finishing his film in eight days came when the original lead actress was unable to shoot on day two, so they had to reshoot everything from day one. But he also feels that the best thing about “The Faraway Place” was the acting, especially that of Raine Mateo, who took over from Mana.

“She was originally cast in one of those side roles as a villain,” notes Welsh, “and then because of the problem with the lead actress leaving the movie, she came in on the second day and got it done, she did such a good job.” van I was very impressed by that. But all the actors were great.”

Growing up surrounded by forests in a small Yukon town, Welsh developed a love of the outdoors and the stark beauty of nature. Filming “The Faraway Place” at the BCIT Forest Society Woodlot 0007 in Maple Ridge made him feel right at home, though perhaps not so cold.

“I wanted nature to play a big part in the film,” he says, “as well as in the production side of it. I wanted to make sure that while we were interacting with nature there, everyone respected it.”

When not into storytelling through film, Welsh also makes music, recording under the moniker Eat Your Friends.

“I bounce around everywhere,” he says of his musical style. “I started all the way back to metal, then I went into electronic music for a while, then hip-hop and now kind of back into metal again – but I combined it with hip-hop.”

Welsh is currently developing a pitch for Vancouver Film Studios’ Indigenous Film Bursary, which is open to all Indigenous people aged 16 and over in BC, and includes $5,000 to make a film, as well as lighting and gripping equipment from Pacific Backlot and soundstage space on VFS. He also has big plans – and high hopes – for “The Faraway Place”, whether it wins the top prize at Crazy8s or not.

“I’m currently writing the extended script for it,” he says.

The Crazy8s gala screening and after-party will take place on May 7 at the Vancouver Center for Performing Arts.