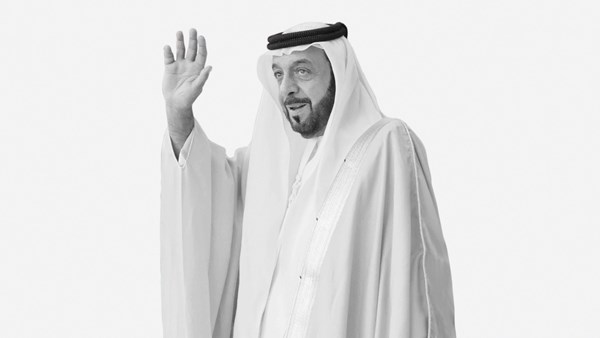 projects
The leadership has never spared any effort to raise the citizen’s standard of living and achieve prosperity and prosperity for him. He always spearheaded the gigantic projects that achieved leadership for our beloved country.
Despite the climatic difficulties and challenges faced by the agricultural sector, the agricultural march did not stop but, thanks to a sensible policy, it was able to achieve results that amaze the world, because it was able to overcome all those difficulties and challenges, to conquer the desert taming and overcoming its harsh dry nature, high temperatures and record performance Concrete to achieve long-term sustainable agricultural development as the agricultural sector has become one of the bright images of cultural and economic progress.
The Abu Dhabi Statistics Center reveals that the number of farms increased 38-fold, from 634 farms in 1971 to 24,018 farms in 2019, while the area of ​​farmland increased 33-fold, from 22,377 dunums to 749,868 dunums in the same period.
The development reflects the magnitude of the efforts made to develop this vital sector, which has become a role model in overcoming the cruelty of nature, conquering the desert sands and transforming the dunes into verdant gardens and farms that produce many kinds of fruits and vegetables.
The development of the agricultural sector and the increase of agricultural areas corresponded to the pursuit of sustainability standards and the efforts made to conserve the country’s natural resources, through a series of strategies and studied standards, to develop this vital large sector .
Abu Dhabi Statistics Center figures revealed the stability of Abu Dhabi’s agricultural area and number of planting companies over 6 years. The agricultural area was 749,868 dunums, from 2014 to 2019, including 207,686 dunums in the Al Dhafra region and 452,503 dunums in the Al Ain region and 89,679 dunums in Abu Dhabi.
The number of farms in the same period reached 24,018 farms, including 8,492 firms in Al Dhafra region, 11,921 firms in Al Ain and 3,605 firms in Abu Dhabi.

fish farming
Fisheries face many challenges and difficulties that have affected the production volume of fish extracted from the coasts of the country, which is no longer sufficient for the needs of the population due to many and varied reasons, the most important of which are over-fishing and over-exploitation of fish stocks, which has led to a significant decline in the size of fish stocks in light of the growing population. In light of these challenges, the state was eager to develop plans, policies, procedures and measures that would help increase the density of fish stocks on the east coast by 130 percent and the west coast by 51 percent.
A survey conducted in 2016-2017 in collaboration between the Ministry of Climate Change and Environment and the Environment Agency – Abu Dhabi found that the density of fish stocks on the east coast of the country increased by 130 percent in 2017 compared to 2011, while the growth rate on the west coast was about 51 percent during the same period. The ministry’s efforts, in collaboration with state-level government agencies, have contributed to a remarkable improvement in fish biomass. The density of fish stocks in the east coast of the country “Sea of ​​Oman” reached 1221 kilograms per square kilometer at the end of 2017, compared to 529 kilograms in 2011. In some marine areas of the west coast, the rate reached 904 kilograms per square kilometer by the end of 2017. , compared with 599 kilograms in 2011. According to statistics from 2018-2019, the total volume of fish catch reached almost 75 thousand tons of fish.
The decisions to regulate fishing for certain species of fish of economic importance, notably Safi and Shaari, have also contributed to an increase in catch volume.
In 2020, there was a 30.8% increase in net catches after the implementation of the Decree compared to the years prior to the implementation of the Decree, as well as an increase in the average size of fish seized by 9. 4%, and an increase in the average length at the beginning of the fishery by 8.5%, leading to the emergence of groups A new longitudinal compared to what it was before the implementation of the decree, and the percentage of fish caught from Sirius increased by 17.4% compared to the period before the implementation of the decree, and the average size of the fish increased, which was observed, where the length of Sirius fish reached 67.0 cm (spine length), with an increase of 8.06%, in addition to a 6.19% increase in landings of small fish.

overcrowding
With the increase in population and the challenges imposed to provide adequate housing for all citizens, the late took care of the housing of the citizens as it is a cornerstone for the stability and security of families, so the government of Abu Dhabi decided to realize an amount of 22 billion dirhams to realize 18,000 housing units under a modern vision adopted for citizens’ homes based on the concept of complexes Integrated housing as an alternative to the concept of public housing, and the willingness of His Highness to follow up on these projects and their ability to meet the needs and demands of citizens.

Protecting diversity and ecosystem
Waste is a global problem for which many countries cannot find solutions. In the Emirates, the waste per capita in the UAE has one of the highest percentages in the world, and most of it ends up in landfills. Those challenges and difficulties were one of the main reasons for taking effective measures and developing coordinated scenarios and strategies to reduce any significant negative impacts on the environment and to protect biodiversity and the ecosystem.
The results were impressive as the Strategic Tunnel Development Program (STEP) for the Emirate of Abu Dhabi, which is being overseen by the Abu Dhabi Sewerage Services Company, is an infrastructure milestone. The project addresses the long-term needs of the emirate by collecting and transporting wastewater from Abu Dhabi Island, the mainland and some surrounding islands, in collaboration with partners and other stakeholders. The strategic tunnel is considered one of the longest-inclined sewer tunnels in the world.In 2015, Dubai announced the Century Project for Sewerage through deep tunnels as a flexible and integrated system, keeping pace with the demands of the emirate’s projected population growth in the future and the next hundred years, and the project will contribute to the elimination of the odors coming from the stations and will also eliminate pumping stations and transport tanks, which will reduce costs and also reduce traffic congestion. The estimated cost of design, implementation and operation is approximately 12 billion dirhams over a period of 50 years. In 2012, Sharjah started operating the largest sewage pumping station and Ajman opened the first sewage pumping station in 2009.

Shams Station
In 2013, the UAE was on a date with one of the most significant gigantic achievements charting a new phase of clean energy, with the opening of the Shams 1 plant, which is a significant achievement in the country’s vision to boost its economy. and diversify energy sources.
Shams 1 represents a strategic investment in the process of economic, social and environmental development and prosperity that our country is witnessing.