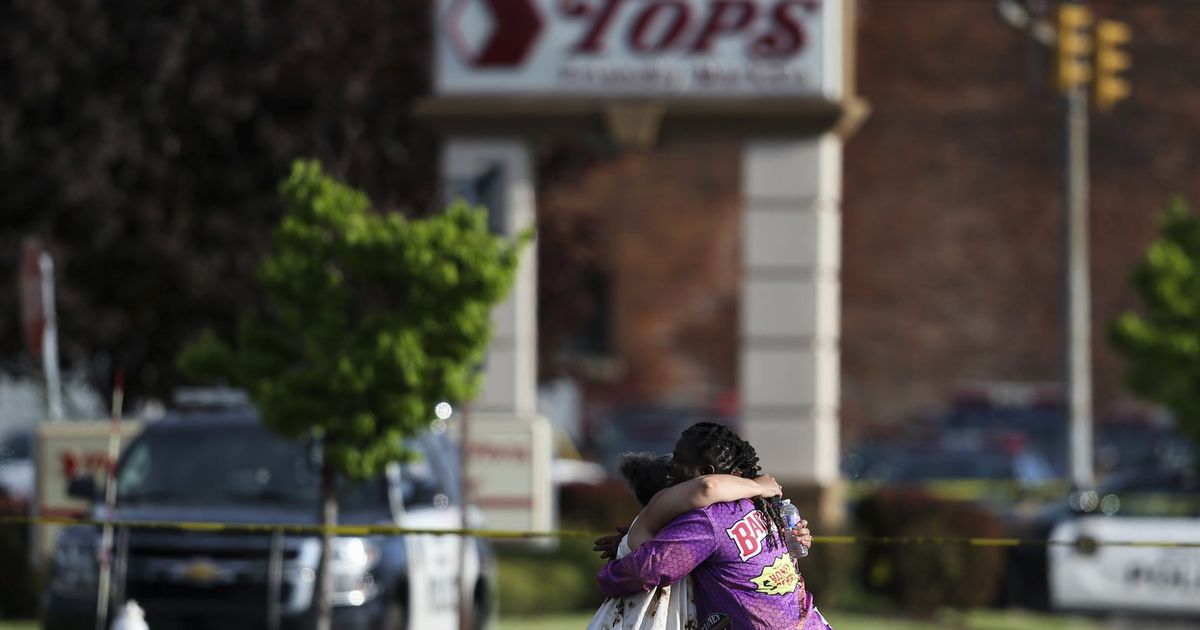 Through the 180 pages of hateful writings that Payton S. Gendron posted online, a common theme emerged: the idea that white Americans are at risk of being replaced by people of color.

Gunmen have referred to the racist idea known as “replacement theory” in a series of mass shootings and other violence in recent years. It was once associated with the far-right fringe, but has become increasingly mainstream, boosted by politicians and popular television shows.

And it has repeatedly fueled attacks in the United States and beyond, from the 2019 synagogue shooting in Poway, California, to the murder of 51 worshipers at two mosques in Christchurch, New Zealand, in the same year.

The racist theory was referenced directly in a four-page screed written by the man accused of killing more than 20 people in El Paso, Texas, who described an attack in response to “the Spanish invasion of Texas” and the fear outlined that the group would gain power in the United States.

More on the Buffalo Supermarket Shooting

A year earlier, when 11 people were killed at the Tree of Life synagogue in Pittsburgh, the accused gunman had held similar racist views, referring to the people being helped by a Jewish agency helping refugees as “invaders.”

The theory was coined in early 2010 by Renaud Camus, a French author who has written about the fear of white genocide, arguing that immigrants who bear more children pose a threat to whites.

Camus has tried to distance himself from violent white supremacists, decrying murders even as his ideas have been referenced in more attacks. But he told The New York Times in 2019 that he is still behind the idea.

The idea that white people should be afraid of being replaced by “others” has spread through far-right online platforms and sparked debate among American white nationalists, the Times reports.

It has also been evident in some acts of violence. About 60% of the extremist murders committed in the United States between 2009 and 2019 were committed by people adhering to white supremacist ideologies, such as the replacement theory, the Anti-Defamation League found.

Experts have said the belief represents a shift in the conversations of white supremacists. Several decades ago, they often proclaimed that they were superior because of their race. While that continues today, many are now concentrating on the idea that they fear extinction at the hands of people of color. At a racist rally in Charlottesville, Virginia, in 2017, protesters chanted, “Jews will not replace us.”

Gendron, an 18-year-old white male, embraced similar views in the manifesto, referring directly to “racial replacement” and “white genocide.” The first page featured a symbol known as the sonnenrad or black sun—two concentric circles with jagged rays emerging from the center. The Anti-Defamation League has said it was widely used in Nazi Germany and has now been taken over by white supremacists and neo-Nazis.

Gendron praised nationalism and accused European men of ‘ethnic substitution’. He lamented the diversity in America and wrote that people of color “must leave while you still can”. And he criticized progressives, saying they had only succeeded in “teaching white children to hate themselves.”

Beirich, who reviewed the manifesto on Saturday, said it appeared to contain a “hodgepodge of every insane white supremacist idea.”

This story was originally published on nytimes.com. Read it here.