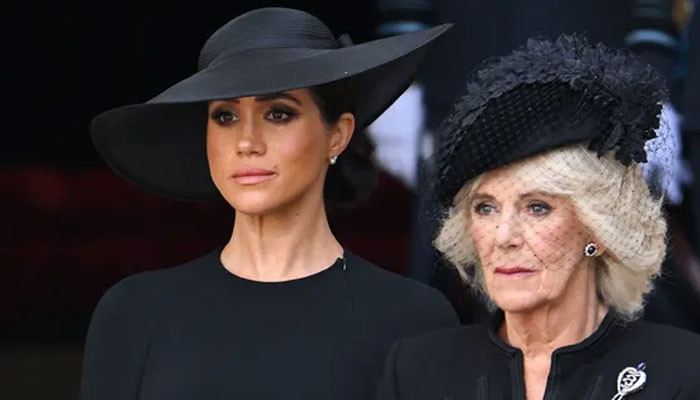 ‘Arrogant’ Meghan Markle has come under fire for her alleged ‘arrogance’ and ‘immaturity’.

Voted by royal commentator Daisy Cousens, in an interview with Sky NewsChris Smith.

The commentator began by saying, “I think Meghan Markle is so obsessed with what’s trendy that no matter how Camilla tried to help her, she wouldn’t be interested because Camilla isn’t one of the trendy Royals.”

“She’s not the late queen, she’s not William or Catherine or any of the popular ones – she was known there for a long time as the most hated woman in England.”

Ms Cousens even claimed that Meghan “should have listened” to the Queen Consort Camilla.

“Utterly arrogant and immature and that’s just what she is,” she branded the Duchess shortly after.

“She doesn’t seem to care about anyone but herself and she seems to have isolated Prince Harry from his family in a very toxic way and I predict it will only end in tears.”