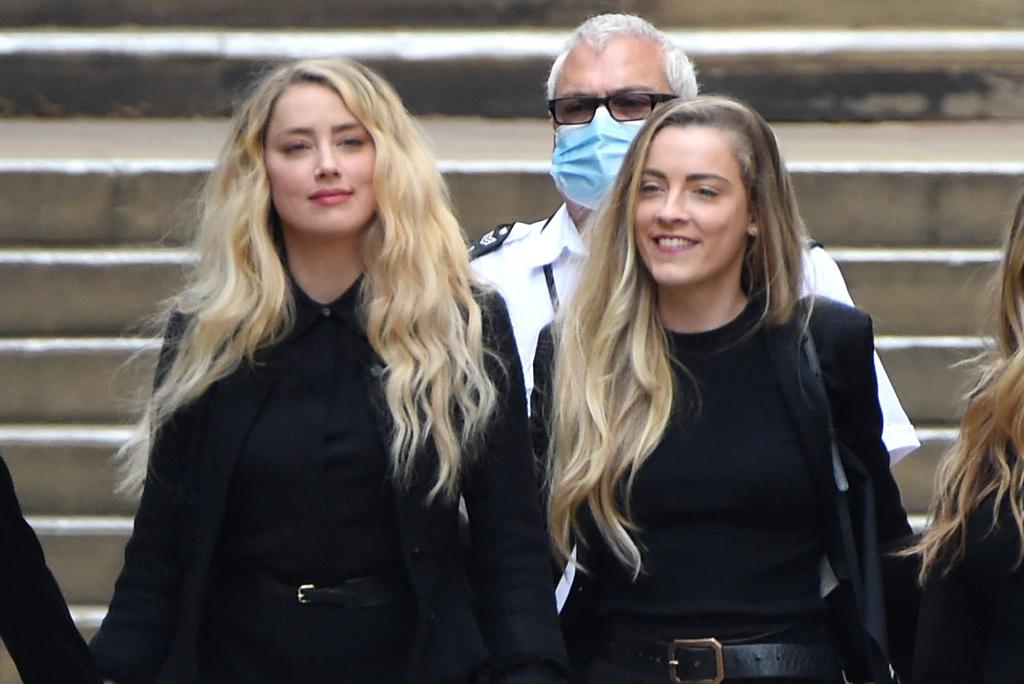 Amber Heard’s sister made her first public comments on Sunday about the defamation lawsuit with Johnny Depp, writing on Instagram: “Still behind you, sissy.”

Whitney Henriquez testified on behalf of her older sister, telling the court that Depp once beat her and called her a “whore” during the sensational trial that concluded Wednesday.

“Yesterday, today and tomorrow I will always be proud of you for standing up for yourself, witnessing both here in Virginia and in the UK, and for being the voice of so many who cannot talk about the things that happen behind closed doors. doors,” she wrote next to a photo of a black square with “#istandwithamberheard” in white letters.

“We knew this was going to be an uphill battle and the cards were stacked against us. But you got up and spoke out anyway,” the 34-year-old continued.

“I am so honored to testify for you, and I would do it again a million times because I know what I saw and because the truth is forever on your side.”

A Virginia jury last week ruled in Depp’s favor after a six-week trial that gripped the entire world — saying Heard had to pay her ex-husband $10.35 million for writing in a Washington Post Op. —Ed from 2018 that she was a victim of domestic violence.

Heard cannot pay the hefty amount, her lawyer announced on Thursday. Notably, Depp’s daughter Lily-Rose, who has more than 6 million Instagram followers, has kept quiet during the trial and has not spoken out after the verdict.

Henriquez said in her Sunday post that she was sorry that the truth “was not reflected in this jury’s decision”.

In the May 18 testimony, Henriquez claimed that Depp became more controlling and violent as the couple’s relationship progressed — starting with keeping an eye on what Heard wore or what roles she took on.

“It started with lame jokes,” she said of Depp’s attention to her sister’s clothes. “Then it got more intense. They ended up having the same stylist, and he was essentially checking what she wore to events.”

On Instagram, Henriquez promised that her support for Heard will never waver.

“I will never give up on you, and no one standing with you. Forever by your side… #istandwithamberheard“