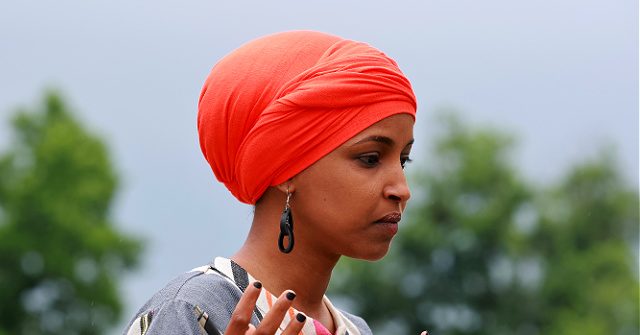 A viral video shows Representative Ilhan Omar (D-MN) being booed off the stage at a concert for Somalis in her home state of Minnesota.

Hosted by Somali singer Soldaan Seraar, the concert went off the rails on Saturday night as the controversial congresswoman took the stage and the audience greeted her with a chorus of booing and angry chants. Such phrases as “Go away!” and “Get out of here!” there was shouting. The reactions became so violent that a gentleman had to beg the audience to calm down. Look:

WATCH: Ilhan Omar was booed off stage at a concert in Somalia in Minnesota this weekendpic.twitter.com/lNm1aR3G6w

Here’s what she gets for trading her divine, conservative values ​​for the sinful LGBTQIAs and the promiscuous abortionists.

BREAKING REPORT: Ilhan Omar COMMANDS FROM THE STAGE at the Somalia Independence Day Concert in Minneapolis…

Ilhan Omar has made no statement about this, only sharing a video of her being escorted onto the stage before the cheers overtake the crowd:

It was an honor to welcome you to our incredible city. pic.twitter.com/mM77ZLVCYo

While it’s not clear exactly what triggered the mob’s booing, Ilhan Omar’s embarrassment comes after she condemned the recent Supreme Court decision to Roe to Wade.

Controlling decisions about your own body is a fundamental human right.

We will not stop fighting to codify Roe into law and protect reproductive rights.

“I am outraged that this right-wing court is turning back the clock on generations of progress and forbidding individuals from having autonomy over their bodies,” she said in a statement last month. “Let’s be clear: This decision is a blow to anyone who believes in the 14th Amendment and to anyone who believes there are limits to the extent to which government can control the decisions we make in our private lives.”

“The Senate has a moral responsibility to abolish the filibuster and pass the Women’s Health Protection Act to enshrine reproductive rights in law. I will not stop fighting to protect women’s freedom to control their bodies, lives and futures,” she continued.