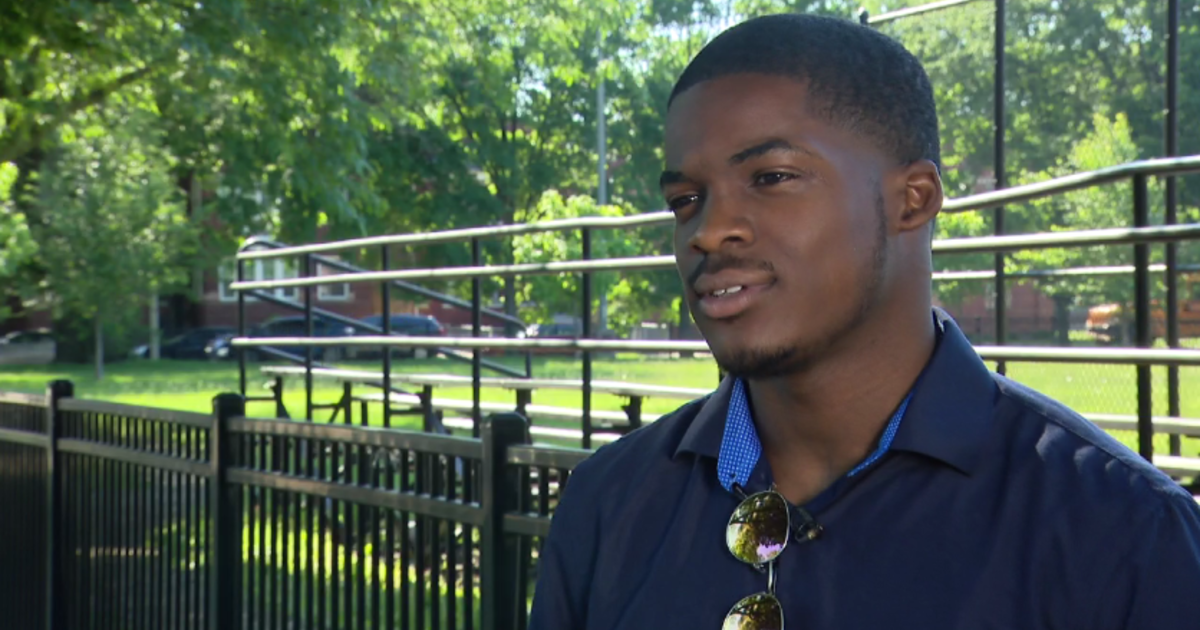 CHICAGO (CBS) — A train driver from the CTA did not think of jumping on the rails to save a man who was shocked on the third rail.

As CBS 2’s Jermont Terry reported Tuesday night, the Good Samaritan wouldn’t just watch the man die. He said he had to help him – even if it meant risking his own life.

To say Tony Perry walks for his faith might be an understatement.

“It’s about being selfless and spreading love,” Perry said.

This week, as Perry exited the Chicago Transit Authority Red Line train at the 69th Street station along the Dan Ryan Expressway, he saw trouble.

“I noticed right away that there was a fight,” he said, “because both boys were picking up their dukes — it was like putting down their stuff.”

Viral cellphone video shows the fight between two men after it spilled onto the tracks in front of the stopped ‘L’ train on Sunday afternoon.

Police said one of the men was on the platform waiting for a train when the other came up to him and spat on him and started a fight – punching him in the mouth.

During the fight, both men fell on the tracks, where they continued to fight, police said.

The first man suffered burns to his left leg and abrasions to his mouth, and was hospitalized in good condition. But the man who, according to police, started the fight ended up on the third rail — which sent 600-volt electric shocks through him.

“The man had no control over his body,” Perry said.

With everyone yelling for help and recording, Perry jumped onto the active tracks.

“I heard someone say when I got to the track, ‘Don’t touch him!'”

But think of Perry’s faith. He says it kept him from watching from the platform.

“I could have kept walking, but I was like, you know what? I’m not going to keep walking — because God wouldn’t want me to,” he said, “so I took immediate action.”

And with his own life in danger, Perry tried to get the man off the dangerous third rail.

Perry remembers getting a shock when he touched the man.

“It was strong — like it went through my whole body,” Perry said. “I remember after that my whole body was still a little shaky.”

Terry asked Perry what goes through his mind as he thinks about his actions.

“I was like, damn – I did that? That was me? I was a little surprised that I would take myself to that level,” Perry said. “But I’m not surprised, because I’m always helping people. That’s my instinct.”

The 20-year-old believes God placed him on the Red Line at the time.

“I was thinking, if that was me in that situation, how would I want people to treat me?” said Perry. “I’m just glad the man was alive more than anything. I didn’t see myself as a hero, to be honest.”

It was a very serious situation – even for Perry, who wanted to help. That 600 volts on the third rail can be deadly.

The man who received the severe electric shock on the third rail was taken to the University of Chicago Medical Center. He was still in serious condition on Tuesday night, police said.

Jermont Terry joined the CBS 2 team in October 2019. He was born and raised on Chicago’s South Side. He is happy to return home to report on his community after 18 years of discovering stories across the country.