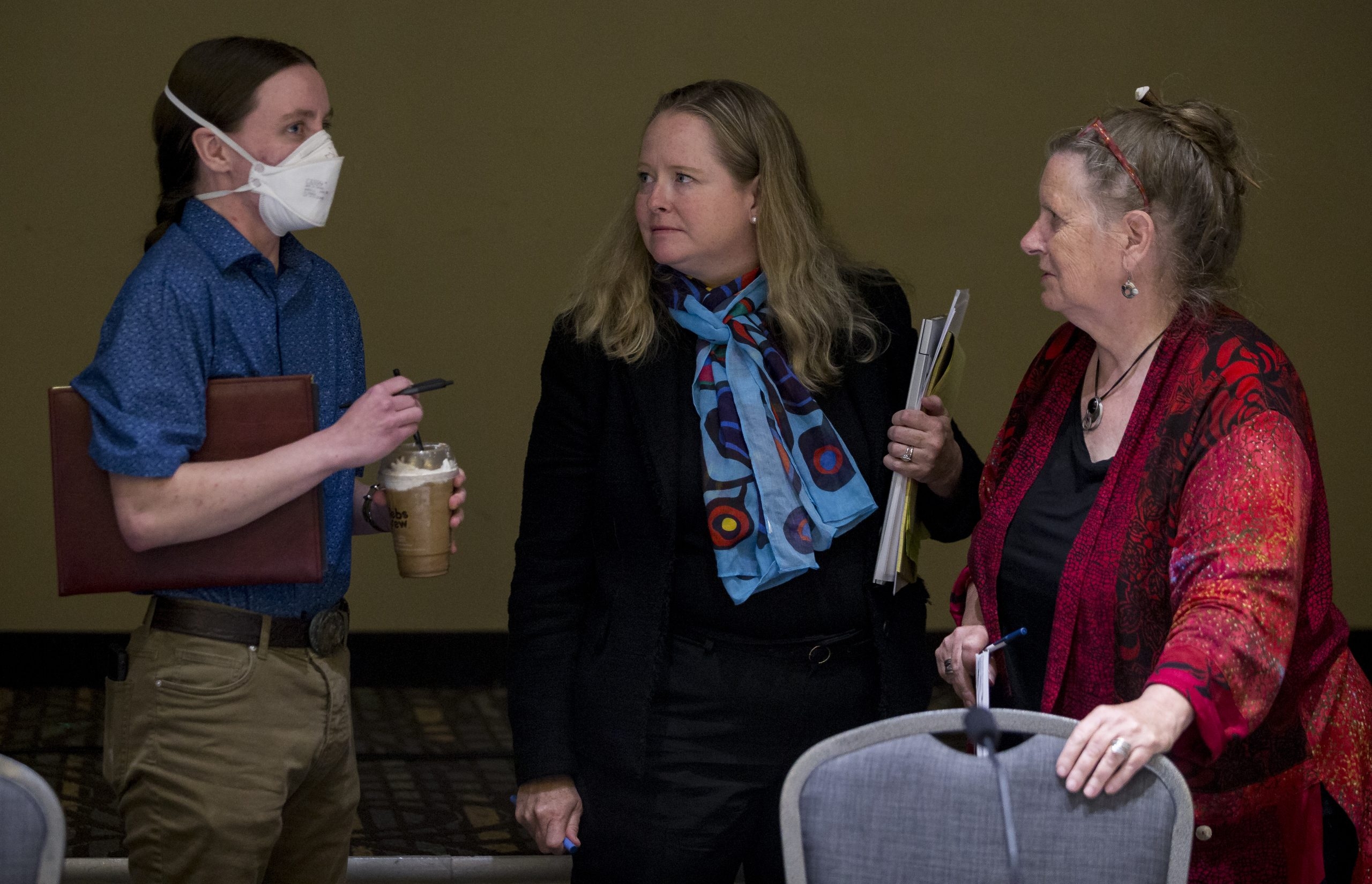 A weeks-long coroner’s investigation into the circumstances surrounding the deaths of Nathalie Warmerdam, as well as Carol Culleton and Anastasia Kuzyk, was officially concluded on Tuesday with a jury sharing a verdict and a list of 86 recommendations to prevent similar tragedies.

Warmerdam, Culleton and Kuzyk were murdered on September 22, 2015 on their properties in the Renfrew County area of ​​Ontario by Basil Borutski, a man they had a previous relationship with and who was known to have committed violence against women.

The recommendations are largely aimed at the Ontario government, including formally declaring intimate partner violence an epidemic and establishing an independent commission to work to eradicate it.

“These recommendations are a good start – if implemented. That’s a big if,” Valerie Warmerdam said at a news conference.

Warmerdam said she didn’t hold her breath when she went to the study because, as previous studies have shown, recommendations resulting from it are not always adopted.

In particular, she pointed to a recommendation made in a 1998 study that never materialized. It called on Ontario’s Solicitor General to issue a directive encouraging police to use their powers under the Criminal Code to search and seize any person’s weapons and firearms licenses for security reasons in cases of domestic violence.

The inquest found that Borutski was banned for life in 2014 for possessing weapons of any kind, but he still had his firearms possession and a procurement license that would allow him to potentially purchase the gun he used to kill two of the three women. to kill.

“There are so many changes we need to make, but since the one thing I thought should be simple enough, that even in between all these complex things, we should be able to do that, as it was asked as a recommendation by a investigation 24 years ago and still didn’t seem to have seen any major action,” said Warmerdam, who took part in the study.

“I’m furious and I want change.”

“They are shouting on behalf of all of us in this province, in this country and around the world when they say that intimate partner violence is an epidemic and that we should name it as such.”

The jury also advised the county to establish a 24/7 hotline for men to prevent them from becoming involved in intimate partner violence, establish an emergency fund to help women seek safety from this form of violence, and to create an advocate for survivors regarding their experience in the justice system.

Also, the federal government should review the national action plan to implement gender-based violence in a “timely manner” and examine whether the term “feminicide” and its definition can be added to the criminal code, the jury advised.

Pamela Cross, a lawyer and expert on violence against women, praised the jury for the femicide recommendation.

“As my old friend and colleague said to me many years ago, … ‘If we don’t name the problem right, we’ll never find the right solution.’ And we have to do that.”

In their verdict, the jurors determined that Culleton, Warmerdam and Kuzyk were all killed by manslaughter. Culleton’s cause of death was upper airway obstruction, while Kuzyk and Warmerdam both died of shotgun wounds to the chest and neck, they noted.

Presiding Officer Leslie Reaume thanked everyone involved in the inquest, including witnesses who “gave so generously of their time,” along with the women of the anti-violence community in Renfrew County and beyond.

“I sincerely hope this research will lead to real and lasting change,” she said.

“The script has been handed to all of us, not just those of us who do this work every day, but all of us, every member of every community in this province and this country, everyone who deals with legal systems, police systems, social service systems, survivors, their families, neighbors, friends and families… the media, politicians and decision makers,” she said.

In a written statement, the Attorney General’s Department said it would “take time to review and properly consider these important recommendations.”

“Our thoughts remain with the families and friends of the victims and all those affected by this tragedy. Every woman has the right to live in safety and with dignity, free from harassment and the threat of violence,” the ministry said.

“We thank the jury and all participants for participating in this difficult study.”

— with files from Sarah Ritchie