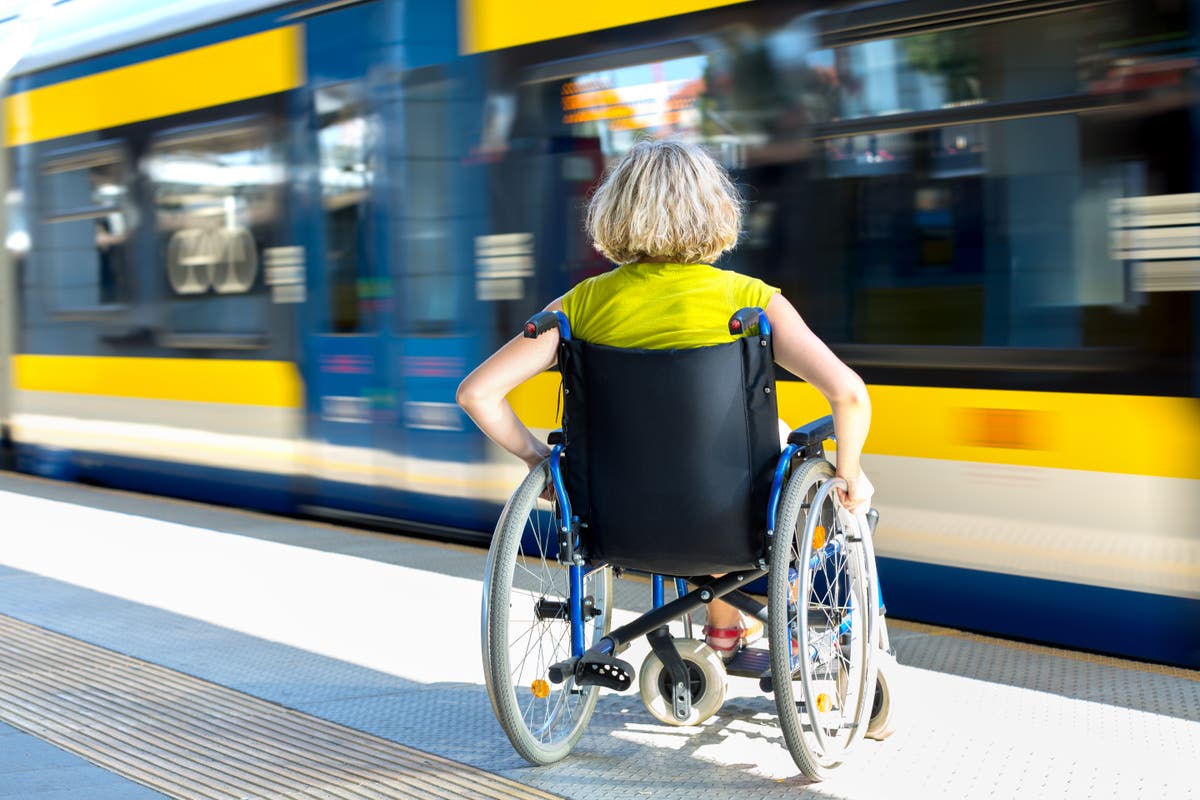 “Train Strikes: How Did Passengers Cope With Day One?” The BBC informed us that while it hasn’t been that bad on previous occasions – as many people are now set up to work from home – some pretty miserable stories have emerged of people getting caught.

It’s not very noble of me, but I have a hard time empathizing. Sorry about that. I’m real. Maybe it was almost a night on the streets of Camden that did it. I wrote a column about it a while back. I’d been to a Sparks gig on Easter Sunday and had planned the trip carefully, only to see it explode spectacularly in my face.

Unable to access Uber, with the minicab offices closed and a critically endangered snow leopard easier to find than a black cab on the streets of London, I approached a tube manager with a plan to take me, plus wheelchair, plus crutches to the station. to bring – only to be told to get lost. But some of his best friends are handicapped people, you know.

Granted, this was a quiet holiday night (which explains the lack of minicabs), but trust me, it’s something that could happen at any time.

Every day that disabled travelers use public transport is a strike day. Every day consists of navigating an obstacle course. Every day we run the risk of being caught off guard.

You may have seen Chris Nicholson’s story this week. He is a wheelchair user who had to drag himself up the stairs at a train station after staff refused to help, citing “health and safety”. The elevator he needed was out of order – a depressingly regular occurrence. An athlete and influencer, Nicholson was eventually assisted by a member of the public and then an assistant manager.

I have previously written about Anne Wafula Strike, a British Paralympic, who was on a train with no accessible toilet, with the inevitable, terrible consequences. Then there’s my visually impaired friend who literally had to take his glass eye out to prove his disability and that the disabled person’s train ticket they are carrying is legit.

I was recently trying to meet a friend I hadn’t seen in over 20 years on the London Underground when I came across my own elevator snafu. Luckily the next station in line had a working station, so I was only 45 minutes late. It wasn’t nearly as bad as Nicholson’s experience but the inability to get off at my chosen station was never an issue I ran into in my able-bodied days and if there hadn’t been an alternative I might have had my boyfriend by now 20 years not seen.

He lives in Sri Lanka so otherwise I would have to fly. Flying, I’m afraid, is not something I dare to think about. I take my hat off to the intrepid disabled travelers who do. They are Britain’s contemporary equivalents of Scott of the Antarctic. You’ve seen the chaos at airports. Now imagine navigating that in a wheelchair.

Which brings us to yet another recent report about the disabled passenger who died while trying to get off an airplane. An investigation has been opened. In the meantime, a spokesperson for Gatwick Airport has said the incident took place while airport staff were assisting the disembarkation of three passengers with limited mobility. According to them, staff shortages played no role. Blasted cripples! And they want to get off the plane too!

Back to Earth (with a big bump) and to the buses. Disabled users were given the right to the (lonely) disabled space on them from none other than the Supreme Court. But in practice, if there’s a buggy in the way, we’ll have to wait and see. And wait. And wait, if it’s during a busy time. Possibly with some abuse to, you know, keep us interested and entertained. That’s what happened to me in London until I decided I was done with the hostile environment I was facing.

I could continue in this spirit. These incidents are not isolated. Trains, planes and buses can all go very fast exorcist level frightening for us. This is ultimately caused by bosses in the transportation industry who carelessly ignore the needs of disabled passengers, don’t train their staff properly and don’t hire enough of them. Not to mention the politicians who sit back and watch.

All of this also helps explain why your travels are also becoming increasingly frustrating lately. But the horrible obstacle courses people have told reporters about getting through the railroad strike? I’m afraid they are reality every time we disabled travelers leave the house.

Even if you have a detailed itinerary, a well-thought-out fall-back in case something goes wrong, or if someone messes up along the way, even if we make multiple phone calls/emails (which won’t necessarily be answered) in advance to inform people telling us we’re coming, we’re still getting screwed like royalty.

It would be nice if the current mess made people think a bit. Misery loves company and if this has resulted in us finding a few allies to make sure there is a little less sadness for everyone then that’s great. We would all benefit from more and better trained transport personnel. Better paid too, because that can’t hurt.

But experience tells us this isn’t what’s going to happen, that’s why you won’t find much sympathy for the strike woes of people with disabilities, who will be dealing with it every day long after the dispute is settled.