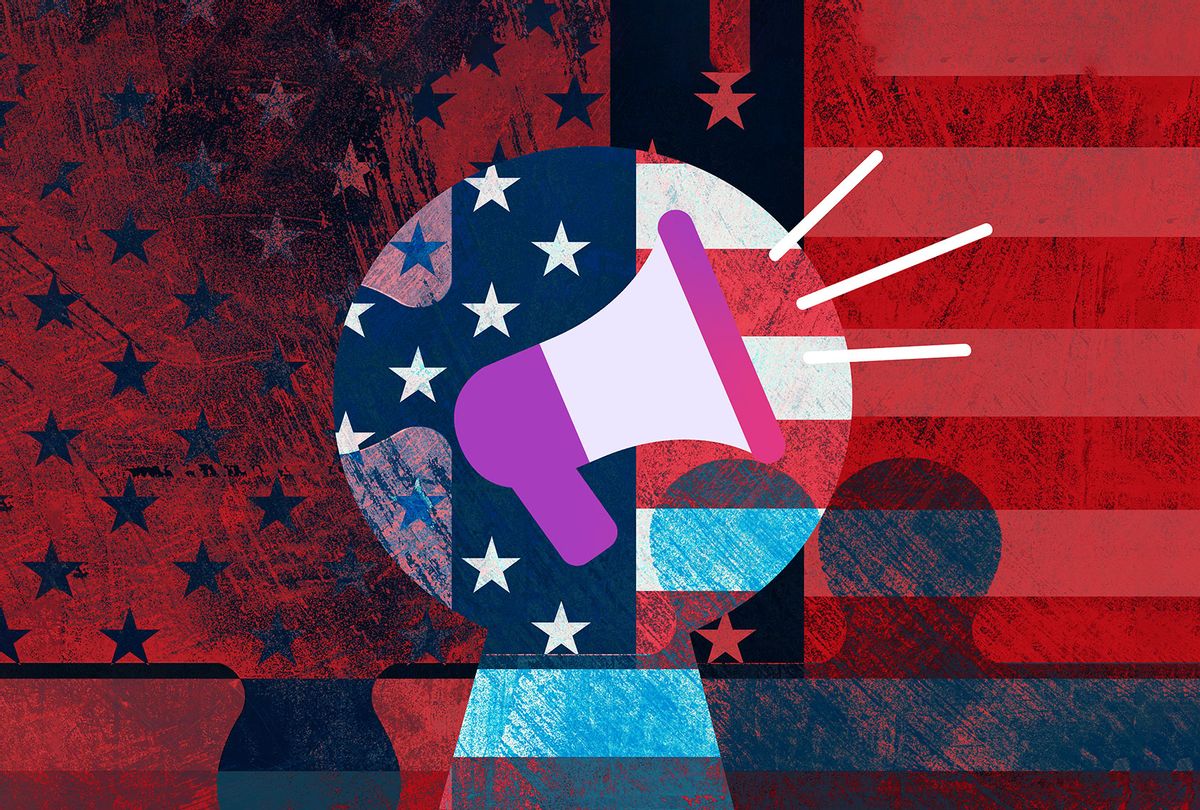 In October 1863, just three months after the Battle of Gettysburg, President Abraham Lincoln declared the fourth Thursday in November a National Thanksgiving Day. One hundred and fifty-nine years later, we still celebrate it annually.

Abe’s proclamation harkens back to a similar effort by George Washington just a few years after our country emerged from the Revolutionary War. The father of our country found the roots of his action in a famous meal shared in 1621 by Puritans and Indians.

This national holiday has come to express feelings that many wish were seen every day: thanksgiving. There is no part of race or religion. No one is excluded. Just sit down and give thanks for what you have – no matter how little or how much.

Today, we have much to be thankful for, whatever we face from idiotic politicians, the renewed threat of nuclear war, daily mass shootings, a global pandemic, and countless other fears.

Of the many things for which I give thanks, the right to express my opinion is the most precious to me. I just need it to clear the cobwebs. Give me the right to speak freely about what I believe above all other freedoms. In turn, while I may not agree with what you say, I will defend to the death your right to say it. I am grateful to all who understand and exercise this right.

You can hate me. You can say you hate me. You can defend Donald Trump, tell me how much you love racism and misogyny, and preach the virtues of a diet full of lard and fat, proclaiming that it is imperative to burn fossil fuels forever without filters. I accept your right to say what you believe – although I will undoubtedly disagree with every fiber of my being.

I will not accept speech that calls for violence against others or myself, nor will I accept the speech of someone shouting “fire” in a crowded theater when there is no fire. Otherwise, let it all out, honey.

That is the spirit behind freedom of speech.

It’s enshrined in our Constitution as the First Amendment, and people often forget what that actually means. I have personal experience with this issue and I am grateful to understand exactly what the First Amendment means. The government, with a few limited exceptions I’ve already outlined, cannot affect your right to express your views. I went to prison four times to defend that right.

But today there are many who believe that bouncing from private social media platforms is a violation of your First Amendment rights. Further, they believe that when an individual or company essentially tells you to shut up, that is also a violation of your First Amendment rights. That’s just not true. And while some of those same people believe Elon Musk’s takeover of Twitter is a further erosion of the First Amendment, it isn’t. Elon is an idiot, a poltroon and has the fragile ego of Donald Trump. He has spent way too much money on Twitter and his haircut is horrible. But he’s not violating anyone’s First Amendment rights and those who are leaving Twitter because he took it over are just being foolish for withdrawing from the social media platform. Stay. Engage. Be part of the conversation.

Those who don’t commit I think show us why the spirit behind the first amendment is in deep trouble. We have let go of the idea that we will listen to the words of others who think differently than we do. In the movie “The American President,” Michael Douglas puts it this way: “Do you want freedom of speech? Let’s see if you recognize a man whose words make your blood boil, who takes center stage and advocates vehemently for what you should a lifetime of fighting at the top of yours.”

Many people today seem convinced that if a private individual or company tells you to shut up, it is a violation of your First Amendment rights. That’s just not true.

The film is pure fiction and as it turns out today, so is the sentiment. In reality, both sides of the political spectrum want to erase or eradicate those who think differently. Those on the right, through the agents of chaos we all know, have turned to violence to suppress those who think otherwise. Hell, you can’t even get that side of the aisle to admit the legitimate results of an election.

Both sides signal their virtues with hollow words about patriotism, God or love for the fatherland. None of them have any idea what they are talking about. Again, a violation of your First Amendment rights only occurs when the government trying to suppress you. Breaking up peaceful protests, imprisoning reporters who don’t disclose confidential sources, suing whistleblowers under different statutes—those are violations of the First Amendment. Get banned or walk away from Twitter because you don’t like the owner? Not even close.

So I also remain grateful that the Constitution still exists in written form — not just somewhere on a computer or bouncing around in cloud storage on the Internet where it can be hacked or otherwise altered.

As frightening as it is to watch the right destroy free speech, it is equally frightening to watch those who call themselves “liberals” ideals of free speech – especially since progressives have been most persecuted in the annals of history for daring to speak out against the blathering of politicians, theocrats, deists, fascists and other bigoted trolls.

Those who threaten violence in the name of liberalism, those who want to wade into the gutter of human interaction and cut their throats in the name of enlightenment, are to me no different from those who do so in the name of their favorite politician, fictional God or celebrity. None of these people embrace the ability to listen to others who think differently than themselves.

So I am grateful when I find others who are truly capable of free thinking and speaking, because nothing will ever change by suppressing the voices of those we consider ignorant or unworthy. There is nothing to be gained by cutting the throats. The knife cuts both ways. The ignorance lies within all of us – especially when we don’t listen to and learn from our fellow human beings.

I want to know what others really think. I am grateful if they tell me. I’d rather know you’re a racist and the reasons behind your thoughts than have me guess.

Our advancements in technology have given us all the ability to be heard, and while it’s truly frightening to hear anything from the bilge parading itself as knowledge, we need to do our best to understand where the sewage started flowing. The only real way out of the quagmire of this technological feudalism we’ve plunged into is to follow the sewer to its source. It’s the only way to change anything

So I want to know what others really think. I am grateful if they tell me. I’d rather know you’re a racist and the reasons behind your thoughts than have me guess. Donald Trump has enabled and encouraged the darkest human desires. His former attorney Michael Cohen has said Trump often appeals to the darkness in men’s souls. He’s also given them the freedom to express those dark desires, and while I’m against that, I can’t deny that I’m thankful I know exactly where I stand with these people. I can’t say I care much about their opinion, but understanding their opinion – if any – gives me information that I can use in my own life.

I can’t hope to change my mind if I don’t know what you’re thinking. When you throw your hands in the air and say, “Well, you just can’t change some people’s minds,” I want to know if you’re talking about others or about yourself. I would venture to say that in some cases it is both.

And so I’m thankful for the Republican Party and all the facilitators — from the Boeberts who offer thoughts and prayers for the victims of gun violence while applauding the proliferation of guns that make those deaths likely, to the mendacity of someone like Lindsey Graham who once said that if the GOP nominated Trump, it would be the end of the party and it would be well deserved. He is now praying at Trump’s altar, and we also know that no matter how many Republicans speak out against him, eventually they will line up behind him. Instead of suffocating them, I encourage them to speak. The rest of us need the laughs, and we can really see them for the idiots they are. Keeping them quiet doesn’t work. Without seeing them in the broad daylight, some have come to believe that there is some legitimacy to what those in MAGA World have to say. The open market of ideas removes the aura of legitimacy.

Maya Angelou said, “If someone shows you who they are, believe them the first time.” I am grateful to her and I am reminded that without freedom of speech we may not know who some of humanity’s worst offenders are. Violence, chaos and fascism are things that grow in the dark. Stifling speech is never a recipe for a peaceful society.

As ugly and chaotic as it may be, it’s always helpful to hear what someone else thinks, no matter how much we hate what they have to say.

When we refuse to hear others, we risk validating emotions and beliefs that conflict with reality. That can lead to feelings of being bullied and shunned. A person may feel isolated and become angry. We all know the violence that can result from such scenarios.

So again, I’m thankful that at least we have the First Amendment. It is superior to how many of us socially act and one of the deepest roots of not just a solid democracy, but a mature and rational society.

My wish is that more people embrace the real ideals of freedom of expression so that we can all be more grateful, peaceful and mature.

on freedom of speech and the first amendment