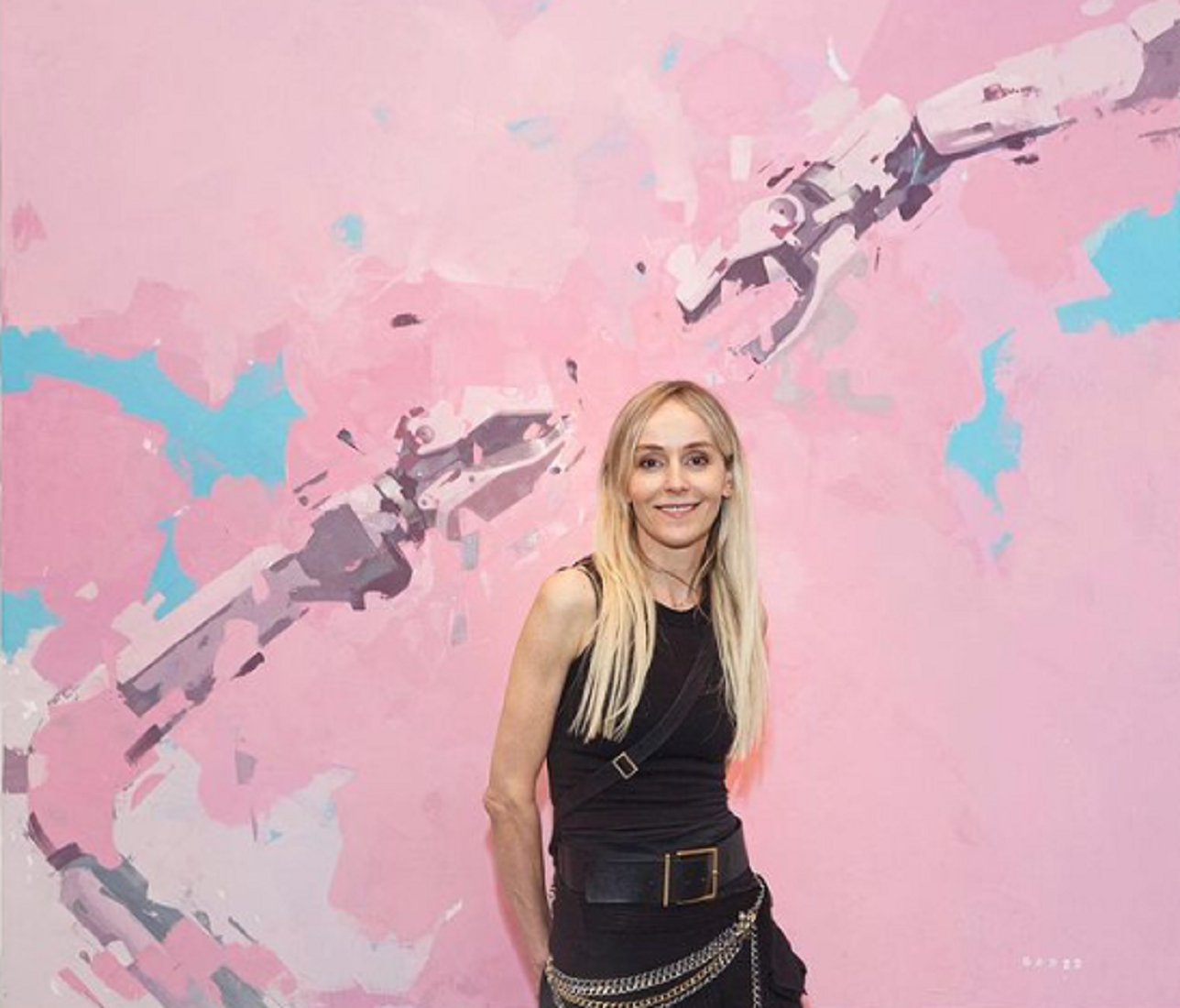 What kind of paintings will hang in the museums of the future?

Agnieszka Pilat bets we’ll be looking at what she calls ‘heroic portraits of machines’: fine art representations of the technology that has liberated the modern world from the bone-and soul-crushing labors our parents and grandparents had to endure.

Pilat’s paintings, especially those featuring Spot, the robot dog from Boston Dynamics, are sought after by Silicon Valley collectors drawn to her valorization of technology, a welcome alternative to the traditional demonization by artists of the man-made world.

Her work is rich in callbacks to artists ranging from Leonardo da Vinci to Marcel Duchamp to Andy Warhol, and she uses augmented reality to further emphasize how technology shapes our perceptions. A sure sign of success: one of her paintings appeared in The Matrix sequel released last year as a display of future art.

Born in Poland in 1973, Pilat remembers life under communism as a long period of conformity and repression that ended almost immediately after the communist regime collapsed in 1989. She tells how her father, who was finally able to run his own shop, stopped drinking and built a thriving bakery business.

Pilat emigrated to the United States in the early 2000s. When she landed in San Francisco, she met astonishingly wealthy tech workers who embraced the same collectivist ideas that had made her childhood so miserable. “I was just really shocked,” she says Rode† “I didn’t realize that people still think that communism or socialism is a good idea. The moral outrage grew in me and so did the feeling that I have to protect America by telling people what it really means.”

Shortly after arriving in the United States, Pilat came across the work of another Eastern European immigrant: Ayn Rand. Though she did not become an objectivist, Pilat was deeply rooted in his response to Rand’s insistence that “you have the right and moral obligation to yourself to have a goal and work as hard as you can toward that goal.”

As her work gains prominence, Pilat moves to a new frontier, if not quite the latest: She’s an artist in residence at Elon Musk’s SpaceX, where she’s looking forward to potentially creating “superhero portraits” of zero-gravity machines.

I spoke to her in her New York studio about being chased by a robot dog, why she wants everyone to remember what communism really was like, and how we can afford the economic and cultural freedom we too often take for granted. best value and protect.