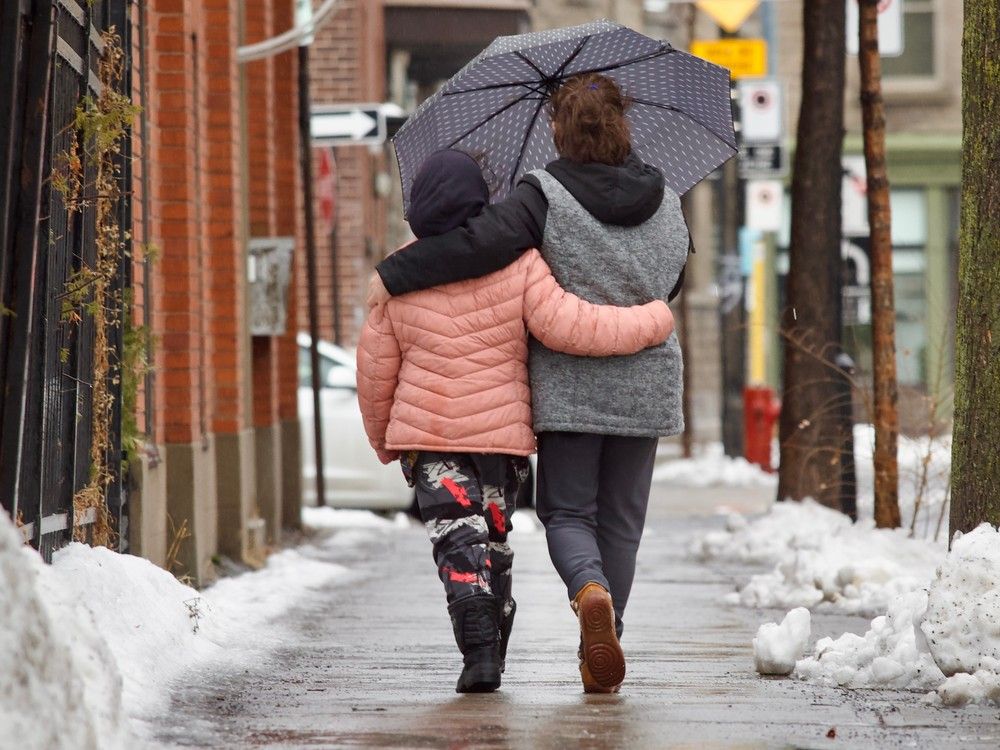 Hydro-Québec crews worked Friday night in 16-hour shifts to restore power to nearly 352,000 homes across the province amid a major snow and ice storm — with gusts in the Quebec City region with gusts reaching more than 100 kilometers per hour buckling force lines.

Although the provincial utility managed to bring power back to 100,000 homes on Friday, blackouts were still occurring that hampered work crews’ efforts, Éric Filion, executive vice president of Hydro-Québec, told a news conference at a coordination center in downtown Montreal.

“The weather is slowing us down and preventing us from carrying out certain interventions, but we are doing everything as fast as we can,” Filion said of the 1,100 workers on the field.

As of 6 p.m., Hydro-Québec reported nearly 2,200 blackouts across the province, with the hardest hit regions being Quebec City, Outaouais, the Laurentians, the Montérégie and the Eastern Townships. Montreal was largely spared. (Still, at 6 p.m., 16,496 of Montreal’s more than one million customers were without power.)

“There is a lot of heavy snow falling on the trees and on our power lines, causing the power outages,” Filion explains.

Hydro-Québec hoped to restore power to most of its customers by Sunday night. However, Filion warned that some households will still be without power on Monday and Tuesday in more remote and isolated areas of the province. He acknowledged that workers are under pressure to restore electricity to households before Christmas, but said they will not risk their personal safety.

Filion noted that three power lines on the north coast of the province had accumulated 30 to 40 millimeters of ice, and two have since been de-iced. Filion stressed that Hydro-Québec’s capacity to provide electricity to its domestic customers is unchanged, but exports are limited.