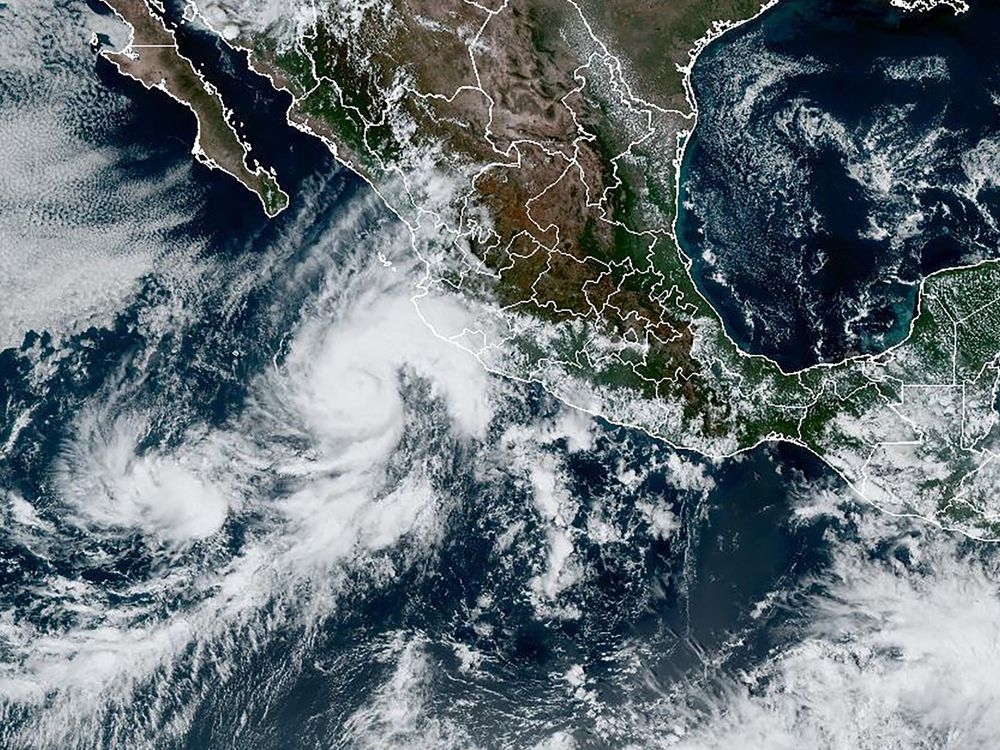 MEXICO CITY — Hurricane Orlene grew to Category 3 on Sunday toward Mexico’s northwestern Pacific coast between the tourist cities of Mazatlan and San Blas.

After expanding into a hurricane on Saturday, Orlene quickly added strength and had maximum sustained winds of 125 mph (205 kph) on Sunday, according to the U.S. National Hurricane Center. That was slightly below the Category 4 peak of 215 km/h earlier in the day.

The storm was predicted to sweep past Islas Marias, a former prison colony being developed as a tourist attraction, late Sunday or early Monday, then head towards a sparsely populated, lagoon-studded stretch of mainland late Monday.

Orlene was about 95 miles (155 kilometers) southwest of Cabo Corrientes — a point of land jutting into the Pacific Ocean just south of Puerto Vallarta — and had headed north at 8 mph by early Sunday.

A hurricane warning was in effect from San Blas to Mazatlan.

The center said the storm was likely to strengthen on Sunday and then ease as it got closer to land. But it was still projected to hit like a hurricane.

It can cause flooding of up to 25 centimeters in some places, as well as coastal flooding and dangerous surf.

Puerto Vallarta closed the port to shipping and boat traffic on Saturday as a precaution, and the Mexican Navy has announced ports such as San Blas, Nuevo Vallarta and Manzanillo will be closed to small vessels.

The hurricane center described Orlene as a minor storm, with hurricane-force winds extending about 30 kilometers from the center and tropical gale-force winds up to 70 miles (110 kilometers).