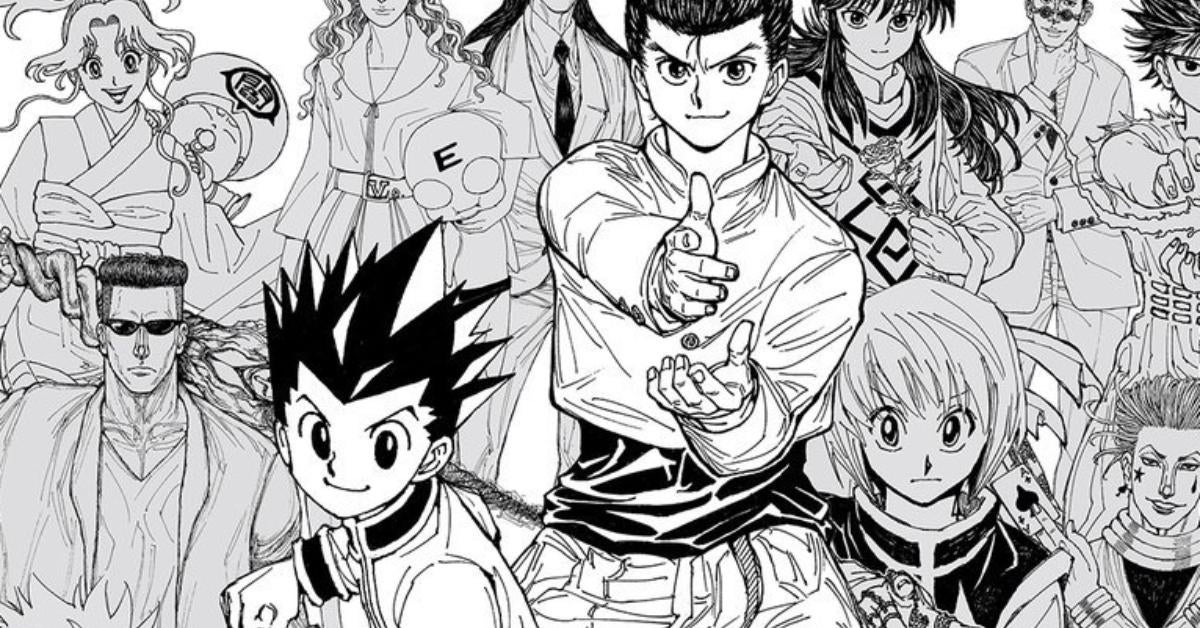 Hunter x Hunter original series creator Yoshihiro Togashi is now only showing love for his current manga series, but is hyped Yu Yu Hakusho also with some slick new art depicting a full crossover between the two massive franchises! It’s been a pretty big year for the creator, as after spending the past four years dormant in the latest hiatus, Togashi has been steadily giving fans updates on his plans to return to Hunter x Hunter’s manga serialization. That’s not all like his first series either, Yu Yu Hakushois now celebrating the 30th anniversary of its original anime debut.

Yu Yu Hakusho’s 30th anniversary and Hunter x Hunter’s impending manga return are also fun branches of the main celebration, as Togashi himself is now in the midst of his 35th anniversary as a manga creator. Shueisha is doing everything it can for the occasion, as the creator will have a special art exhibition in Japan later this year. This new exhibition will showcase Togashi’s works from his career and this includes a new visual combining different characters from his action series in a cool crossover! Check out the art below as spotted by @HxHSource on Twitter:

Yoshihiro Togashi celebrates the 35th anniversary of his manga career! To commemorate this milestone, the original art exhibition “PUZZLE” will be held! Togashi’s works will reveal the essence of his charm and multiple points of view of his works from different perspectives! pic.twitter.com/OCFtxAHA65

Togashi is currently bringing Hunter x Hunter back from break. It is not yet known when exactly Togashi will be ready to launch new chapters of the series, but the creator regularly shares updates with fans on Twitter. While these updates are quite mysterious given that fans don’t really know what stage of the process the creator is currently in, these updates prove that the creator has a bigger return in mind than fans may have expected given the creator’s known health issues that keep him going. against so far.

Togashi’s original plan four years ago was to release ten new chapters of the series between each break, but it’s been a long four years since that last update. The creator seems to have more chapters in mind this time around, but hopefully it won’t be too long before we see the manga in action again. What do you think of Togashi’s art bringing Hunter x Hunter and Yu Yu Hakusho? Would you ever want to see a full crossover between the two?