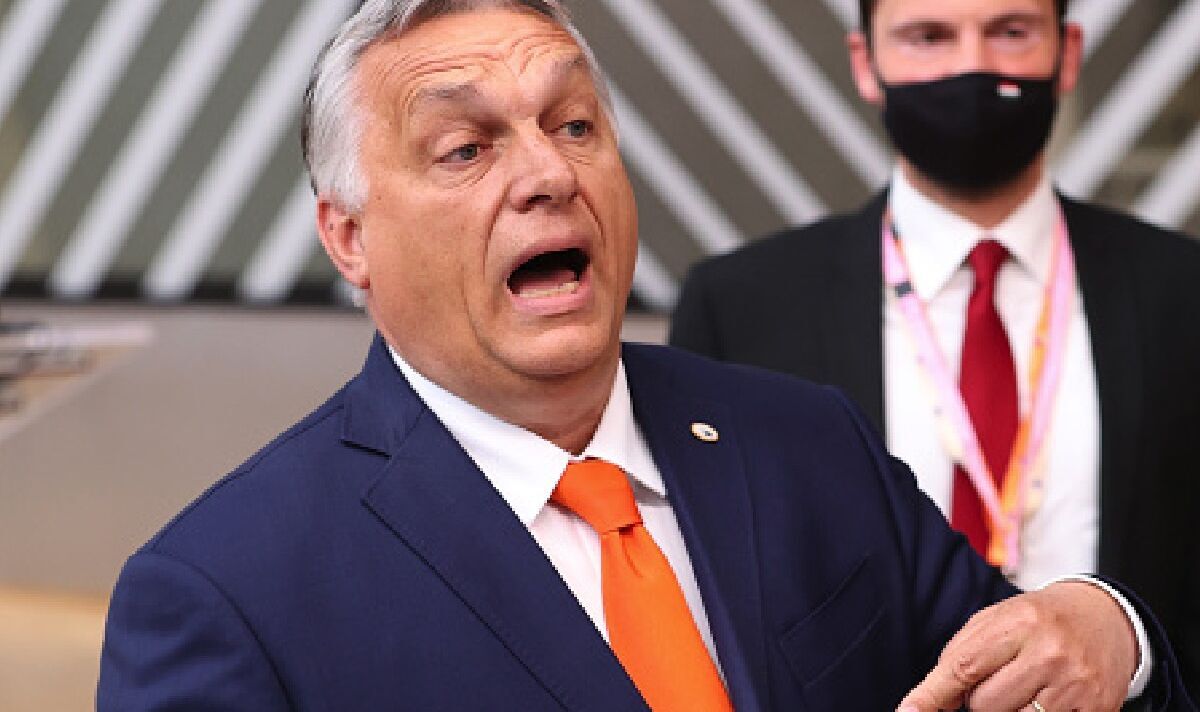 The French president hoped to close the deal before the end of his country’s rotating EU presidency, but Hungarian Prime Minister Viktor Orban objected to the plans at the last minute, saying he was “not thrilled” with the proposal.

Brussels, in consultation with the US, wants to impose a worldwide minimum tax rate of 15 percent.

Until last week, Poland was considered the only country in the EU to oppose the plans, but now that Warsaw has indicated that it is ready to agree to the measure, Budapest is delaying the move further.

The Polish Ministry of Finance said: “The adoption of the directive is an ongoing process and Poland hopes that it will be successfully completed soon.

“Our constant approach to maintain the link between the pillars at EU level is strictly a matter of international tax reform.

“It is not affected by other EU issues and we are in no way undermining the OECD project.”

But Hungarian Foreign Minister Péter Szijjártó wrote on Facebook on Wednesday morning that adding an additional tax burden at a time of “very serious challenges during the war” could be “fatal” for manufacturing companies.

After a phone call with US Secretary of State Antony Blinken, he said: “We are not at all excited about this idea, especially in its current form or under the current circumstances.

“The war is putting pressure on the European economy, especially as attempts are being made to introduce them to Europe early next year, while who knows when they will be introduced to the rest of the world, if at all.”

Earlier this week, Erik Bánki, a Fidesz MP, said the Parliament’s Economic Committee would draft a resolution against an EU directive on introducing the global minimum corporate tax rate.

The so-called OECD tax deal would aim to introduce a minimum corporate tax rate of 15 percent and it is one of the pillars of President Macron’s agenda for his country’s EU presidency this year.

President Macron has been one of the sharpest proclaimers of the regulation in the EU.

The deal was hailed by the French leader as “historic” and a “real step forward for tax justice” and could provide an annual boost to French public finances of up to €4 billion.