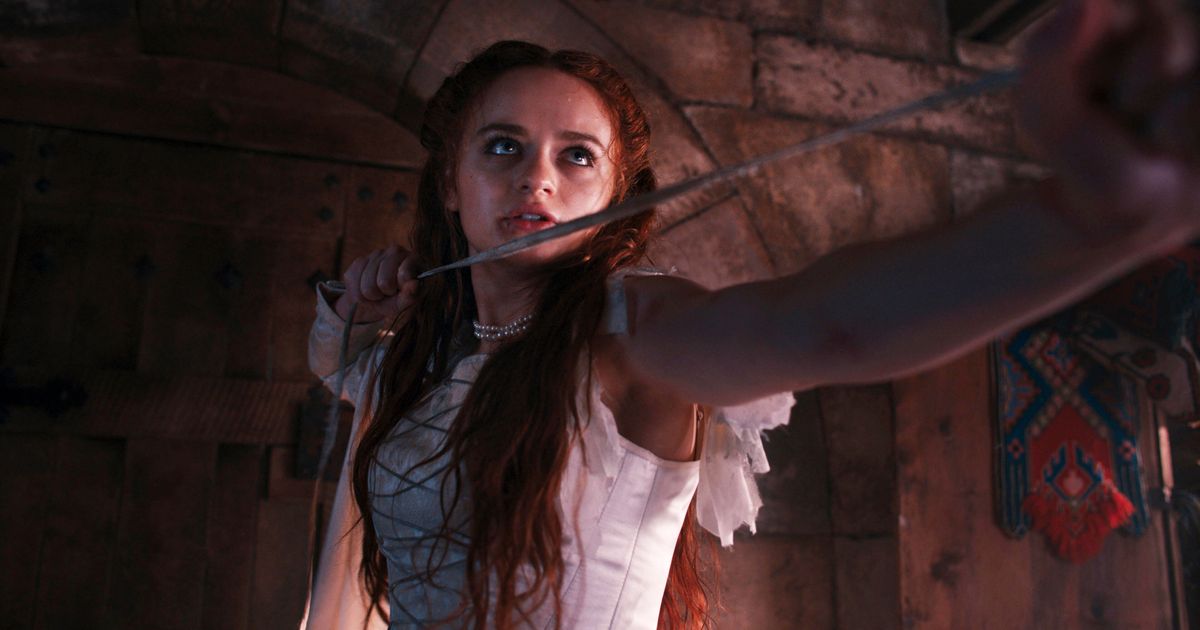 Alison Willmore is film critic for New York magazine and Vulture. Previously, she was the sole critic at BuzzFeed News, the first TV editor at IndieWire and host of Movie spotting: SVU†

The princess is an action movie whose premise reaches such insane heights of cynical indulgence that screenwriters Ben Lustig and Jake Thornton must have exchanged windmill high fives after coming up with it. The main character, played by Joey King, is the daughter of the king (Ed Stoppard) in a fairytale kingdom that appears to consist mainly of a tower overlooking the sea. When she rejects the marriage between her and a lord named Julius (Dominic Cooper), Julius forcibly changes her mind, seizes the castle and captures the royal family. But the princess, who also never gave a name, is skillfully trained in martial arts, and instead of being dragged to the altar by chains, she punches, kicks and chops her way from floor to floor in an attempt to save her family and, along the way, prove to her father that he does not need a male heir to hand over leadership. It’s like The robbery suffered a concussion and membership in the Wing.

What’s the matter with princesses? The complacency with which The princess presents the spectacle of a 110-pound woman in a faded dress walking through some passable fight choreography is enough to make one wonder if anyone involved in the film has paid any attention to the last decades of pop culture (or a Joss Whedon show). Princesses are kicking it now – they lead the way, they save the day, and they’re also still traditionally beautiful and feminine and nimble, the latter point being brought out in this new film by an elaborate fat joke. The Princess has been a revisionist figure for so many years that we’ve lost the notion that one of the role’s few defining traits, other than class, is a lack of agency, especially when it comes to marriage. Our attachment to this increasingly vague concept, fueled by Disney’s branding and the everlasting appeal of a flounced dress, has led us into the empowering dead end of The princesswhose main character tries to prove that women are just as deserved as men when it comes to inheriting power entirely due to the circumstances of their birth.

King, with her Kewpie doll face and increasingly tattered medieval wedding dress, is a gaming action hero, if not a remarkable one. The princess would obviously like to be seen in the hurtful recent tradition of David Leitch-adjacent movies like the John Wicks, Atomic Blondeand No one, but is more sloppy in his construction, aiming for longer durations as he takes his punches in battle. It feels rushedwhich it probably was – Vietnamese-American director Le-Van Kiet has already had two other movies in theaters this year, the horror movie the ancestor and the Alicia Silverstone shark attack thriller The Requin† He is best known for the gangster drama of 2019 Fury, and here the star of that movie, Veronica Ngo, enlists to play Linh, the student of the King Khai’s advisor (Kristofer Kamiyasu). The king, it is explained, has always opened his doors to “outsiders,” something Julius mocks as weakness, though the xenophobia is as half-hearted a marker of rogue as the aristocratic acceptance is a show of generosity. Linh and Khai are there to participate in the time-honored cinematic tradition of affirming a white’s dominance in Asian fighting techniques. When the princess defeats Khai in a skirmish, he says she has “a warrior’s heart” and ceremoniously gives her the sword she will use to impale various henchmen.

So why can’t I stop thinking about that stupid ‘elevator pitch’ joke from a movie? The empty girl power aesthetic has the quality of an intrusive thought. Like something out of a time capsule broke open too early, The princess is an artifact of girlboss feminism that doesn’t resonate, but isn’t far enough away for curiosity either. As the protagonist reduces her voluminous outfit to a combat corset and fluttering skater skirt and screams that she has “no piece of property to barter”, the film begins the discourse of oppression as a series of catchphrases making its appearance at a time of real misogynistic national crisis. extremely painful. There is so much to be angry about right now, and anger can be cathartic to see and, when shared, can feel like an outstretched hand. Or, in the case of The princess, it can be turned into a confirmation of the current order, which is apparently fine, barring the need for a royal lady atop the throne of whatever theme park monarchy the film has barely managed to come up with. It turns anger into a joke, legitimate in his eyes because it assumes equality is guaranteed and can be taken for granted.

By submitting your email, you agree to our terms and conditions and privacy statement and you will receive email correspondence from us.