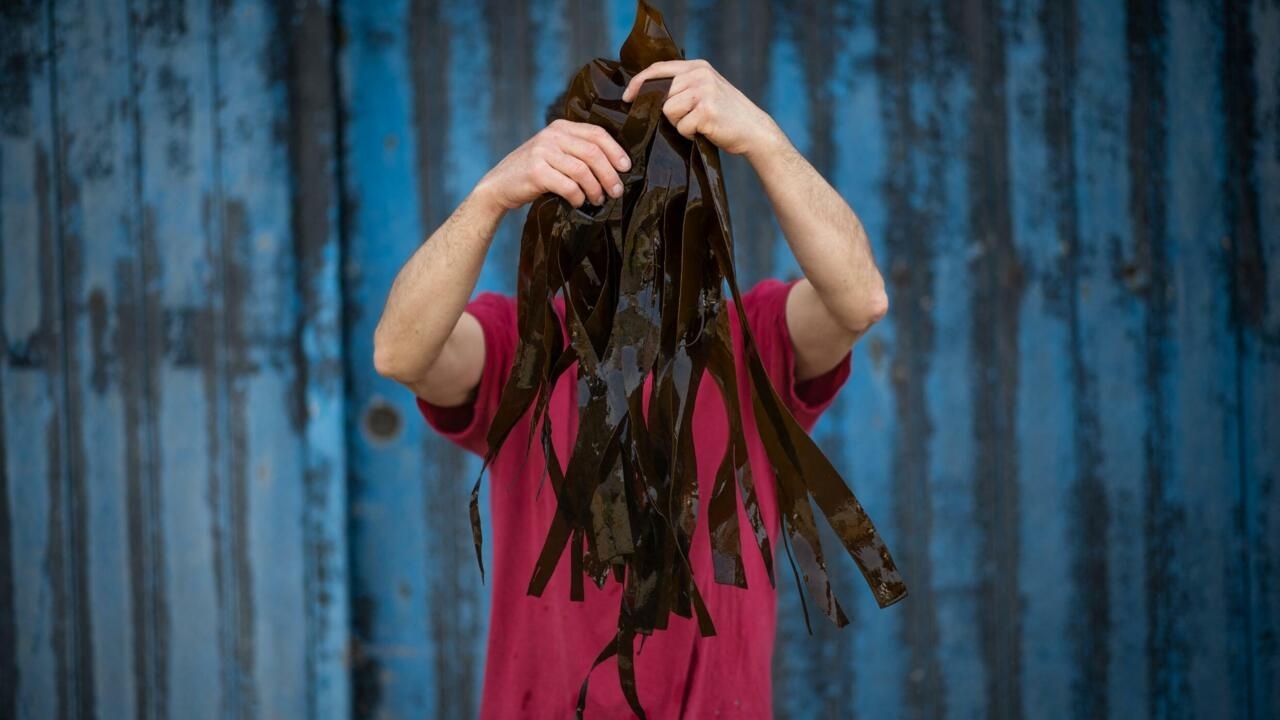 It is a nutritious food source, an alternative to plastic, has medicinal properties and can help limit global warming: marine algae could be the next weapon in the fight against climate change.

This article was originally published on February 8, 2022, during the One Ocean Summit in the northern French city of Brest. FRANCE 24 will republish it on Wednesday, June 8, 2022, on the occasion of World Oceans Day.

From February 9 to 11, the French city of Brest hosted the One Ocean Summit, the first international summit dedicated to protecting the world’s oceans. Scientists, activists, business leaders and heads of state gathered in the Breton city to discuss how to protect marine ecosystems and promote sustainability.

Philippe Potin, a marine biologist and researcher at the French National Center for Scientific Research, and Vincent Doumeizel, a senior advisor and food expert for the United Nations Global Compact, spoke to FRANCE 24 about what’s at stake at the summit.

They are unanimous on one point. “We need to invest in marine algae!” they say.

“When we talk about algae, it often conjures up the negative image of piles of green or brown slime washed up on beaches in Brittany or the Caribbean. It’s a real shame,” said Potin. “If seaweed ends up on the beach, it’s because it has been swallowed up from the seabed by pollution or industrial activity. It’s not the problem, it’s a consequence.”

“The reality is that these plants play a vital role for our planet,” Potin continues. Seaweed is to the marine environment what forests are to the land. “They are also the lungs of the planet. Thanks to their photosynthesis, they absorb CO2 and emit oxygen,” he explains. “Alone they are responsible for half of all oxygen renewal on Earth. They are enormously useful for the climate.”

“They are also indispensable to ocean life because they help create habitats for thousands of different species of fish and shellfish. There is a knock-on effect, because it is partly thanks to algae that we have such a variety of fish stocks on the planet. coasts.”

In total, some 10,000 species of algae grow and are visible to the naked eye all over the planet – from sea lettuce in Brittany to Tasmanian kelp and wakame in Japan.

‘The most underused resource in the world’

In addition to the role seaweed plays for the climate and biodiversity, it can also be useful in a number of other sectors, such as food, industry and even medicine.

“It’s one of the world’s most underused resources,” Doumeizel says. “Our planet is made up of 70 percent water, yet the seas and oceans make up only three percent of our food supply. It’s absurd.”

He continues: “We know that one of the biggest challenges we face this century is that we have reached our limit on land in terms of the food industry. We are running out of land and intensive farming is particularly damaging to the planet. … It is clearly time to think of new ways of doing things.”

Could seaweed then be the magic answer to these problems? Already a staple in Asia, it’s recommended by dieticians, who say it’s packed with fiber, protein, and vitamins, and low in fat. According to a study conducted by Wageningen University and Research in the Netherlands, spending just two percent of the world’s oceans growing algae could produce enough protein to meet the needs of everyone on Earth.

It’s not just people who benefit. “We can also use it to feed animals, especially cattle. It would help improve their immune system,” says Doumeizel. In the agricultural sector, a number of French villages – especially in Brittany – already use seaweed as fertiliser.

Seaweed is already starting to leave its mark in the medical sector, mainly in antifungal creams or anti-inflammatory products. Fucales, a type of brown algae, are known to relieve heartburn. Recently, researchers registered a patent for an acne treatment cream and gel made from a type of microalgae.

In the industrial sector, Europe already has several companies that use seaweed to make biodegradable packaging as an alternative to plastic. “Other companies are planning to turn it into clothing. In the Netherlands, a start-up is even looking at the production of sanitary products from seaweed,” says Doumeizel.

One place where it is actually difficult to use algae is in the energy sector. Potin tells FRANCE 24: “We’ve been thinking about using seaweed to make biofuel for a while, but the amount it takes is just too much.”

Rest of the world lags behind Asia

“In reality, this is nothing new. Algae has been consumed for hundreds of years. Prehistoric people ate it, as did indigenous people all over the world,” explains Doumeizel. “The practice disappeared almost everywhere during the Roman and Greek periods, except in Asia.”

Today, Asia is a pioneer of algae culture – growing algae – and is responsible for 99 percent of global production. In 2015, China was the world’s largest producer, with 13 million tons collected, followed by Indonesia with 9 million tons.

In Europe, France and Norway are the largest producers in a sector that is still in its infancy. According to a European Commission report on the ‘Blue Economy’, only 32 percent of algae in Europe comes from algae farms. The other 68 percent comes from wild farming, or harvesting the plants directly from their natural environment. “We’re still in the hunter-gatherer stage!” says Doumeize wryly.

However, the global market is growing rapidly. According to the Food and Agriculture Organization of the United Nations, production tripled between 2000 and 2018. The report notes that algae are responsible for the fastest growing food sector in the world.

Finding a balance between agriculture and sustainability

Potin and Doumeize call for research into algae culture to be accelerated. “Besides the economic potential, it’s even more important because many algae species are disappearing due to ocean warming and climate change,” Potin explains, citing the example of a seaweed forest off the coast of California that has declined by 80 percent in the past year. In recent years. “By developing algae culture, we could restore ecosystems.”

“But of course this has to be done carefully and with a lot of attention,” he adds. “We must not damage our oceans further by doing everything we can to grow algae.” In Asia, alga culture has already run into limitations. As with intensive farming, algae cultivation is often accused of taking up too much space. The use of fertilizers to speed up production is also very common. “And often it is monocultures that are grown that effectively exterminate other species,” Potin notes with regret.

There is an additional challenge for algae farming in Europe. “Of the thousands of algae species out there, we can only grow about 10 species, mostly Asian ones. We need to do more research on European species. We want to avoid importing exotic algae that could disrupt ecosystems here,” Potin emphasizes.

Potin and Doumeize are part of the team behind the Safe Seaweed Coalition, a new organization managed by the United Nations, the French National Center for Scientific Research and the Lloyd’s Register Foundation. The aim is to bring companies, scientists and farmers together to establish international legislation for the seaweed industry.

During the One Ocean Summit, Doumeizel will highlight the many virtues of algae in talks with Barbara Pompili, the French minister of ecological transition. “France has enormous potential. Brittany has a seaweed area that is unique in the world,” he says. “The government should use it.”

This story is a translation of the original into French.