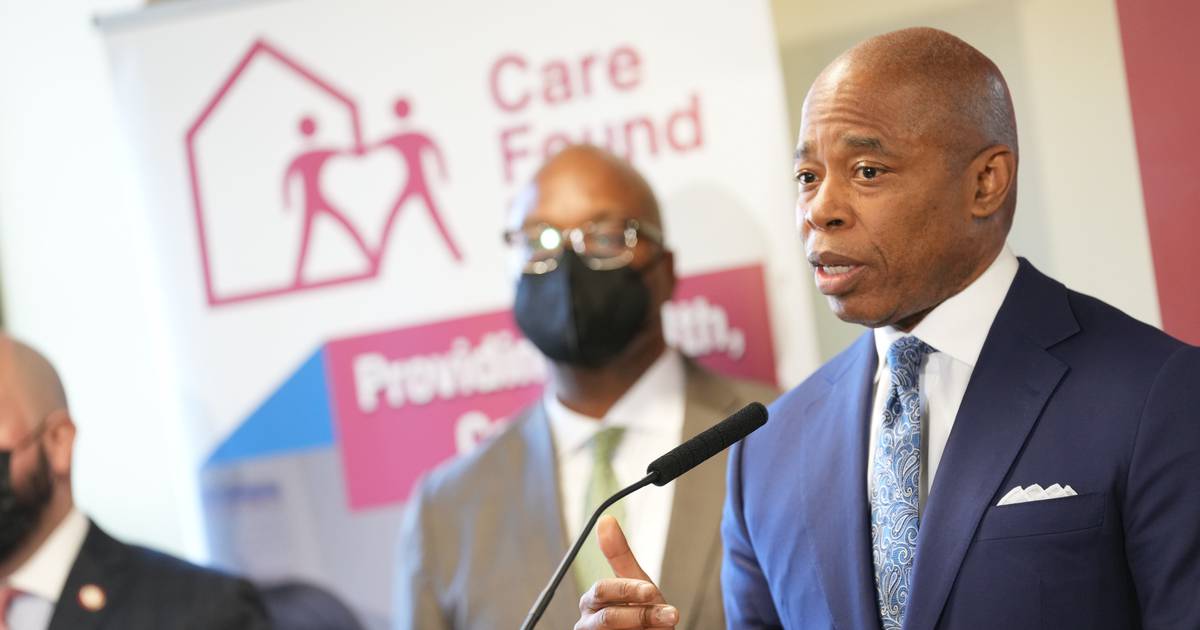 The vacancy rate in New York City-funded apartments intended for the homeless has nearly halved since Mayor Adams promised about four months ago to overhaul the bureaucracy that hindered his administration from filling the units, his top housing adviser said Friday.

In mid-March, it was revealed that there were 2,500 job openings in the city’s so-called supportive housing system — a statistic that Adams promised to improve quickly at the time and which he said was the result of “dysfunctionality.”

In testimony before the city council on Friday morning, Jessica Katz, Adams’ head of housing, said about 1,000 of those units have been filled since then.

“That represents a significant amount of effort across the administration,” she told Council members.

That leaves about 1,500 remaining job openings in the supportive housing stock, which is funded by taxpayers’ money and reserved for people who are chronically homeless and suffer from mental health or substance abuse problems.

A spokeswoman for the Ministry of Social Affairs said the city is obliged to keep some of its total of 27,000 support homes vacant indefinitely for emergencies, meaning some of the remaining vacancies will not be allowed to be filled.

“In addition, DSS is investing in and expanding staff capacity to cut red tape and speed up the housing process for our clients,” said spokeswoman Julia Savel. “We continue to work with our interagency partners, providers and attorneys to ensure quality supportive housing for our clients.”

Some homeless advocates said the city is still not working fast enough to get people into supportive housing.

“It’s definitely moving too slowly,” said Judith Goldiner, the attorney-in-charge of the Legal Aid Society’s Civil Law Reform Unit, who testified at the council’s hearing Friday after Katz. “Think how bad that is. We have another 1,500 units that are just not filled and tens of thousands of people every night in shelters on the street and in shelters. Why is there a delay?”

To be placed in supportive housing, applicants must provide a range of documentation, including proof that they are chronically homeless, said Jacquelyn Simone, policy director at the Coalition for the Homeless.

The city also typically interviews three candidates at once for a particular assisted living unit vacancy, which Simone says causes a scheduling headache.

With that in mind, Simone was encouraged by the administration’s actions regarding supportive vacancy. “I’m glad they’ve at least made some progress,” she said.

But Simone also argued that more needs to be done, especially as the Adams administration continues to carry out its controversial crackdown on homeless camps on the streets, which critics have called inhumane.

“We encourage them to move forward and work to ensure that support units are not left unnecessarily empty, especially at this time of extreme need,” she said.