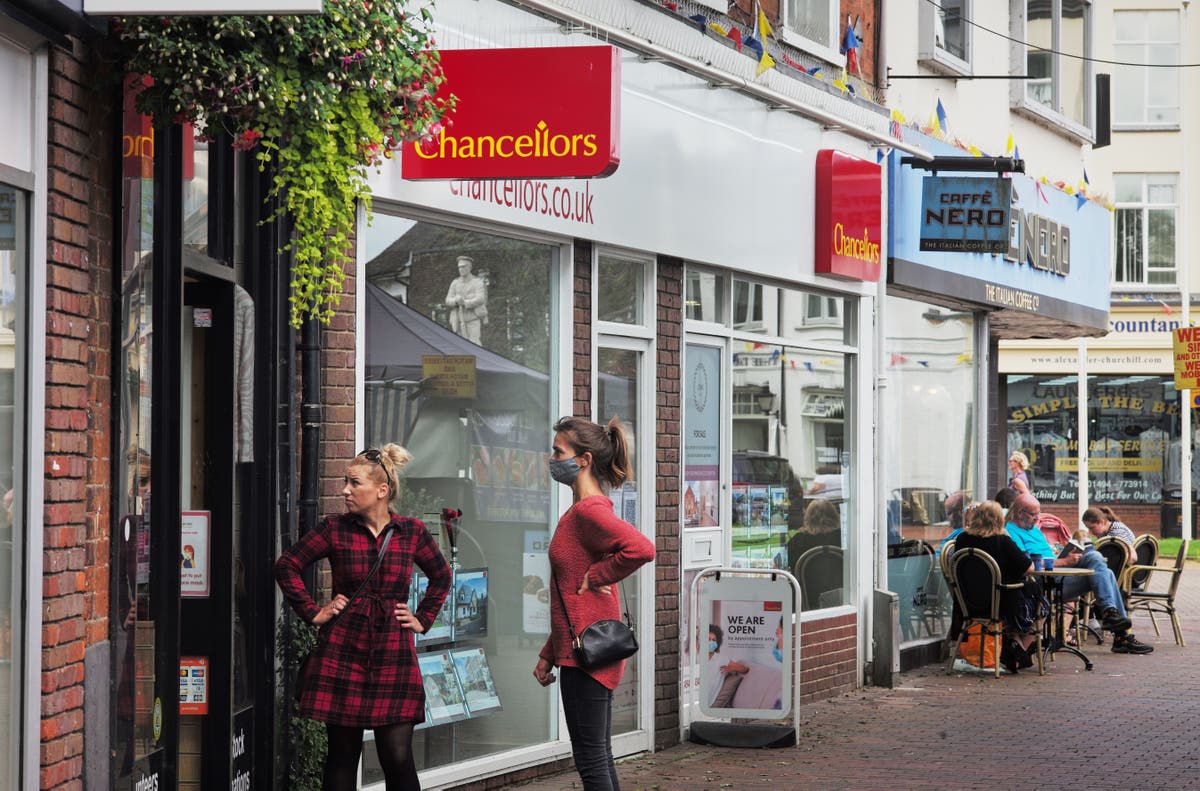 The analysis, based on data from the Halifax House Price Index, found that while house prices in the UK have risen 16 percent since the start of the pandemic, average incomes have only increased by 2.7 percent over the same period.

In the first quarter of 2022, the cost of a typical UK home was £279,431, while the average full-time worker made £39,402. This brings the house price to income ratio to 7.1, the highest and least affordable level on record.

In London, where the average property price is now £534.97, the house price to earnings ratio has risen to a dazzling 9.7 – the highest of any UK region or country.

This compares to a ratio of 9.0 at the start of the pandemic and 6.8 in 2007, when the capital had yet to cope with the rise in house prices in the years following the global financial crisis.

It comes as the latest official sales price data shows that London house prices rose 7.9 percent in the year to April 2022. While annual price growth remains strong, the monthly figures show a much less dramatic increase, with homes in London selling one percent more in April than in March.

Due to the two-month delay in reporting house sales, the current economic uncertainty and the growing crisis in consumer confidence due to rising inflation and the looming recession are not yet fully visible in the Land Registry figures.

At the national level, the difference between income and house prices has widened over the past two years, from a ratio of 6.2 at the beginning of 2020.

“Many buyers continue to make numbers work for their circumstances”

Across the country, the most unaffordable areas to buy a home are now Westminster and the City of London, where average prices are a whopping 14.5 times median income.

However, the data also showed that the two central London hotspots have seen the sharpest improvement in the house price/earnings ratio of any location since the start of the pandemic, from 16.8 in early 2020 to 14.5 this year.

Halifax said this highlights the slowdown seen in some prime real estate markets in major cities in recent years.

Despite affordability deteriorating in recent years, the survey also found that market activity has increased, with Halifax saying suggesting “many buyers continue to make the numbers work for their circumstances.”

Nationally, the price ratio for the first home buyer is 5.6 times the median income, compared to 8.5 for home movers.

However, new buyers also saw affordability come under pressure as prices rose rapidly during the pandemic, making it more difficult to make an appropriate down payment without the benefit of a corresponding increase in the value of a property they already own.

With the average first-time buyer now 32 years old (three years older than a decade ago), chances are they are more established in their job than ever before, with the potential for increased earnings.

The last time house prices in the UK experienced such a sustained rise in house prices, leading up to the summer of 2007, average income was £30,508 and the typical house price was £194,207. This resulted in a house price-earnings ratio of 6.4.

Andrew Asaam, Mortgages Director, Halifax, said: “There is no doubt that the economics of buying a home have changed significantly in recent years. Rising real estate prices and slower wage growth have combined to broaden traditional measures of housing affordability.

“However, we also know from strong transaction levels that demand has remained extremely strong over that period, both from movers looking for larger properties and from first-time buyers taking their first steps on the ladder.

“It’s also important to emphasize the responsible approach to mortgages in this environment, with lenders conducting thorough checks to ensure repayments are manageable, even if interest rates rise more strongly in the future.”