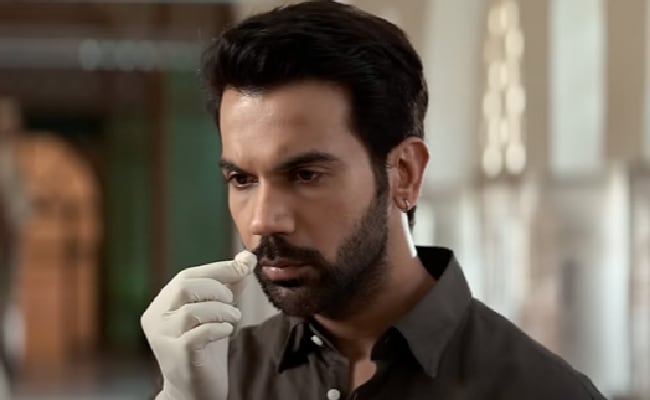 A still from HIT: The first case trailer. (courtesy of: T-series)

The makers have released the trailer of the upcoming movie of Rajkummar Rao and Sanya Malhotra HIT: The first case on Thursday. Helped by Dr. Sailesh Kolanu, opens the trailer with a girl standing in the middle of the highway. When she sees her, a police officer comes and offers her help, but she denies it. Later, she is kidnapped and Rajkummar Rao, who plays the role of a police officer, is assigned to find the missing girl. Sanya Malhotra, who plays the part of Rajkummar’s love interest, is also missing, and the actor juggles between finding his girlfriend and the missing girl. Towards the end of the trailer, Rajkummar is seen on his knees in the middle of the dense forest with a wound on his face when a hand appears with a gun and a gunshot sound is heard at the end.

Rajkummar Rao also shared the trailer on his Instagram handle, captioning it as “Trailer Out Now. Once you’re on the highway, there’s no way out #HITTheFirstCase.” Check out the message below:

Sharing the HIT: The first case trailer Sanya Malhotra wrote: “Once you’re on the highway, there’s no way out Watch as Vikram heads off for clues in our upcoming thriller #HITTheFirstCase†

HIT: The first case is a Hindi remake of the Telugu action thriller of the same name, starring Vishwak Sen and Ruhani Sharma.

In addition to Rajkummar Rao and Sanya Malhotra, the film also stars Dalip Tahhil, Milind Gunaji, Shilpa Shukla and Sanjay Narvekar. The film is set to hit theaters on July 15.