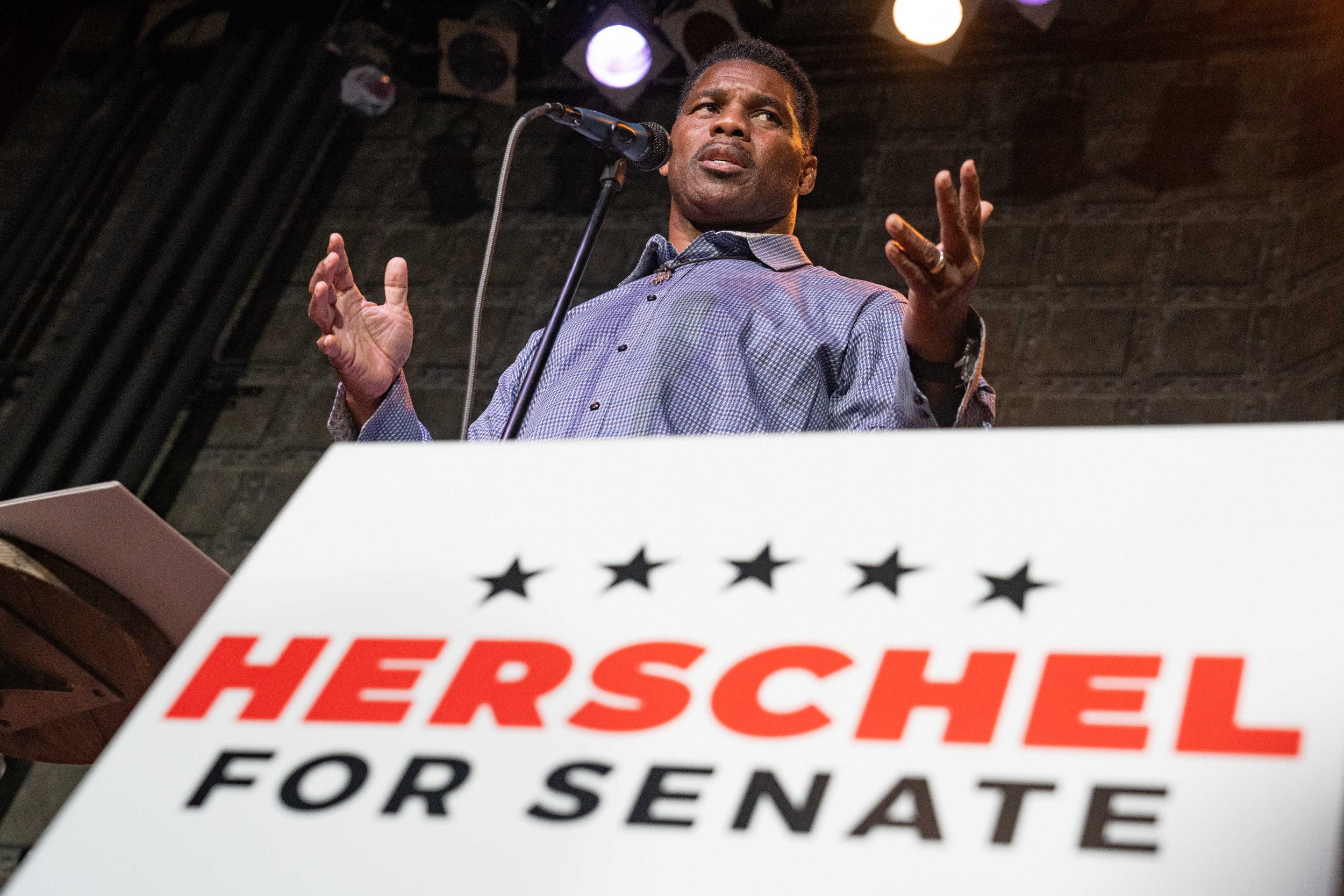 Walker, during a Tuesday interview on conservative podcast The Clay Travis and Buck Sexton Show, urged Abrams to leave Georgia and move to one of the “51 more” states to live in. Abrams controversially called Georgia the “worst state in the country to live in” last month. Walker, a former NFL star, said he found Abrams’ comment “insulting.”

“If you don’t believe in the country, get out and go somewhere else,” he added. “If it’s the worst condition, why are you here? Why don’t you leave? Go to another – there’s something, 51 other states you can go to, you don’t have to be here.”

Host Clay Travis followed up on Walker’s comments by subtly correcting him about the current number of US states before suggesting that the Republican candidate’s inflated number could eventually become a reality.

“Like you said, Stacey Abrams, in many other states where she could live,” Travis said. ‘Forty-nine of them. And, uh, maybe the District of Columbia — I know the Democrats want to make DC and Puerto Rico states.”

news week reached out to the Walker campaign for comment.

Abrams is set for a rematch in the November election with Republican Governor of Georgia Brian Kemp, to whom she narrowly lost in 2018. Kemp was one of many who lashed out at Abrams for calling Georgia the “worst” state.

Abrams later responded to the comment, saying her comment was made with an “inelegant delivery,” arguing that she intended to criticize Kemp for touting the treatment of companies in Georgia as they compromise living and working conditions for them. residents ignored.

Polls suggest a close race between Walker and Warnock. An average of recent polls by RealClearPolitics shows Walker had a lead of less than 1 percent on Wednesday. Kemp is doing better, with an average lead over Abrams of about 5 percent.

During Tuesday’s podcast appearance, Walker also accused Abrams and Warnock of failing to appear at an unspecified police banquet he had recently attended.

“I was at a police banquet,” Walker said. “And what was funny about that, they invited Mrs. Abrams and they invited Senator Warnock. Neither showed up. They didn’t even show up to support the police.’

“We must support our men and women in blue,” he continued. “And you don’t want to support them? … I said, there is a problem, and I want the people of Georgia to know about it.”

Walker’s opponents have recently criticized him for his alleged hypocrisy about having multiple undisclosed children, while railing against “fatherless” families in the black community.

He also faced criticism for a report claiming that he falsely claimed to be a police officer and FBI agent, and for falsely claiming to be a graduate of the University of Georgia, a high school graduate and the founder of a charity for veterans.