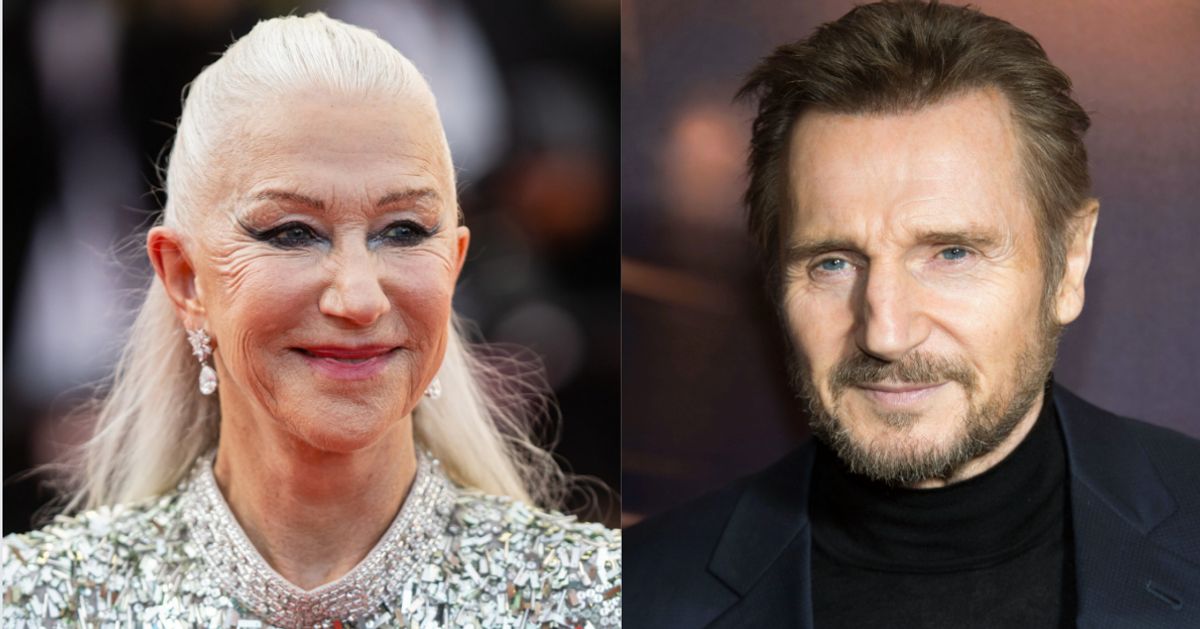 Love once sparked between Liam Neeson and Dame Helen Mirren, who dated for years before breaking up (and robbing the rest of us of an action superstar power couple of a certain age).

Dame Helen recently reflected on her past romances in an interview with AARP The Magazine, revealing that she’s made a habit of gifting boyfriends homemade shirts from scratch.

“Funnily enough, I did make one for Liam,” she told the outlet. “We loved each other. We weren’t meant to be together like that, but we loved each other very much. I love him dearly to this day. He’s such a great guy.”

The Fast and Furious star said she made similar gestures to ex Peter O’Toole and her now-husband director Taylor Hackford, to whom she has been married for more than 25 years.

Liam has previously shared that he was instantly “deeply in love” with Mirren after seeing her in costume for the first time.

“Can you imagine riding horses in shiny armor, having sword fights and all, and falling in love with Helen Mirren?” he told CBS in 2014. “It doesn’t get any better than that.”

With the help of Dame Helen, the Irish actor eventually got an agent, learned to drive and moved to London, where he lived in her apartment for many years and booked roles in several theater productions.

But the two eventually went their separate ways in 1985, as their career took precedence over their romance.

“It was hard for him to be in my shadow,” the Oscar winner said of her relationship in The New York Times.

“I was well known; I had the money… I had a feeling from Liam that it was time he got out of my care. He handled it with great elegance and grace. We loved each other. It was hard to let go.”

Shortly after their split, Dame Helen met her now-husband when he directed her in the movie White Nights. Liam, meanwhile, married Natasha Richardson. They were married until her unexpected death in 2009.

While Liam and Dame Helen have yet to team up on screen again, they have remained friends and crossed paths over the years. During an appearance on The Graham Norton Show in 2018, they sweetly reminisced about their relationship.

“We lived together for four years. We were a serious item for a while,” she said in the talk show. “Happy me!”