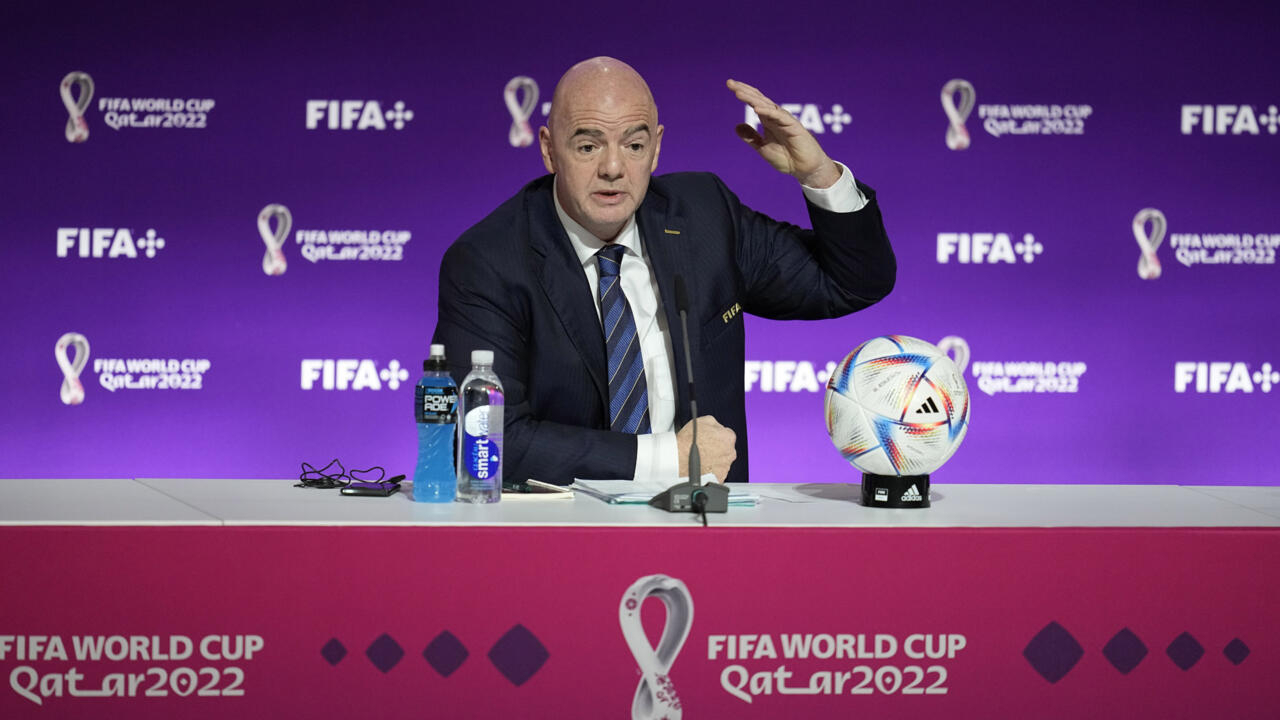 After fierce criticism of the World Cup in Qatar, the head of the UN labor office on Sunday urged FIFA’s president to play a greater role in scrutinizing future World Cup organizers.

International Labor Organization director-general Gilbert Houngbo told AFP ahead of the meeting with Gianni Infantino that Qatar has been a victim of “double standards” and has made significant progress, but that more needs to be done for its migrant workers.

The ILO is seeking a role in conducting “due diligence” for prospective candidate countries, Houngbo said in an interview.

FIFA is under increasing pressure after years of criticism of Qatar’s labor rights, ranging from controversies over deaths at mega-construction projects to unpaid wages and working in the Gulf state’s fierce summer heat.

Houngbo said he believes that “FIFA is very committed to ensuring that for future World Cups, or the next award, the social issue, the issue of respect for workers’ standards, are critical questions in the decision”.

The former prime minister of Togo said respect for human rights should include “rights related to work and in particular health and safety at work”.

FIFA, which is already working with the UN High Commissioner for Human Rights, said after the meeting that talks on a memorandum of understanding with the ILO have not yet been completed.

“We have been working with the ILO for a number of years and we want to ensure that our fruitful cooperation continues in the future,” Infantino said in a statement.

Houngbo said he was “fairly optimistic” about reaching an agreement with FIFA on workers’ rights.

“It cannot be the only element in making a decision, but the ILO would be available to do some kind of due diligence on all candidate countries,” FIFA said.

He said the same rules should apply “to the Olympics and other sports.”

The 2026 World Cup will be held in the United States, Canada and Mexico. “In theory we don’t have a problem. But that doesn’t stop us from staying vigilant,” said Houngbo.

The ILO has had a temporary office in Doha since 2018 to advise the government of Qatar on its reforms and to monitor conditions for migrant workers, who make up nearly 90 percent of the country’s 2.9 million population.

Houngbo has also held talks with Qatar to make the office a permanent base, the first in the Gulf region where almost all countries have criticized labor rights.

The ILO chief said many of the attacks on Qatar are “double standards”.

Houngbo said Qatar deserved credit for dismantling its punitive ‘Kafala’ labor system — which prevented workers from changing jobs or leaving the country without employer permission — by introducing a minimum wage and limiting hours worked during the heat can be worked since international trade unions made an official complaint to the ILO in 2014.

The government, which has expressed its dismay at what it calls “racist” attacks, says it has spent more than $350 million since 2018 on compensation for stolen and unpaid wages.

“This shows the government’s involvement and the magnitude of the problem,” said the ILO chief.

A “small number” of companies “still engage in illegal practices and we must continue to work on that.”

The ILO is also urging Qatar to improve its data collection to end bitter debates over the number of deaths in work accidents.

The government has said there were 414 deaths in accidents between 2014 and 2020. According to human rights groups, “thousands” have died.

“I think the public needs to know the truth and sometimes the honest truth is that there is no credible information,” Houngbo said.