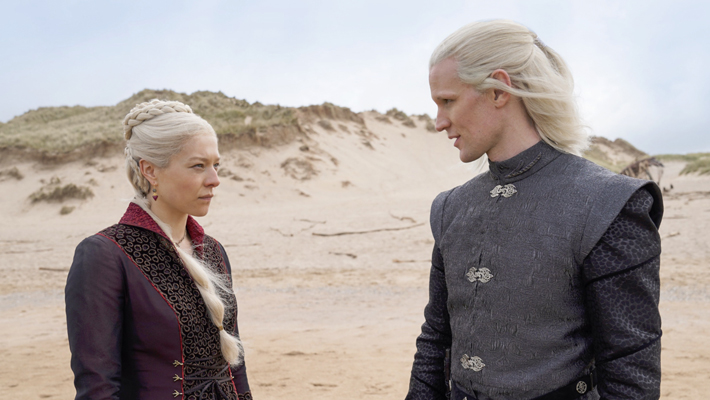 After Game of Thrones’ controversial ending in 2019, HBO soon promised fans there would be more GOT content on the go. Much more. The first will be House of the Dragon, which will premiere later this summer with a star-studded cast wearing long blonde wigs accompanied by giant dragons.

HBO has released some more images of the highly anticipated series, which will take place a few hundred years before the main movie GOT storyline fans know them all and especially love them. The plot will be based on the Targaryen family and its complicated history before Daenerys is even born.

The new poster image shows Emma D’Arcy as Princess Rhaenyra Targaryen while supported by a huge Smaug-looking dragon. She stands on a set of familiar swords. And yes! They get their own Funko pops.

The series will star in the lead role doctor who lead Matt Smith as Prince Daemon Targaryen, the younger sibling of the revered King Viserys, played by Paddy Considine. The series is expected to provide some context to the complex family and their connection to the dragons. The cast also includes Olivia Cooke, Emma D’Arcy, Rhys Ifans, Steve Toussaint, Eve Best, Fabien Frankel and Sonoya Mizuno.

House of the Dragon premieres August 21 on HBO and HBO Max.