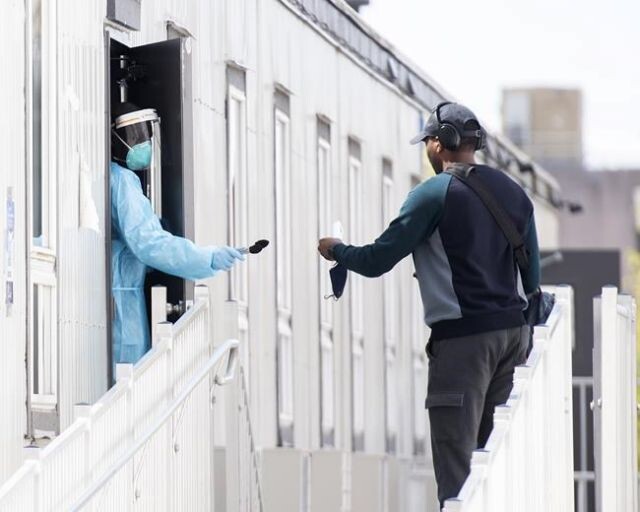 Nearly one in four Canadian respondents to a new online survey said they were infected with COVID-19, while about three in four were not.

As the country grapples with the sixth wave of the COVID-19 pandemic and less data is shared with the public, the Army and Association for Canadian Studies poll offers a picture of how many people have been infected.

Christian Bourque, Army executive vice president, said it was remarkable that the number of reported infections was higher than what the official data suggests.

The online survey of 1,538 Canadians, conducted from April 8 to 10, cannot be attributed a margin of error because internet-based polls are not considered random samples.

Thirty percent of respondents aged 18 to 34 said they were infected with COVID-19, while 12 percent of those over 55 had contracted the disease.

“What really stood out was the difference when it came to age,” Bourque said.

“It seems to match the patterns we’re seeing that the more sociable you are — going out to restaurants, bars and concerts — makes you a little bit more vulnerable to getting the disease.”

Vaccination status also played a role: 38 percent of unvaccinated respondents said they were infected, compared with 20 percent of their vaccinated counterparts.

Nearly three in five respondents who had COVID-19 said they had mild symptoms, while 14 percent said they had severe symptoms that did not prevent them from performing daily activities.

One in five people infected with the virus said they had severe symptoms that kept them in bed.

When asked whether they were afraid of contracting COVID-19, respondents were evenly split.

Have an opinion? Send it to [email protected]

April 11, 2022 – 15156 votes
Do you agree with conservative candidate leader Pierre Pollievre that the CBC should be written off?