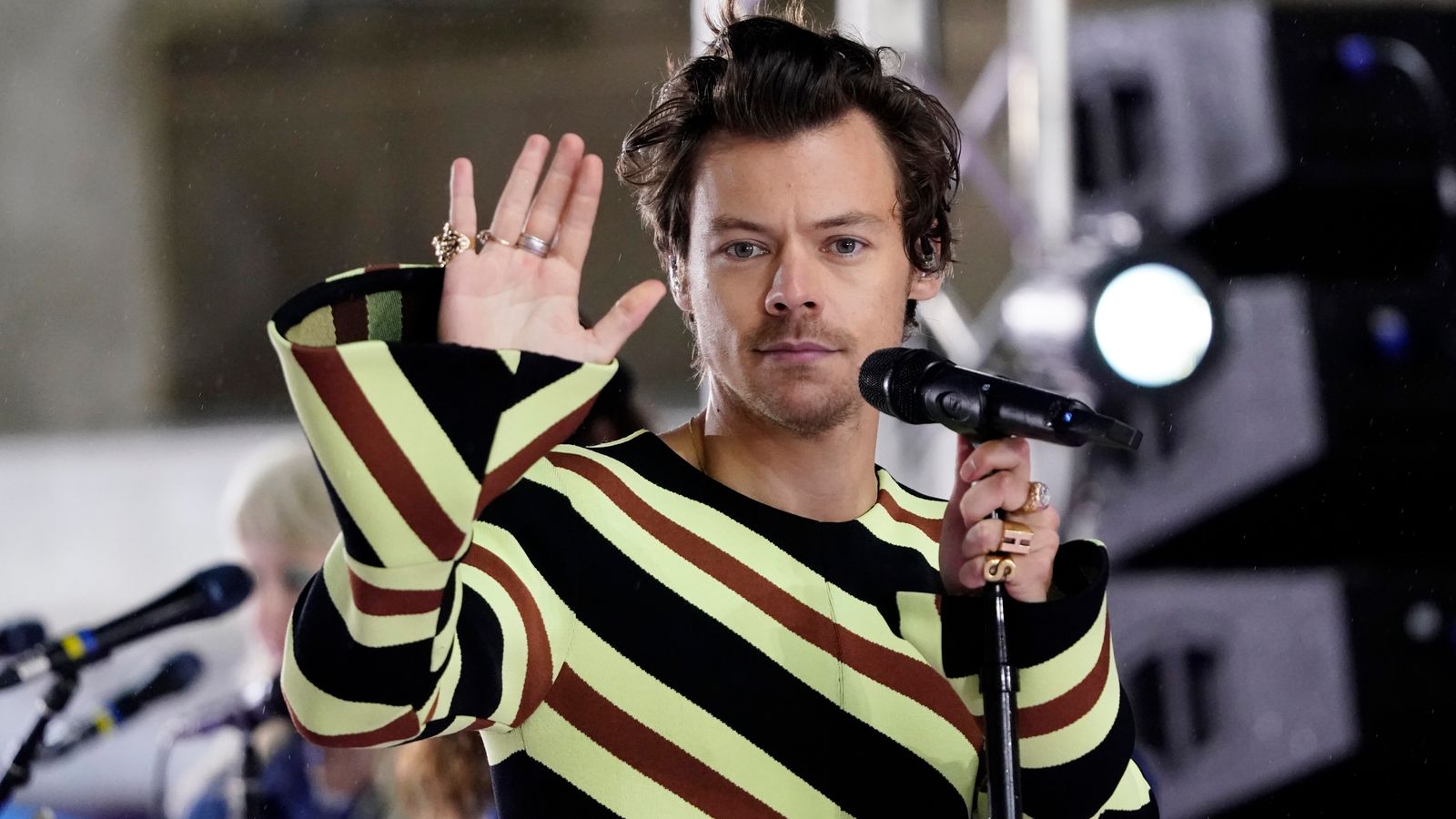 Harry Styles says he is “devastated” and “heartbroken” after a shooting at a shopping center in Copenhagen that left three dead and four seriously injured.

The former One Direction star was set to perform at the Royal Arena in the south of the Danish capital on Sunday evening as part of his Love On Tour shows.

He canceled the show after a gunman opened fire less than a mile from the sitewho apparently randomly selects his victims and acts alone, according to Copenhagen Superintendent Soren Thomassen.

Huge crowds had already gathered in the arena when the show’s cancellation was announced and fans had to be asked to leave.

Styles tweeted to his 37.9 million followers: “I am devastated, along with the people of Copenhagen. I love this city. The people are so warm and full of love.

“I am devastated for the victims, their families and everyone who is in pain.

“I’m sorry we couldn’t be together. Please take care of each other.’

Live Nation, the promoter of Styles’ tour, said in a statement: “Tonight’s concert with Harry Styles has been canceled at the direction of the Danish police.

“We are all truly devastated by today’s events and our thoughts are with the victims and their families.

“We are investigating future possibilities for the show and hope to be able to inform ticket buyers directly as soon as possible.”

Three people were killed and four are in critical condition after the attack on Field’s shopping center, according to Danish police.

A 22-year-old man, described as an “ethnic Dane”, was arrested near the crime scene.

So far, officers have said his motives have been unclear and there is nothing to indicate terrorism. They said he had a history of mental health problems.

The suspect will be arraigned Monday on suspicion of murder.

A reception with Denmark’s Crown Prince Frederik, due to be held on the royal yacht docked in Sonderborg in southern Denmark, has also been canceled after the incident.

Pearl Jam and Queen + Adam Lambert will be performing at the Copenhagen arena in the coming weeks.

Is Love On Tour Cursed?

Styles’ shows have had some setbacks. He was set to take his Love On Tour show around the world in 2020 before the pandemic brought the live music industry to a standstill.

His rescheduled tour began in September 2021 in Las Vegas before moving across the US, with the European tour kicking off in Glasgow in June 2022.

Read more:
Where does Harry Styles rank in the rich list under 30?

However, on the first day of the European leg of the tour, a fan fell from the highest level in Glasgow’s Ibrox Stadium during the singer’s concert, landed on other people in the crowd. No one was seriously injured.

His next show is scheduled for Tuesday in Paris.

His most recent album, Harry’s House, was warmly received by critics and lead single As It Was recently reached number one in the UK for its tenth week.