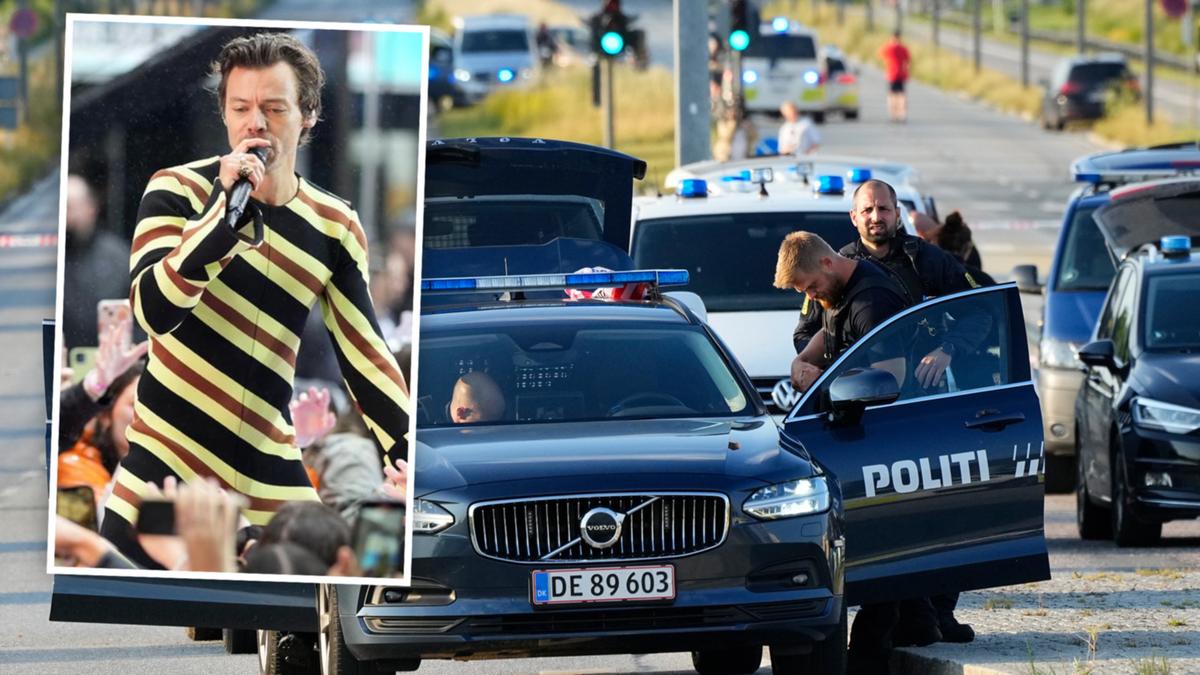 Harry Styles has reportedly canceled a concert in Copenhagen after a deadly shooting at a nearby shopping center.

The former One Direction star, 28, was set to take the stage at the Royal Arena on Sunday night as part of his highly anticipated Love On Tour shows.

On Sunday afternoon, Danish police responded to a shooting at Field’s shopping center near the bullring, which is on the southern edge of the city.

Police confirmed that several people have been killed and others injured, while a 22-year-old Danish man has been arrested after being held near the site.

The concert was set to begin at 8pm local time and large crowds had already gathered in the arena when the show’s cancellation was announced and they were asked to leave.

Acts such as Pearl Jam and Queen + Adam Lambert will also perform in the hall in the coming weeks.

After the shooting, the Danish royal palace announced that it had canceled a reception with Crown Prince Frederik who was associated with the Tour de France.

The reception was to take place on the royal yacht moored in Sonderborg, the city where this year’s third leg of the race ended.

Styles was set to take his Love On Tour show around the world in 2020 before the pandemic brought the live music industry to a standstill.

The rescheduled tour kicked off in September 2021 in Las Vegas before moving across the US, with the European tour kicking off in Glasgow last month.

Styles’ most recent album, Harry’s House, was warmly received by critics and lead single As It Was recently hit number one in the UK for its tenth week.