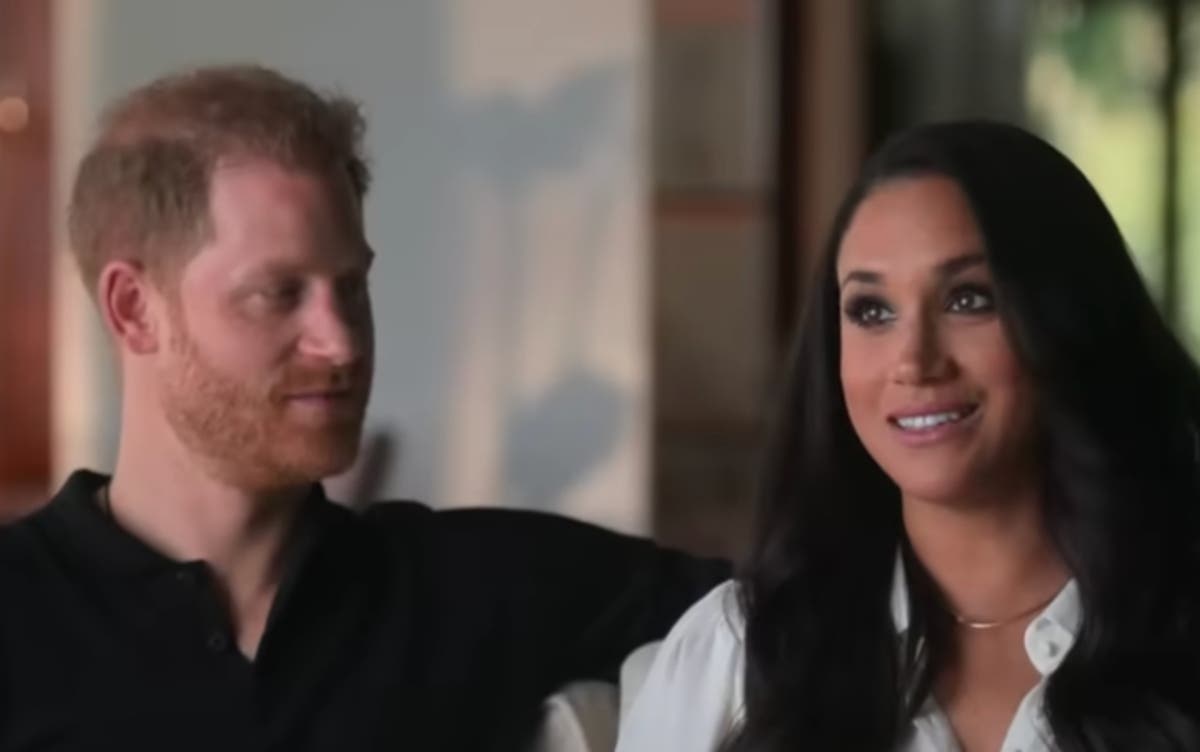 Neither Palace officials nor members of the royal family were approached for comment on the content of Prince Harry and Meghan Markle’s new Netflix docuseries, it is alleged.

It was suggested that representatives from Buckingham Palace and Kensington Palace, as well as the royals themselves, were not given a chance to comment on the series of allegations leveled against them in the first three episodes of the highly anticipated series.

This accusation is now challenged by reports that both palaces have been contacted.

The Duke and Duchess of Sussex’s defining documentary began streaming on Thursday, with Harry accusing the royals of “huge level of unconscious bias” and Meghan saying the media wanted to “destroy” her.

A senior source in the royal household refuted the written statement of “Members of the royal family refused to comment on the content of this series”, which appeared on a black screen at the beginning of episode one.

In the first episode of the six-part show, Meghan claimed that “salacious stories” had been “planted” leading up to their nuptials, with the couple “playing goofball” as the articles appeared.

The second installment of the Harry and Meghan docuseries begins streaming on December 15.

At some points, it’s hard to tell if the couple is naive or insincere. But at other times, the couple is endearing or deeply sympathetic. Read this review from Jessie Thompson:

Harry and Meghan set out the intent in opening scenes

“This is about duty and service and I feel as part of this family it is my duty to expose this exploitation and bribery in our media,” Prince Harry says in the opening scenes as he prepares to to leave the UK. early 2020.

Meghan is seen separately filming herself in Vancouver wearing a towel on her head saying, “Unfortunately, in our standing for something, they’re destroying us.”

Fans of the couple have shared versions of the same post with their critics on social media, all with a similar sentiment: If you don’t care, don’t look.

‘Is that meant to be funny?’: viewers criticize ‘disrespectful’ reverence scene

One of the more chilling parts of the docuseries is Meghan reenacting her awkward bow when she first met the late Queen.

On social media, the scene in the Netflix docuseries has been described by viewers as “awkward”, with many expressing discomfort at the Duchess’s “disrespectful” reminder and Prince Harry’s reaction.

From first dates to racism: the biggest talking points from Harry and Meghan’s Netflix series

Ellie Harrison takes a look at what we learned from the first three episodes of the Duke and Duchess of Sussex Netflix docuseries.

Prince Harry says he blocked many early memories of his mother

“Most of my memories are of being overrun by paparazzi,” Prince Harry says in the docuseries, recalling his childhood. He adds that they were rarely on vacation without someone jumping out of a bush with a camera.

Laura Elston reports what the Duke says about his early memories.

Was the Harry and Meghan documentary worth it?

“I remember so vividly the first Christmas in Sandringham,” Meghan said. “Call my mom, and she says, ‘How are you?’ and I said, ‘Oh my God, it’s great. It’s like a big family like I always wanted.'”

She adds, “There was just that constant movement and energy and fun.”

The third episode of the docuseries focuses on the couple’s engagement. Meghan Markle reveals that the interview they gave after the announcement felt like an “orchestrated reality show”.

“It was rehearsed,” Meghan said. “We did the press thing, then we went straight in, took off the jacket and did the interview. So it’s all at the same time.”

When asked if she meant they were told how the interview would go, she explained: “Yeah, but also like, ‘Then there comes a point when they want to see the ring, so show the ring’. We were allowed to not tell our story because they didn’t want to [it].”

Isobel Lewis reports on what the Duke and Duchess say about their engagement.

Meghan Markle has said she was “surprised” at the formality of the royal family, which continues even behind closed doors, in the new Netflix documentary Harry and Megan.

“I think very quickly I came to understand that the formality on the outside carried over to the inside,” she recalls.