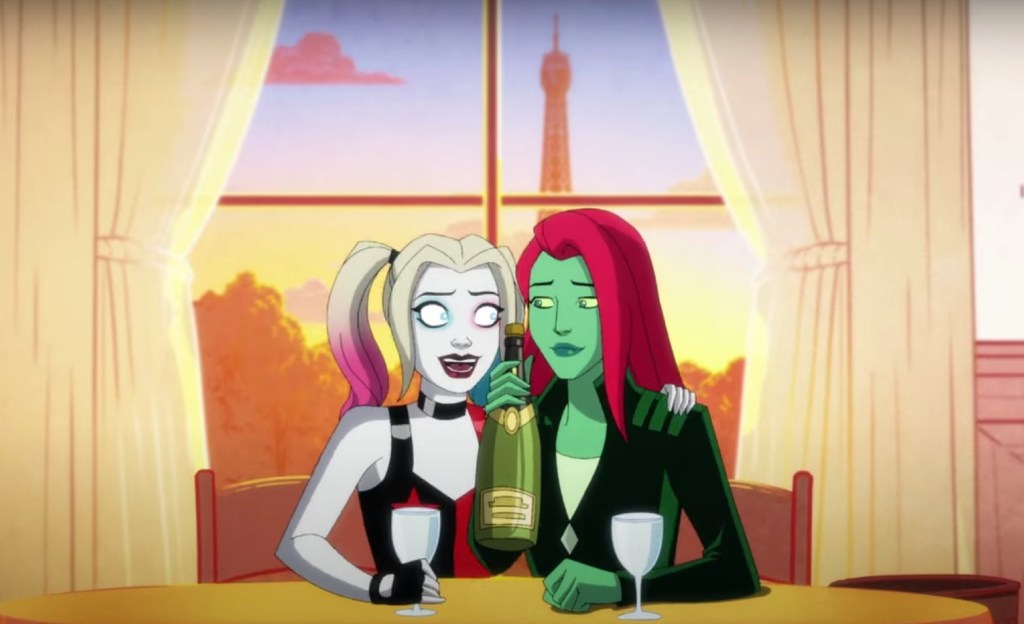 Kaley Cuoco’s Harley Quinn may not get big-budget Hollywood movies, but the animated offshoot of the DC movie universe is one of the best shows on television. And Season 3 officially has a release date.

Tuesday released an official trailer for season 3 of Harley Quinn, which seems to pick up where the show left off when it comes to humor and absurdity. Regardless of the seriousness that modern Batman movies have to carry, Quinn is one of the funniest and best comic adaptations ever made. It’s the only show where Robin refuses a custom grilled cheese with all the rinds off, just the way he likes it.

Season 2 of Harley Quinn ended with (spoilers coming!) the beginning of Quinn’s relationship with Poison Ivy. And the season 3 trailer clearly shows them in the happy times of young love.

“What’s up with you and, like, bags of people?” asks Ivy as Harley delivers a two-week birthday present to her friend: Suicide Squad leader Emilia Hardcourt. That’s just part of the “Eat. Bang! Kill. Tour” Harley and Ivy are a new power couple in Gotham. But they aren’t the only familiar faces in the trailer. Clayface and King Shark appear to have escaped prison, and there’s a lot of talk about what Ivy and Harley do when no other heroes are around.

“It’s so fun and raunchy. And then a little scary,” Lake Bell’s Ivy says during the trailer, which is actually a pretty good logline for the show over its two seasons and still is.

Season 3 promises to be, in no particular order: wetter, freakier, squishier, dirtier and creepier. Also, an animated James Gunn obliges when a man demands to sit on. If you’re just catching up on all this, you’ve got a little time to get yourself ready for Season 3. It’s coming to HBO Max on July 28.