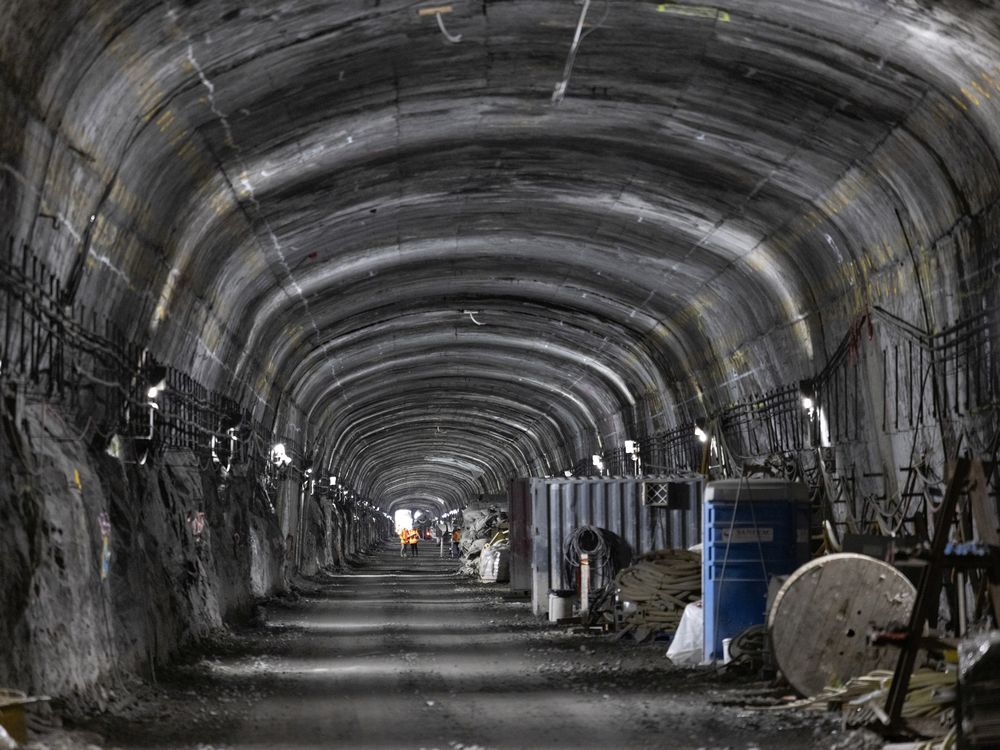 Last winter, the regional transport planning body of Greater Montréal came under heavy criticism from its political masters for daring to collaborate in a devastating analysis of the controversial REM de l’Est run by the Caisse de dépot et placement du Quebec.

The Autorité régionale de transport métropolitain appeared brave for insisting on doing its job despite being sidelined by the pension fund and elected leaders in their haste to put the elevated rail link to the east of Montreal into operation.

Four months later, the ARTM is now one of the parties responsible for conceiving a new incarnation of the REM de l’Est after de Caisse withdrew from participating in a shortened version of the project, approved by Prime Minister François Legault and Mayor Valérie Plante who will not damage the cityscape.

While this should be a win for those who prefer to bring the “public” back into public transport planning, there are now concerns that the ARTM suffers from the same bureaucratic opacity, “brusque” treatment of other authorities and lack of transparency as the Caisse was accused of.

In a report submitted to the National Assembly last week by Transport Minister François Bonnardel, those who work with the umbrella organization did not mince their words about their “dissatisfaction” with the ARTM.

“Stakeholders believe that the ARTM is exceeding its responsibilities and interfering in the operational matters pertaining to public transport organizations,” said the report, which is based on a survey of municipalities and transport agencies in charge of the regional body.

Complaints include that the ARTM does not communicate well and does not consult sufficiently. This is all rather ironic as these are some of the same criticisms that have been leveled against the Caisse. Many attributed this to the fact that the pension fund’s priority is the return on its investment rather than the public interest. But the ARTM’s raison d’être takes politics out of transport planning and allows for better integration of services across the region.

The ARTM was founded in 2017 after years of competition rather than cooperation between transport companies. So maybe there is some resentment among these stakeholders that the ARTM is entering into their territory.

But this isn’t the first time the ARTM has come under fire for turning its wheels. It was one of those responsible for bringing the Blue Line expansion to a halt. And when it finally submitted its major transportation plan for the Montreal region to the Quebec government last summer after four years of preparation, it was sent back to the drawing board for failing to prioritize from a list of $57 billion in infrastructure plans.

The Quebec government is closely monitoring what is happening at the ARTM. Legault, when awarding the REM de l’Est to the Quebec Transport Ministry, City of Montreal, Société de transport de Montréal and ARTM, made it clear that he expected results. His warning that anyone who drags their feet will be replaced seemed specifically aimed at the ARTM in light of its earlier intervention by putting a spoke in the wheels of the prime minister’s pet project.

But it’s clear Legault is in business. The government recently appointed Patrick Savard, the former director-general of the city of Longueuil, to the board of directors of the ARTM to shake things up. And after the unflattering report, Bonnardel said a review of the ARTM’s mandate could be to improve its operations. Perhaps it would be equally efficient if the government simply granted the ARTM the same powers it granted to the Caisse.

On the face of it, it makes much more sense to let the agency responsible for planning, constructing, and financing public transportation in Montreal actually do the planning, constructing, and financing of public transportation. The argument that CDPQ-Infra, Caisse’s infrastructure unit, would get the job done on time and on budget has fallen short of expectations given the delays and cost overruns with the original $7 billion REM line, primarily due to unpredictable “surprises” in the Mount Royal Tunnel. But the Caisse will remain a partner in Montreal’s transit landscape when REM is finally ready.

Right now, Montrealers don’t need political decision-makers to waste any more time or create even more confusion trying to reinvent the wheel. With so much major infrastructure in the works and major shifts in commuting patterns in the wake of the pandemic, Montrealers need only effective, responsive and innovative leadership to bring important projects to fruition, no matter who is responsible. Is that too much to ask?