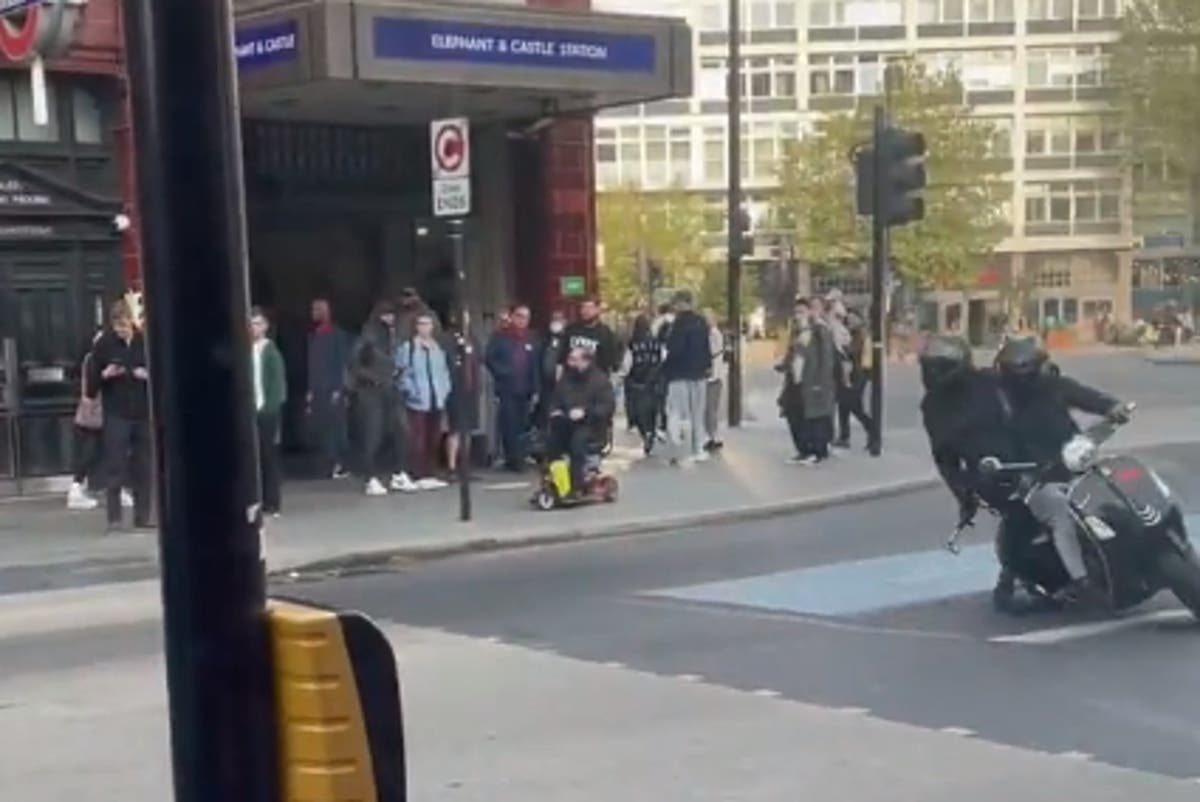 A pair of machete-wielding robbers raised the alarm when they attempted to steal a motorcycle on one of London’s busiest roundabouts, witnesses said.

The intended victim managed to get a huge knife off one of the attackers at 6.30pm last night as they tried to grab his bike in traffic around the Elephant and Castle roundabout.

An onlooker told The Standard that the robbers “had no fear”, adding: “It was crazy to try anything at such a busy intersection. There were a lot of people coming from different directions. The atmosphere was so quiet and tense. ”

They said that after losing the machete, the thugs returned with a hammer to intimidate the victim into handing over the motorcycle.

The duo on a black moped circled the victim in a purple jacket as he runs off to the safety of the sidewalk with the large knife waved at him moments before, witnesses said.

A woman from Gloucestershire told MailOnline: “I was walking back to Elephant and Castle and something didn’t feel right.

“There was one bicycle on the ground and another one facing the wrong way. I was walking with my aunt and I said ‘that man has a knife’, I could see the long blade… I just thought I was going to see someone die.

‘I live in the country… it was one of the worst things I’ve ever seen. I just have to go back to the countryside.”

While trying to flee empty-handed on their moped, the couple crashed and fell to the ground, sparking cheers from onlookers, the witness said.

Scotland Yard said no arrests have been made.

Anyone with information about what happened is requested to call the Met Police at 101 quoting reference 5535/23APR.