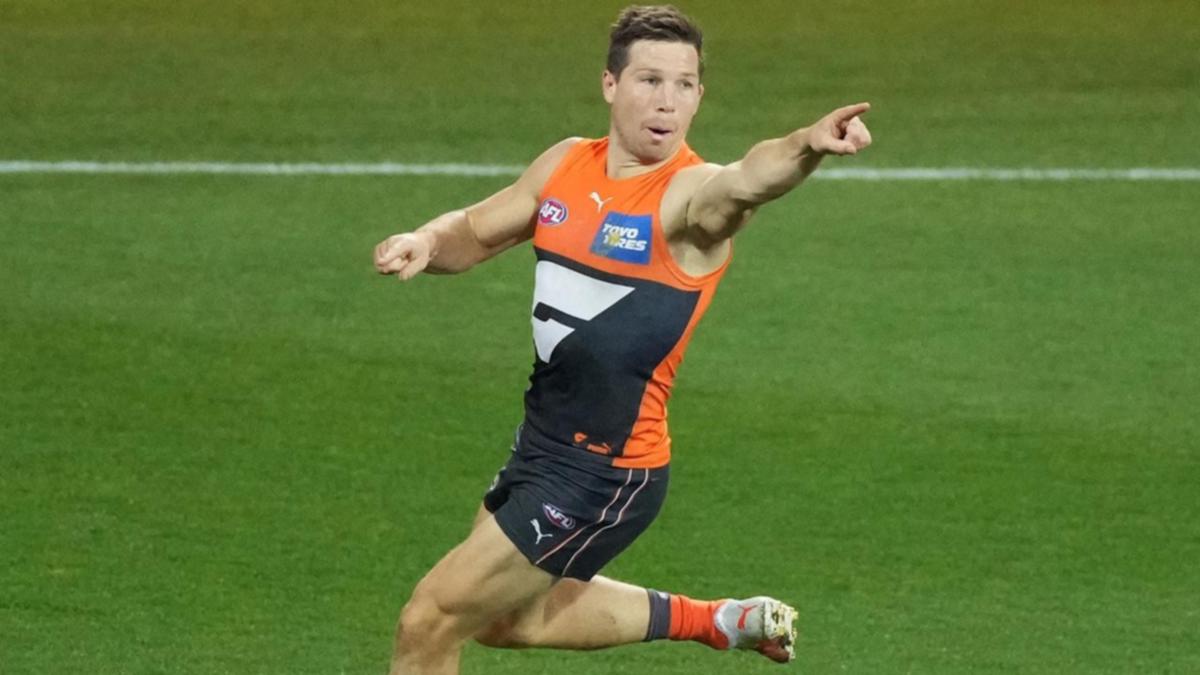 Amid GWS’s delight at Toby Greene’s imminent return from suspension, coach Leon Cameron is wary of the AFL clash with St Kilda becoming “The Toby Show”.

Greene has ended his six-game suspension for intentionally making contact with umpire Matt Stevic during last year’s final series and will return against the Saints in Canberra on Friday night.

Cameron said seeing Adelaide forward Taylor Walker score nine goals in his first two games back from his six-game racism suspension, showing that a player could perform straight away after a long hiatus.

“I watched Taylor Walker and his first two weeks were absolutely top-notch, so if we got a return like that, we’d be over the moon,” said Cameron.

“But I’m aware it can’t be ‘The Toby Show’, as much as we love him and he’s an integral part, he’s our joint captain now, he can’t wait to be back.

“You’ll no doubt get an energy boost among your group for being there, but if we get too Toby-focused other things won’t work for us.”

While Greene scored 45 goals in 18 games last year to earn his second All-Australian Guernsey, Cameron expects the 28-year-old to take time to return to his best.

“He’s fit and hard and ready to go. He’s going to need a week or two in match fitness, that’s normal because he hasn’t been able to play a game,” he said.

“We just want him to come in and play his part which is energy, fight for the footy, there will be dynamic things that we know he is capable of.

“Likewise, his ability to run is one of his biggest assets, which we need in our front, and we expect him to deliver on that over the weekend.”

Cameron sees a rare home game on Friday night as an opportunity for the Giants to get back into shape.

“It’s a huge game (with) all those elements that come into the Friday night game,” he said.

“We’re back in Canberra, we haven’t been here in a while, Friday football night is big, as we know, we asked for a match, we got that match.

“It’s huge, it’s huge. It’s not just this week, but next month is huge for us, starting on Friday night. What better way to showcase our football club?”