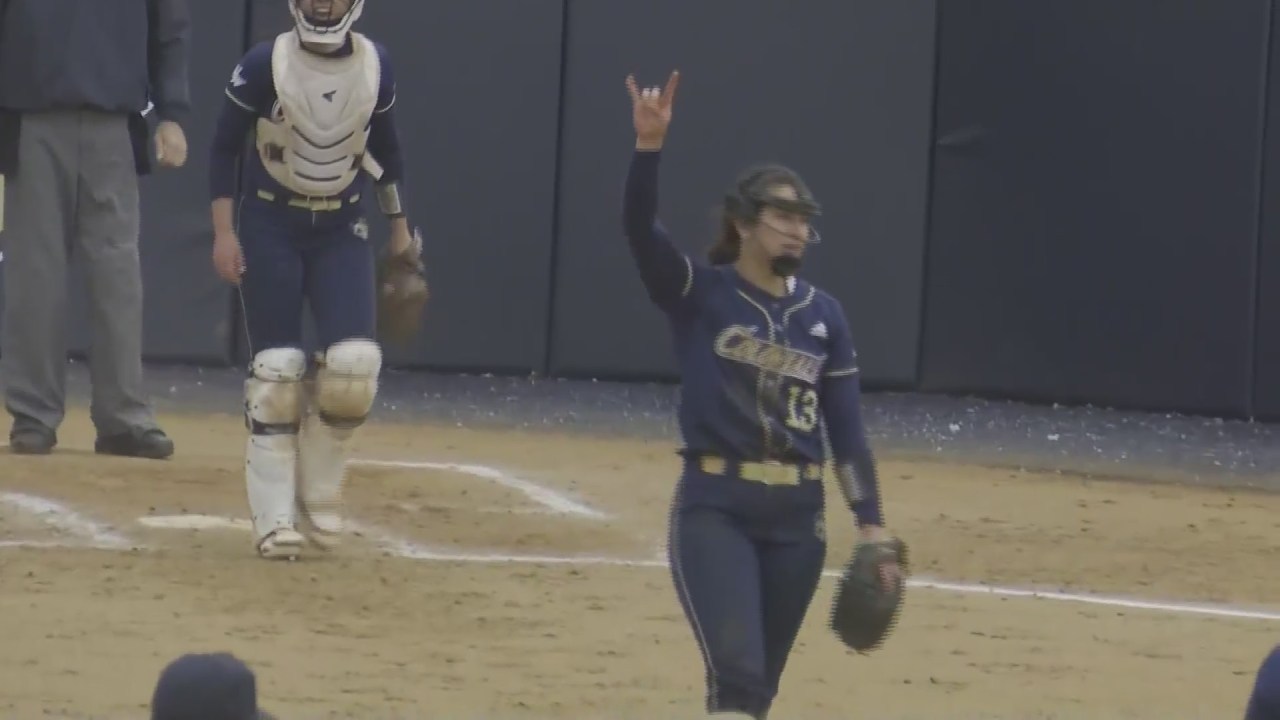 GW-pitcher Sierra Lange again was dominant on the mound, going a complete game, giving up six hits and one earned run..

“It was a big team win for us,” said Lange. “I think we got our bats alive today, and my defense had my back even with all the wind today. So it was a good team win.”

The Colonials scored two runs in the first inning, all thanks to Lange and Alessandra Ponce. Lange led off the bottom of the inning with a single, then was able to steal two bases before scoring on a sacrifice fly. Ponce followed with a solo homerun, her fourth of the season.

GW was able to score points in unique ways. After Ponce’s homerun, the team scored its remaining four runs on sacrifice flies and a wild pitch.

“We talk a lot about execution and I think every opponent you face can give you a different challenge every day,” said head coach Chrissy Schoonmaker. “So a really good day for the team, but just a really good execution of our at bats.”

George Mason was finally able to get on the board in the 7th inning, as the Patriots hit two doubles, the second by Nicole Bechtel, who drove in their lone run.