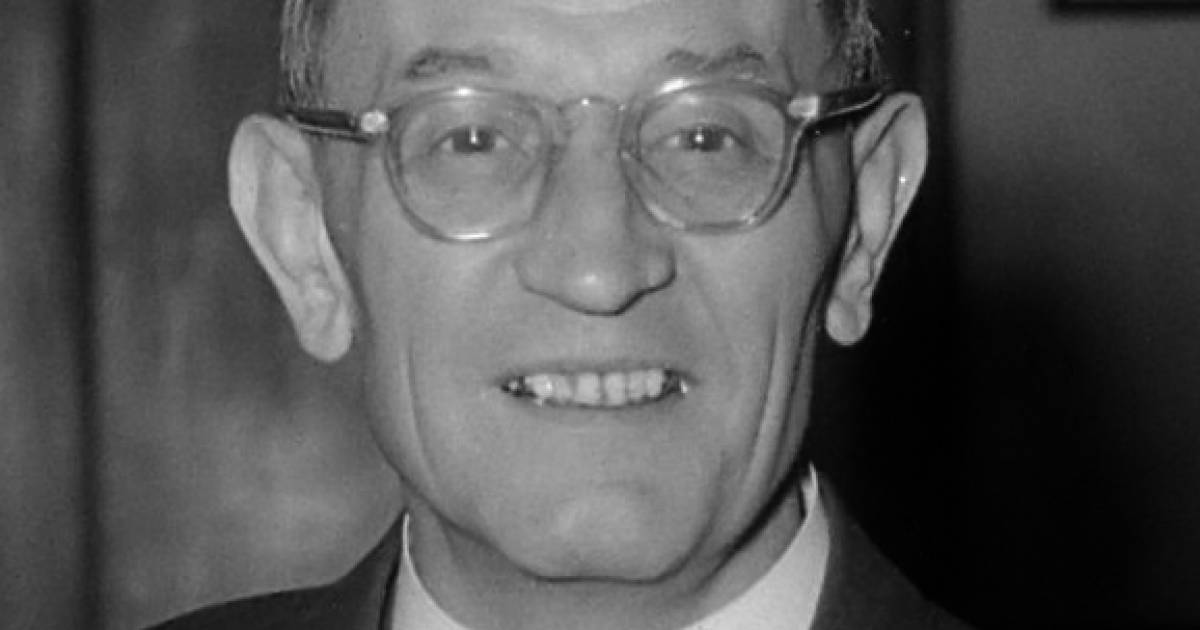 It was the summer of 2018 when I visited Berlin with my family. My curiosity about the history of the Holocaust was one of the reasons that brought me there.

Once we drove into the city from Frankfurt, where we had landed for the first part of our vacation to Europe, I started looking for a landmark related to Martin Niemöller.

Fortunately, his house was not far from the place we rented for our stay. After finding it through internet I went there but to my disappointment the building turned into a museum was closed due to some construction. All signs were in German, a foreign language for me. There was no response to the phone number listed on the website with information about it.

A critic of Adolf Hitler and the Nazis, he had to spend several years in concentration camps, including one in Sachsenhausen near Berlin, where we took a day trip.

Formerly a supporter of Hitler, Niemöller parted ways with him after the Nazis began to take control of the churches. It was his opposition to the Naziification of churches that made him an enemy of the state.

Niemöller never looked back and became an icon for human rights defenders around the world. His transformation truly reflects his feelings expressed in his popular verses, which are often appropriated even today by civil rights activists.

Incidentally, he died in 1984, a turning point for Sikhs in India.

It was around this time that the Sikhs in Punjab struggled for more rights to preserve their religious freedom and political autonomy. While their agitation remained largely peaceful, these people, who make up two percent of Hindu-dominated India, were unfairly targeted by the self-proclaimed secular congressional government.

This was done in the name of national unity to win the upcoming general election by polarizing Hindus. Any campaign by the moderate Sikh leadership was ignored or labeled as separatist in the mainstream media. There were even allegations that the government secretly patronized a parallel militant leadership to both weaken the Sikh movement and create suitable conditions to go after the community to please the majority.

Both the state-controlled media and embedded journalists of the time blamed some in the Golden Temple complex in Amritsar for a spate of killings of Hindus and political critics of the militants by death squads.

Exactly 38 years ago, in June 1984, the Indian army attacked the Golden Temple complex, the Sikhs’ holiest shrine, to confront a handful of insurgents who had holed up in this place of worship. The ill-fated military operation killed many innocent pilgrims and destroyed important historic buildings.

All other alternatives to force the militants to surrender through negotiations, a siege or cutting off water and power were avoided to make it look like a spectacular victory over one group of people. The bloodshed culminated five months later in the assassination of then Prime Minister Indira Gandhi by her Sikh bodyguards, who were outraged by the events in Amritsar.

After her assassination, the Indian National Congress orchestrated a massacre of Sikhs across India. In New Delhi alone, nearly 3,000 Sikhs were massacred by the mob with the help of the police.

Gandhi’s son Rajiv, who many believe was complicit in the pogroms, won the next election with a huge mandate by going on an anti-Sikh wave. By becoming prime minister, he left little doubt about the ruling party’s real intentions behind targeting a particular community.

However, the privileged majority remained indifferent to such blatant repression. Even the so-called liberals averted their eyes as they pondered it and still view Congress as a holy cow. They cleverly overlooked the grievances of the Sikhs.

Rather than stand up for an aggrieved minority or do anything meaningful to ease their pain, these liberals got carried away by the one-sided Congressional propaganda.

It is well documented that the supporters of the Hindu nationalist Bharatiya Janata Party (BJP), which currently rules India, also enjoyed the suffering of the Sikh community. Some of them openly justified the actions of the Congress administration, while others joined in the massacre.

That explains why Congress won by a brutal majority in 1984. The BJP only had two seats left in parliament, while Congress took home more than 400.

Fast forward to February 2002, when Gujarat witnessed the worst massacre of Muslims under the watchful eye of then Prime Minister Narendra Modi. Thousands of Muslims were killed by the mob led by BJP activists in the state after a train carrying Hindu pilgrims caught fire, killing more than 50 passengers.

Modi, now the Prime Minister of India and leader of the BJP government in New Delhi with a comfortable majority in the house, blamed the 2002 incident on Islamic fundamentalists and incited Hindus to go after Muslims.

Although Modi was never charged, the survivors continue to allege his involvement. The pattern of violence was similar to that in 1984.

Modi was re-elected with more seats in the assembly election that followed.

This gave him an edge over other BJP leaders and gradually made him a potential candidate for the post of prime minister in the 2014 parliamentary elections, even though he was able to maintain his rule in Gujarat until then.

In the meantime, the BJP continued to do its spades by indulging in divisive politics to ensure its advance. In 2008, an anti-Christian massacre shook the eastern state of Odisha, where a controversial Hindu preacher was murdered by the Maoist insurgents. But the BJP supporters were looking for an opportunity to teach Christian missionaries a lesson for their work in the tribal community. So the Christians were blamed.

The fact remains that most of the poor and marginalized parts of India, especially Dalits (so-called untouchables) and Adivasi (indigenous peoples), often become Christians of their own free will to avoid caste-based persecution within Hindu society.

Encouraged by the majority support over all these years, the BJP knew exactly what they were doing and was able to raise enough numbers to ensure Modi’s outstanding win, first in 2014 and then in 2019. Notably, Modi did not lose the second election, although attacks on religious minorities and political dissidents grew under his rule.

Back in Berlin I wondered where Indian society has gone since 1984.

In the German capital, we could hardly see any celebration of the Nazi era, while India has declined despite high claims about diversity.

The Nazis have in fact become the mainstream in India and live among its citizens. This should surprise no one, as the founders of the Hindu supremacist cultural organization Rashtriya Swayamsewak Sangh (RSS), of which the BJP is a part, once glorified Hitler and justified the Jewish Holocaust.

Inspired by Nazism, they spent years trying to transform India into a Hindu theocracy through social engineering. And today not only the Sikhs, but everyone is in danger.

If others had stood up for the Sikhs in 1984, the fate of India today would have been different.

I really wish Niemöller was alive to see this and relate it to his own experiences with this and guide us all.

One after another, minorities have been attacked with impunity in India, paving the way for Modi to rule a country where Muslims and Christians have become second-class citizens. Meanwhile, Sikhs face the challenge of being absorbed into the Hindu body politic.

The RSS has never recognized the clear identity of the Sikhs and has vehemently regarded them as part of the Hindu group. This is something that caused fear among Sikhs in the 1980s, leading some to take up arms in the first place.

Dalits and Adivasis who have been subjected to systematic discrimination for centuries have become even more vulnerable in Hindu India. Under these circumstances, a reasonable or liberal Hindu vote from the dominant society is also not safe.

Those who dare to question Modi or the RSS could end up being eliminated or jailed on trumped-up charges.

It’s time to learn from Niemöller’s legacy. If there’s anything to be gained from that, the lesson is to unite and fight back for everyone and not endanger others before it’s too late.