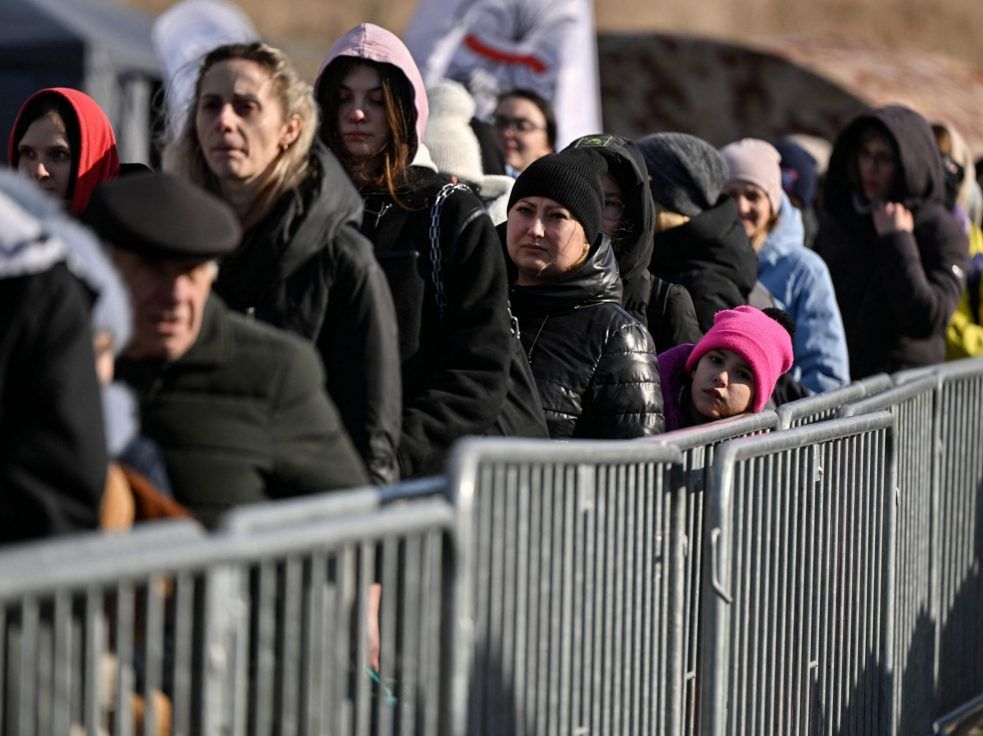 They were relatively civilized, middle-class Europeans who resembled the family living next door more than the refugees Western countries were so accustomed to seeing trickling over their borders.

At least, that’s how some Western news media and politicians portrayed Ukrainian citizens forced to flee their homes after the Russian invasion in February 2022.

As a second-generation Canadian and daughter of two Eritrean refugees, the distinctions between “us” and “them” were textbook messages that were impossible to ignore.

When I traveled to Ethiopia last May and visited my uncle, I saw firsthand how those refugees who were not considered part of ‘us’ often become forgotten victims of broken immigration systems.

Imagine growing up in an eight-bedroom house in a residential area, two hours outside the capital. Your father runs a public transport company and your mother is a shopkeeper who sells spices. You and your seven siblings attend the only private school in town.

The life you lead is a good one until one day the political situation in your country changes and your family suddenly loses everything. In the blink of an eye, 15 years pass in the refugee camp where you sit in limbo waiting for your asylum papers.

This is my uncle’s story in a nutshell.

Despite hailing from an area of ​​the world considered “uncivilized,” the life he led prior to the Ethiopia-Eritrea border war in 1998 was not all that different from the life of the average middle-class Canadian citizen. .

Research studies have long shown that lengthy asylum procedures negatively affect the mental health of refugees applying for refugees, leading to an increased risk of lifelong psychiatric disorders and my uncle is no exception.

After 15 years in the Shimelba camp, we lost all contact with him for two years, until 2021 when he was found homeless and sleeping on the streets of Addis Ababa.

When I met him this summer, his mental health had deteriorated so much that my family pooled resources and placed him in a private facility where he could receive treatment for depression while he continued to wait for asylum.

Although his case is extreme, long waiting times for asylum seekers are not uncommon.

In a 2017 memo, the Immigration and Refugee Board of Canada estimated that waiting times for asylum applications would be up to 11 years by 2021 — this is much closer to the bleak reality refugees face than the projected 24-month period posted on the department’s website. .

So when the Canadian government announced measures in March that would speed up the arrival of an unlimited number of Ukrainian asylum seekers and allow them to apply for a three-year extendable temporary stay, many wondered why the same swift action could not be taken. taken for the refugees who have languished in the system for years.

Canada, which rapidly implemented targeted support for Ukrainian asylum seekers, reminded us that our refugee policy is not a race-blind commitment to humanitarianism.

Welcoming a nation across its borders and into its society may reveal who belongs, who doesn’t, and which lives she thinks are worth saving.

December will be 18 years since my uncle first filed for asylum in 2004, but since he’s not one of those refugees believed to be “like us,” there’s no telling when his ordeal will end.

Criticisms of slow resettlement processes are usually answered with the excuse that an increasing number of asylum applications have placed an unsustainable weight on a system already weakened by a growing backlog.

Yet the international response to the Ukraine crisis has revealed how governments in the west can operate like well-oiled machines when they feel the need.

Praise our government for exemplary support for Ukrainians in need – now urge them to apply the same urgency and care to all refugees, equally.

Hermona Kuluberhan is an Ottawa writer and is currently completing a master’s degree in journalism from Carleton University.