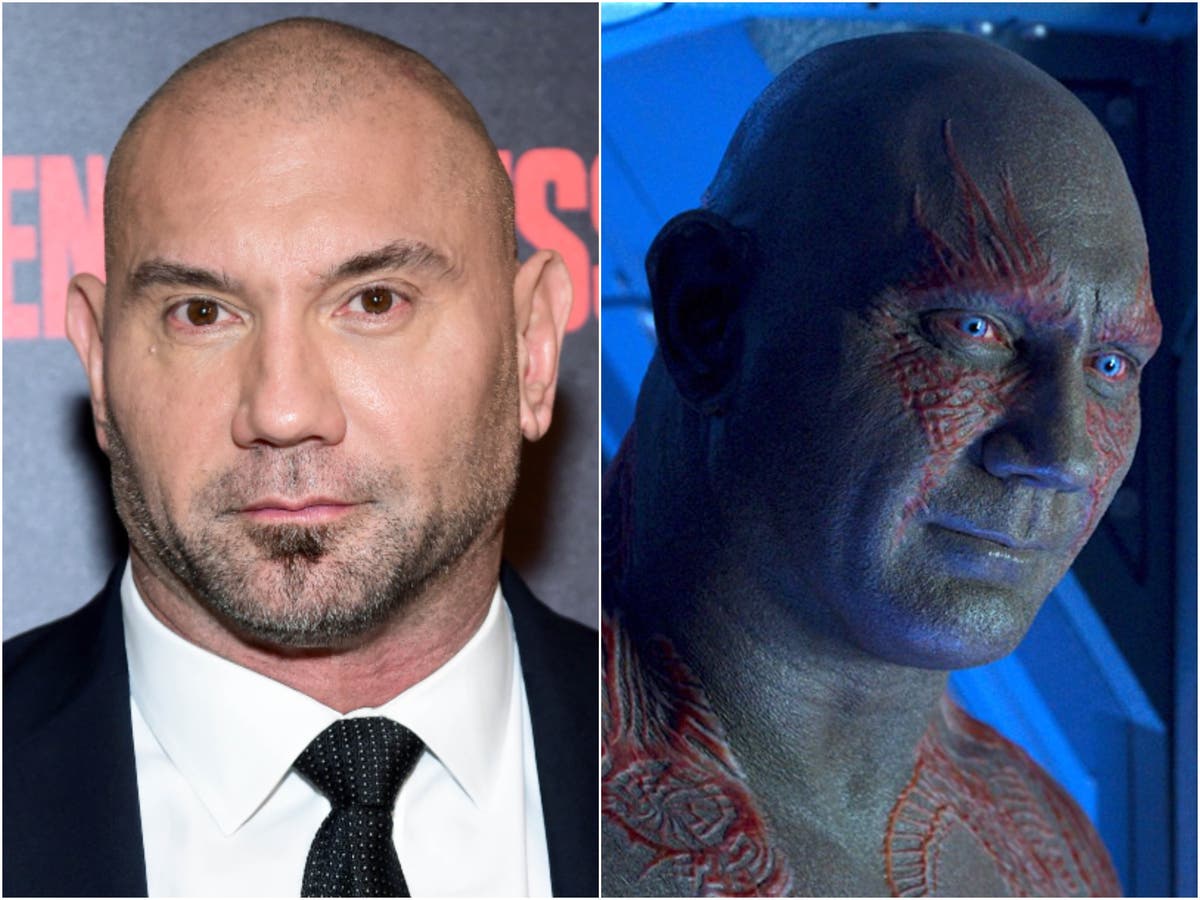 Guardians of the Galaxy actor Dave Bautista has finished his time in the Marvel Cinematic Universe (MCU).

The actor played Drax the Destroyer in a total of four Marvel movies, including the first two Guardians movies and two more Avengers movies (Infinite War and Endgame†

Bautista returns as the character in two additional films, Thor: Love & Thunderout July, and a third Guardians of the Galaxy movie, to be released in May 2023. He will also be featured in a Guardians Christmas special later this year.

However, Guardians of the Galaxy Vol 3 will complete his time in the film series.

The actor previously revealed the “be the end of my Drax” sequel, and now that the film has finished production, it looks like his time as the character has come to an end.

On Monday (May 9) Bautista wrote on Instagram: “I haven’t found the words yet. It ended so suddenly and I was on my way to my next movie before I could handle it all. End of a journey that changed my life.”

Director James Gunn announced that the film finished shooting last weekend and revealed the last shot he captured on camera.

Gunn recently defended Pratt amid calls for his removal from the franchise.

In the meantime, love and thunder director Taika Waititi claimed that the film’s villain, played by Christian Bale, is the best the Marvel Cinematic Universe (MCU) has had to date.

In August 2021, Bautista surprised fans by candidly revealing after Beng asked why he didn’t voice his MCU character in animated seriesWhat if…?which was released on Disney Plus.

After Thor: Love & Thunderthe actor will be featured in Knives from 2 ffollowed by a TV series based on Zack Snyder’s Netflix movie Army of the Dead†