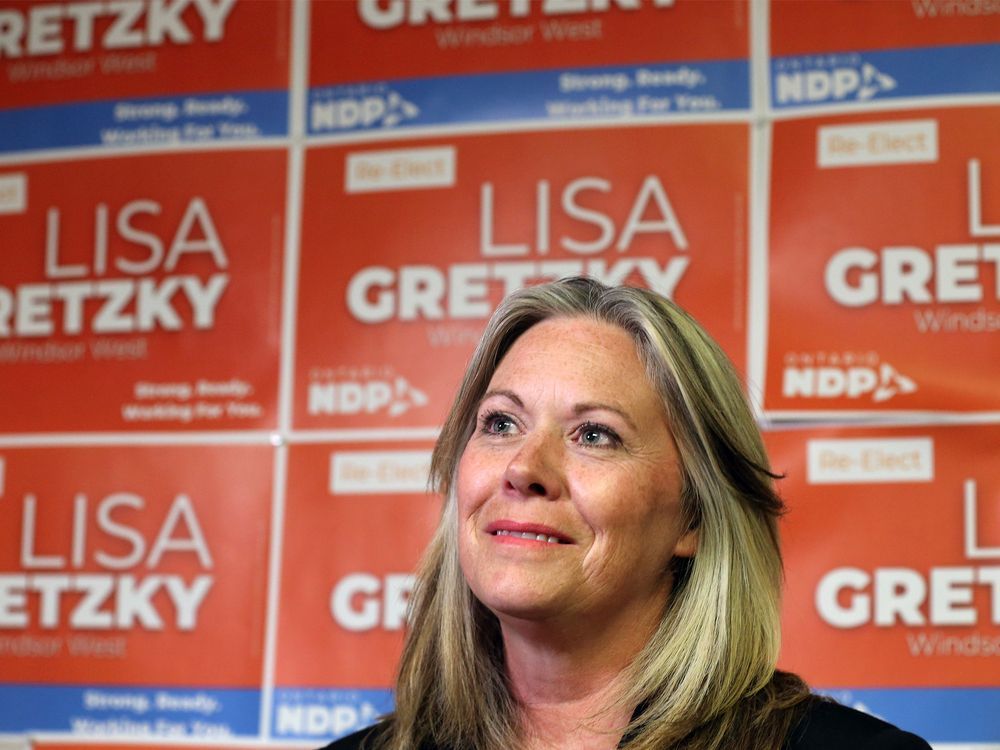 Windsor’s veteran MPP returns to Queen’s Park with a renewed focus on affordability and healthcare after her election win last week.

First elected in 2014 to represent Windsor West for the NDP, Lisa Gretzky triumphed over challengers Linda McCurdy and John Leontowicz on June 2 to secure the seat for the NDP. Gretzky is now the only MPP for her party in the region after progressive conservative candidates turned over the former NDP seats in Windsor-Tecumseh and Essex.

“I’m incredibly honored to have another chance to represent the people of Windsor West and work with the community,” Gretzky said.

†This wasn’t just going to the door during election time and saying, ‘Hey, I’m your best choice. Support me.’ It actually does that work in the community.†

For the foreseeable future, Gretzky said she would like to reintroduce important pieces of legislation, including her More Than a Visitor Act. If passed, the bill would recognize the importance of essential healthcare providers for people in collective care and guarantee access for essential healthcare providers during emergencies and the COVID-19 pandemic, which were curtailed early on.

“I fully intend to, among other things, reintroduce that bill,” Gretzky said. “That was community generated, knowing that when we work together as a community, we can make positive changes.”

As the newest MPP when she was first elected in 2014, along with Taras Natyshak and Percy Hatfield, Gretzky is now the region’s most senior MPP, something she said is still spinning her head.

This term, Gretzky will team up with Windsor-Tecumseh MPP Andrew Dowie and Essex MPP Anthony Leardi, both of Doug Ford’s Progressive Conservatives.

She said she knows this means the dynamics in the region have changed compared to the NDP stronghold the region used to be, but she looks forward to working together to bring “the voice of the greater good for our region to Queen’s Park’.

“My hope is that the two newly elected Conservative members in Windsor-Tecumseh and Essex will continue to build on the work Percy (Hatfield), Taras (Natyshak) and I have been doing together… to keep those lines of communication open and being real. willing to listen to the concerns I express on behalf of my constituents in Windsor West,” Gretzky said.

Gretzky noted that she is the only female elected representative in the region, both state and federal. She said she wants both the community and its politicians to look at how to involve more women, including young and racialized women, in the elections.

“It’s not just about talking about it, it’s actually taking the necessary steps and doing the work.”

Heading into her third term, Gretzky said she hears concerns about overall affordability — from hydropower to housing — as well as concerns about government-funded health care and education.

“Really looking at what people are struggling with today and tackling today’s problems. Those are really my biggest concerns,” she said.